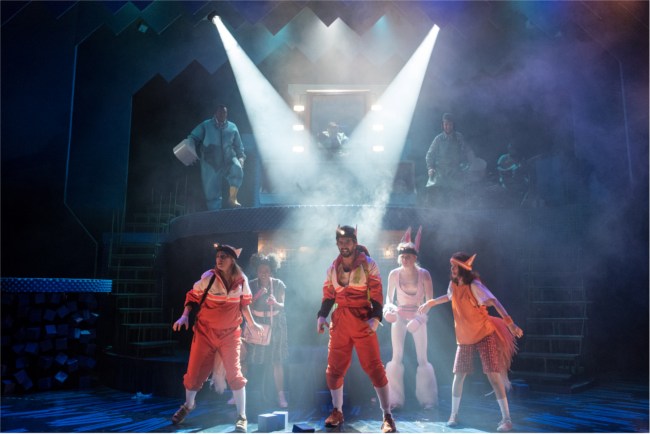 A tale of greed, pride and the power of friendship is how you could describe Sam Holcroft’s pantomime-style adaptation of Roald Dahl’s beloved Fantastic Mr Fox (Lyric Hammersmith), directed by Maria Aberg and marking a co-production between Southampton’s Nuffield Theatre, the Lyric and Leicester’s Curve.

Mr Fox is smart, clever and rather fantastic. Thanks to his ability to wrest food from the farms of the unpleasant trio of Bean, Boggis and Bunce, Fox has attained a status something close to stardom in his little world. Indeed enthusiastic, but far from bright, Rabbit positively gushes every time he comes near. However Mr Fox doesn’t realise how determined the farmers are to get revenge and as they begin to close in on the foxes, the foxy  patriarch’s integrity and daring are called for and found wanting. Despite the feisty marauder’s bravado, the loss of his long brush unsettles and unbalances him with potentially fatal consequences for all.

In the transposition from page to stage, the story seems to have lost its satirical bite, emerging as a raucous but cosy show, somewhat uneven and unfocused. However Arthur Darvill’s musical score is sprightly and tuneful, combining everything from disco and rock to what sounds suspiciously like imitations of Kurt Weill’s compositions for Bertolt Brecht.

At the heart of the action is Greg Barnett’s tracksuited Mr. Fox, wiring energetic and blinded by his own ego. A pregnant Lillie Flynn playing Mrs Fox makes a bid for feminist supremacy, much to the embarrassment of her erstwhile partner. Sandy Foster is a hyperactive and scatty Rabbit, while Raphael Bushay’s pedantic Badger comes across as her slow and earnest opposite. Best of all is Richard Atwill, who doubles as cider-swilling Rat and the smug sinister, shotgun-hugging Farmer, Bean. The set-piece in which Mr. Fox and his bunch of twitchy nerdy misfits try – and fail – to raid a farm is a delight and marks the high point of the evening.

This is certainly jolly escapist fun for the whole family but never quite mad or weird enough to live up to Dahl’s reputation.

Playing at the Lyric Hammersmith until 19 February 2017

Laurence is 50connect's theatre and film critic. When he’s not at the Menier, National or the Old Vic, Laurence binges on films around the West End.
Last modified: February 8, 2017 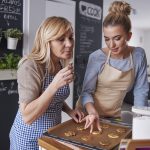 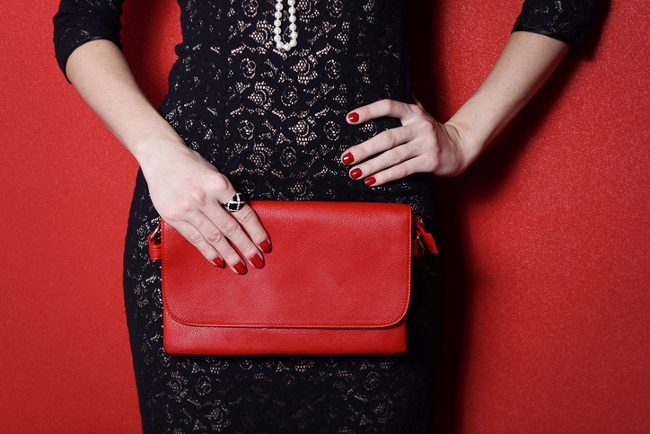 Next Story
Look fabulous whatever age or shape