Paul Katis’s debut feature is a piercing portrayal of the tragic events that befell a British patrol who wandered into a Soviet era Minefield in Afghanistan.

In September 2006 a small detachment of the British Army’s 3rd Battalion, The Parachute Regiment, was tasked with securing the area around the Kajaki dam in Helmand province. From two observation posts the men of 3 Para monitored the comings and goings of Taliban militia in the area surrounding the dam with little incident.

The relative calm was shattered on September 6 2006, when a three man patrol set off to dismantle a militia road block and unwittingly strayed into a Soviet era minefield, setting in motion a chain of events that would see one man die and six others seriously wounded, three of whom would lose limbs to mine strikes.

Kajaki is a non political film; it does not attempt to apportion blame; nor does it question the validity of the Afghan mission. It simply commits to screen the chaos of circumstances that overtook the Paras that day.

In harrowing detail the events unfold before the viewer with shocking ferocity and also great intimacy. One of the strongest features of the film is that it is not a gung ho ‘shoot em up’ a la Lone Survivor or Special Forces (two of the less notable films set in the Afghan theatre). Instead, Katis makes the military hardware redundant as he explores the closeness of the bond between men serving in a combat zone and dealing with the possibility that the next step they take could be their last.

The direction is taut, nerve shredding and adeptly maintains a closed theatre of action set within an immense landscape. His cast of relative unknowns makes brilliant use of the dialogue of scriptwriter Tom Williams, delivering some brilliantly black humour during some of the most harrowing scenes, which is an achievement in any film let alone one that deals with real events so traumatic and tragic. 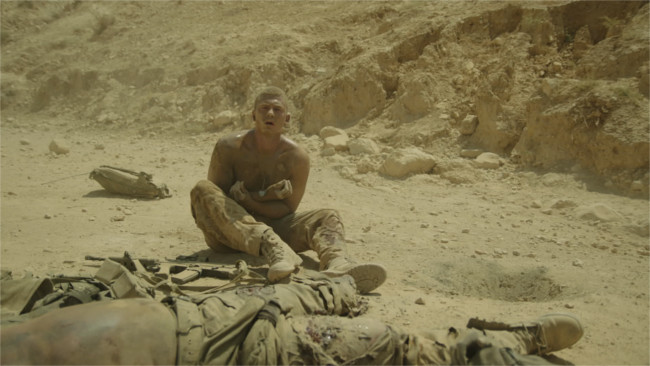 In one scene, soon after an abortive helicopter casualty evacuation, the injured soldiers sound off to keep up morale and to ensure they are lucid enough to communicate information that could save their lives to the approaching CASEVAC team. As the team sounds off a young fusilier, Barlow, states his name as Andy, to the consternation of the team medic who knows him only as Ken. After a few seconds the penny drops and the whole troop laughs while lying among broken limbs and spent field dressings. It seems an insignificant nickname, but it is central to illustrating the camaraderie and stoicism needed to get them out of the situation they were in.

The film was shot in Jordan in August 2014 in temperatures up to 50 degrees Celsius. That the production conditions were so arduous adds to the intensity of the picture: the sweat is real, the flies in eyes and crawling across the men's wounds are real – it is an altogether convincing depiction of the conditions the men experienced on that day.

Nerve shredding, heart-breaking and humour as black as night. Kajaki film is a real achievement and goes someway to giving us an understanding of the ever-present danger faced by front line personnel in Afghanistan. An absolutely superb, non-jingoistic tribute to the men of 3 Para.

Kajaki will be released exclusively through Vue Cinemas on November 28th, and will raise funds for four military charities supported by the production.

My day job is director of content for Olderiswiser Media Limited and I've spent the past 20 years developing consumer and commercial content strategies for print and digital publishers.
Last modified: November 13, 2014 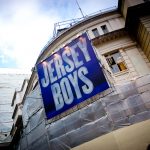 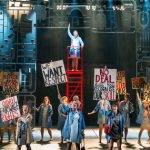 Next Story
Made in Dagenham