Laurence Green savours an amusing and eccentric insight, laced with Gallic individuality, into the daily workings of the broadcaster Radio France

The film observes the preparation and recording of Radio France's news and sports reports, dramas and documentaries, quizzes, concerts and chat shows over a 24-hour period in 'la maison' of the title,  a gigantic circular building and the home of France's equivalent of the BBC.

The opening montage juxtaposes various radio hosts on the air building to a cacophony of voices from a wide range of subjects, before focussing on an office conversation between a veteran news journalist and a clumsy new recruit. Here as throughout the film, the people onscreen aren't identified but are all united with one goal – make good French radio. And despite the title, the film also leaves the building for a recording session of nature sounds in the woods, interviews in people's homes and a live commentary from a sports reporter strapped to a motorcycle driver during the Tour de France.

Although this 'fly on the wall' documentary manages to explore the relationship between sound, language, reality and the imagination, it lacks focus, moving randomly from one vantage point to another  so we are fed snippets of information about the workings of this revered French institution rather than allowing us to follow one item to its inevitable conclusion and without giving us any background information. The result is that while the film remains interesting, it lacks the warmth and passion that Philibert brought to his excellent award-winning 2002 film Etre et Avoir, which provided a fascinating insight in to the daily life of a primary school.

I will however treasure the amusing and eccentric 'Composition aux elastiques' by Pierre Bastien, a man who makes music using Meccano, a wonky 45rpm turntable, rubber bands and assorted junk. It is in episodes like this, that the film achieves a certain Gallic individuality elsewhere lacking.

Laurence is 50connect's theatre and film critic. When he’s not at the Menier, National or the Old Vic, Laurence binges on films around the West End.
Last modified: February 4, 2015 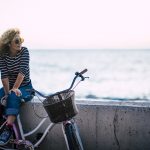