Laurence Green picks his top films from the first week of the London Film Festival.

More than 200 films from 57 countries as diverse as the USA, Britain, Australia, France, Italy, Germany, Israel, Iran, Russia, South Africa, Nigeria, India, South Korea, China and the Philippines will be screened over a 12-day period at the annual celluloid jamboree – the BFI London Film Festival. The event, which runs from October 9 – 20, not only provides an opportunity to catch the best movies from such prestigious international festivals as Cannes, Venice and Berlin, but also includes an official competition of its own with a best film award which recognises inspiring inventive and distinctive film making and of the 13 entries this year, four are new British works. 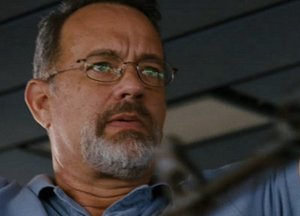 Indeed the British film industry is currently riding on a high and this is reflected in the fact that for the first time since 2006 the Opening Night Gala is a film from a British director. It is Paul Greengrass’s taut high-stakes thriller Captain Philips, recreating the 2009 hijacking of a US container ship by a crew of Somali pirates.

Tom Hanks plays the captain of the title, a curious yet experience seaman who has the unenviable task of navigating his vessel through treacherous waters, while Barkhad Abdi is the young fisherman-turned pirate under the brutal sway of local gangsters, with the two men paying a very human price for their endeavours. 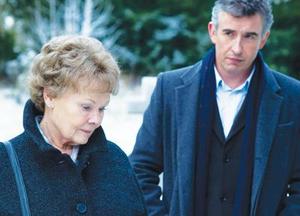 Undoubtedly, one of the highlights of the festival is Stephen Frears’ Venice prizewinning Philomena, a moving, funny and at times shocking true story of one woman’s search for her son. Falling pregnant as a teenager in Ireland in 1952, Philomena was sent to the convent of Roscrea to be looked after as a ‘fallen woman’. When her baby was only a toddler, he was taken away by the nuns and put up for adoption in America. Philomena spent the next 50 years searching for him but with no success. Then she meets Martin Sixsmith, a world-weary political journalist who happened to be intrigued by her tale. Together they set off for America on a journey that would not only reveal the extraordinary story of Philomena’s son but also create a close bond between Philomena and Martin. Judi Dench, as Philomena, and Steve Coogan (who also co-wrote the script with Jeff Pope) navigate the tonal shifts between drama and humour with great skill and imbue their real-life characters with depth and dignity. 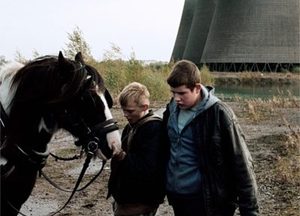 Another British film to look out for is Clio Barnard’s harsh but lyrical The Selfish Giant. Inspired by the Oscar Wilde story of the same name this tells the tale of Arbor and Swifty, two young boys growing up in a bleak Yorkshire town who get involved with a local scrap dealer and find a lucrative way to earn some money and give them some dubious purpose to their seemingly directionless lives by finding and selling copper wire. The film has the documentary style realism of a Ken Loach movie and boasts astonishing performances from non-professional actors Conner Chapman and Shaun Thomas.

A bold transposition from book to film is made by James Franco in As I lay Dying, adapted from William Faulkner’s 1930 novel about a hazardous journey a Southern farming family makes across the US in order to bury the body of the mother of the household. Franco (who also stars in the film) finds cinematic equivalents for the way in which the novel gives the interior psychological perspective of each character and the conflicts that erupts within and between them. The main drawback is an overextended use of the split screen technique but the film manages to realistically evoke period and place and with the aid of the fine ensemble acting performances emerges as a powerful, heartbreaking family melodrama. 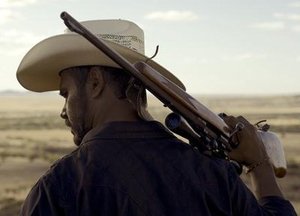 I was rather disappointed with Ivan Sen’s slow-burn thriller Mystery Road, set in outback Australia against the background of a community marked by racial tension and economic inequality.

The story centres on an Aboriginal policeman, who returning to his hometown after a long absence is given the job of investigating the brutal murder of a local teenage girl, and he uncovers a web of corruption and an increasing body count. The film seems like a distillation of the Western and crime thriller genres, has little new to say while the ending seems rusted and unsatisfying. However, Aaron Pedersen gives an impressive performance in the lead role. 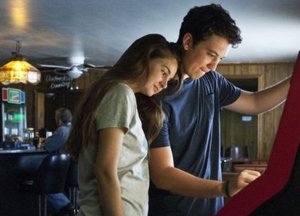 A romcom with a touch of class is how you would describe Ponsoldt’s The Spectacular Now. Sutter (Miles Teller) lives for the day. He is a high school senior, self-assured and with a sense of humour. After his popular girlfriend (Brie Larson) gives him the elbow, prompted partly by his penchant for whisky, the ensuing bender propels him onto the front lawn of Aimee (the delightful Shailene Woodley and a romance blossoms. However, awkward truths surface and Sutter finds his way of life compromised. Adapted from Tim Tharp’s novel, this is a funny, bittersweet film which skilfully eschews sentimentality and makes us really care for the characters and the predicaments in which they finds themselves, both Teller and Woodley won best actor prizes at Sundance this year. 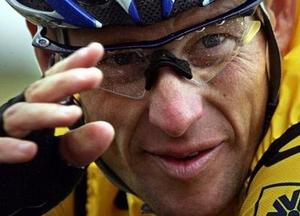 A documentary with a difference is provided by Alex Gibney’s insightful but overlong The Armstrong Lie. Gibney began recording cycling ace and cancer survivor Lance Armstrong in 2009 but filming was unexpectedly stopped following the much-publicised doping scandal. Gibney’s movie took a sudden dark and complex turn when he resumed his study of the athlete in 2013 following Armstrong’s public confession on the Opera Winfrey show. In this unflinching account of a sport dominated by money and power, Gibney’s persistence in getting close to Armstrong, his ex-teammates and the infamous Dr Ferrari, together with vivid archive footage of cycling races, draws an intimate portrait of an extraordinarily ambitious man prepared to stop at nothing to win but ending up a loser and in disgrace. 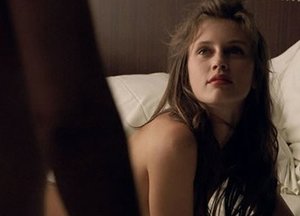 Films about rebellious teenagers come two-a-penny but Francois Ozon’s latest Jeune et Jolie is a cut above the rest.

This story of sexual self-discovery, centres on Isabella, a 17 year-old student who after losing her virginity during a brief holiday romance, embarks on a secret life of prostitution. Ozon takes a non-sensational approach to what in other hands could have been crude and distasteful and in exploring the effects of the protagonist’s behaviour on the moral ideologies of the teenager’s family, has come up with a frank and stylish movie, carried by an eye-opening performance from model turned actress Marine Vacht as the adolescent provocateur. 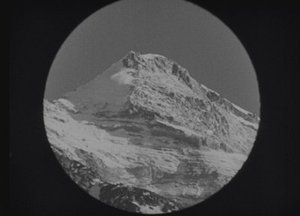 The best movie so far is the 89 year-old The Epic of Everest, the official record of the third attempt to climb Everest. This legendary expedition culminated in the deaths of two of the finest climbers of their generation, George Mallory and Andrew Irvine and sparked an on-going debate over whether or not they did indeed reach the summit. Filming in brutally harsh conditions with a specially adapted camera, Captain john Noel captured images of breathtaking beauty and great historical significance, The movie is among the earliest filmed records of Tibetan  life, but what resonates most deeply is Noel’s ability to frame the vulnerability, isolation and courage of people persevering in one of the world’s harshest landscapes. This remarkable restoration by the BFI National Archive has transformed the quality of the surviving film elements and reintroduced the original coloured tints and tones. Few modern movies can match the excitement and realism of the film and indeed few images in cinema are as epic – or moving – as the final shots of a blood-red sunset over the Himalayas. 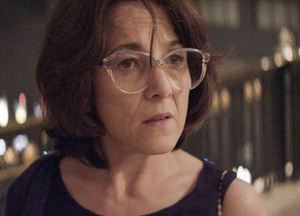 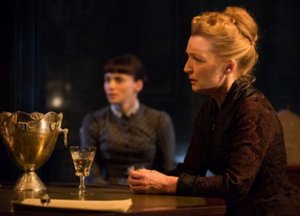 Next Story
Ghosts at Almeida Theatre