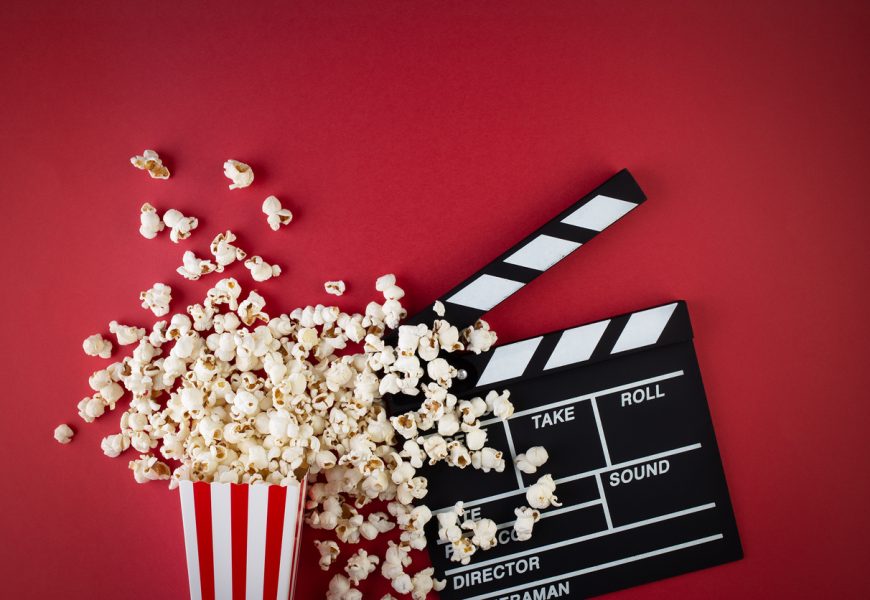 That annual 12-day celebration of cinema has just ended and once again served as a barometer of quality throughout the industry. This year’s selection was of a particularly high standard, although there was the occasional disappointment, and gave the public a valuable opportunity to catch the latest works by some of the world’s most eminent directors as well as the chance to discover great movies by new and emerging filmmakers. Following my earlier preview of the festival, I will now present a selection of the films not already mentioned which most impressed me.

Few films could be more urgent or timely than Stephane Brize’s Measure of a Man. The ‘man’ is question is middle-aged Thierry, who has been out of work for two years and is now trying to re-enter the jobs market, while struggling to support his wife and disabled son. Life, he discovers, is an endless process of negotiation – as witnessed in his attempts to sell his mobile home – but it also involves his submitting to cold market forces. This means not just taking a job that places him in moral conflict but having his very identity appraised along approved corporate lines. A gripping, realistic drama, it brings into sharp form the dehumanising effects of both unemployment and the workplace. Vincent Lindon gives a quiet performance of depth and authority as the protagonist, which was awarded with a Best Actor prize at the 2015 Cannes Film Festival.

One of the great actors of all time is the subject of Steven Riley’s fascinating documentary Listen to Me Marlon. Riley makes extensive use of an extraordinary personal archive from Brando’s estate to let the legendary actor tell his own story from beyond the grave. Taking its title from his self-hypnosis tapes, Brando talks with astonishing candour about his life and loves, beliefs and doubts, faults and contradictions. As a young unknown he admits that what drove him to acting was an “unquestionable curiosity about people”. Utilising a treasure trove of audio recordings, rare photos and film footage, as well as home movies, news reports and excerpts from his films, the documentary is both intimate and funny – “there is a Hollywood saying that if you want a message in a film, go to Union Pacific!” – to form a deeply moving and revealing portrait of this complex and charismatic screen icon.

I was captivated by Hiromasa Yonebayashi’s beautiful animated film When Marnie was There, which will be the last film from Studio Ghibli for a while. based on a novel by Jason G Robinson, the story centres on Anna, a sickly girl who is sent to live with relatives on the coast in order to get some air. Walking near a marsh one day, she befriends Marnie, a girl of a seemingly similar age who claims to live in an old mansion. At times the house looks clean, lived in and full of guests, but it can also look empty and dilapidated. When she starts to dream about her new friend and the strange house, the line between real and the imagined becomes blurred for Anna. Visually eye-opening – the animation is completely hand drawn – this is a film which will enchant both young and old alike.

It is a pleasure to find a film as intoxicating and immaculate as Todd Haynes’s Carol. Based on Patricia Highsmith’s 1952 novel, The Price of Salt, the story centres on the love affair between youthful, aspiring photographer Therese, working in a Manhattan department store and alluring older woman Carol, whose marriage is on the rocks. Overwhelmed by their sudden attraction, the two women gravitate towards each other, courageously defying the suffocating conformities of mid-century America and despite the threat their connection poses to both Therese’s relationship with her steady boyfriend and Carol’s custody of her young daughter.

Cate Blanchett is excellent as Carol, whose elegant poise masks her crumbling interior world, while Rooney Mara makes a pretty, ambitious but callous Therese. The 1950s atmosphere is superbly evoked – a period of sleek cars, dapper hats, button down coats and foggy restaurant windows and Carter Burwell’s swelling score gives these images voices. This is indeed cinema at its most eloquent!

The pain of choosing between an Irish homeland and the new promise of America, between the certainties of one suitor and the infectious dreams of another is the dilemma that faces the protagonist in John Crawley’s deeply affecting Brooklyn, adapted by Nick Hornby from Colm Toibin’s best-selling novel. This charming, irresistible film is enhanced by a captivating central performance by Saoirse Ronan, while Julie Walters and Jim Broadbent stand out among the uniformly first-rate cast. The post-war atmosphere is beautifully conveyed as is the poetic melancholy of the novel. An unexpected delight.

A film with both compassion and grit is how one could describe Jacques Audiard’s Dheepan, winner of this year’s Palm d’Or at the Cannes film festival. The film centres on two Sri Lankan strangers who pose as a family to overcome the French immigration system but find that further hurdles await them in the Paris suburbs, not least deciding what kind of relationship they want to have.

A ravishingly beautiful foray into historical martial arts territory is provided by Taiwanese master Hou Hsiao-Itsien who won the Best Director award at Cannes with his latest work The Assassin. Set in 9th-century China, the film situates amid the volatile power plays and political instabilities that marked the end of the Tang Dynasty. It is here that we first meet Nie Yinniany (Shu Qi) who was abducted from her family at the age of 10 by a nun who trained her to be an exceptionally lethal assassin, tasked with killing corrupt officials. When she fails an important assignment in order to both punish her and eliminate the last vestiges of feeling in her being, she is ordered to kill the man to whom she was once betrothed. Although the story is at times rather confusing, visually the movie is breathtaking, well acted, elegant and absorbing.

It’s the perfect partnership – one of our finest actresses, Maggie Smith and one of our greatest playwrights, Allan Bennett – who have come together once again for Nicholas Hytner’s witty, insightful screen adaptation of Bennett’s 1999 work The Lady in the Van. It is the late 1960s and Bennett (Alex Jennings) has just moved to leafy Gloucester Crescent in Camden. No sooner has he arrived than he encounters Miss Shepherd (Maggie Smith) a destitute and ill-tempered lady of an indeterminate age who has set up home in a van up the street. When she outstays her welcome with the neighbours, Bennett takes pity on her and allows her to park the van in his driveway and what should have been a 3-month stay lasts until her death 15 years later.

Bennett uses this real-life story to expand on the themes of community spirit and loneliness as well as the ways in which dependency is created between writer and subject. This is no filmed play as Hytner has opened out the action, so that it does not remain tied to one location. The film imaginatively has two versions of the writer who can talk to each other, a device that allows us to understand what is going on in his head. Maggie Smith is, as you would expect, first rate and dominates the movie as the stubborn, manipulative but engaging Miss Shepherd. Authenticity is heightened by the fact that the film was shot on location in the real street and house where the events actually occurred.

But the outstanding film of the festival is Laszlo Neme’s powerful first feature Son of Saul. The movie is set in Auschwitz-Birkenau death camp in 1944 and one Hungarian Jewish prisoner Saul is a member of the Sonderkommando, a group of prisoners given the humiliating and illusory privileges as trusties, with minor increases in food rations in return for carrying the bodies from the gas chambers to pyres to be burned, then carting the ashes away to be dumped. The task is carried out at a frenetic, ever-accelerating pace around the clock as the Allies close in. Having witnessed the suffocation of a young boy who miraculously has survived the gas chamber, Saul sets out to find a rabbi among the prisoners to give the boy a proper burial. In doing so, he places both his own life and the escape plan hatched by his fellow inmates in jeopardy.

Nemes eschews and grand overview of the Final Solution in favour of a penetrating subjective portrait of one man’s journey through hell. As Saul travels through every part of the camp on his search, the atrocities, continually barking dogs and repeated sounds of gunfire, are heard off camera or glimpsed beyond the focus of Saul’s immediate vicinity, consistently reinforcing the horror and barbarity. Poet Geza Rohrig’s hypnotic debut performance as Saul, with his hollowed eyes agonised face and expression of drained detachment while the camera stays on him for almost the entire film, is nothing short of stunning.

It is no surprise them that this unforgettable film won the Grand Prix this year at Cannes!

Laurence is 50connect's theatre and film critic. When he’s not at the Menier, National or the Old Vic, Laurence binges on films around the West End.
Last modified: January 1, 2021 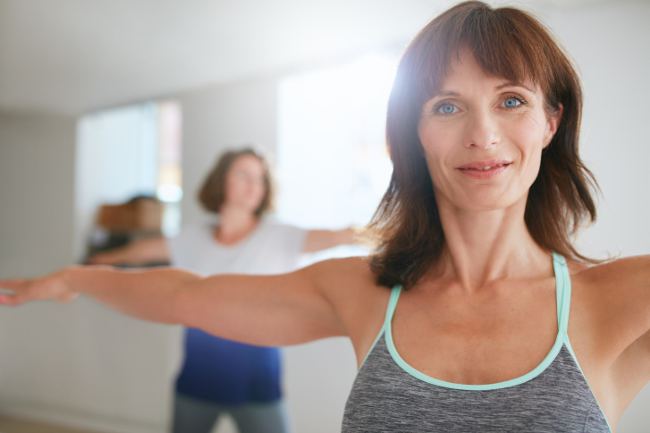 Previous Story
7 ways to make a difference your health
→ 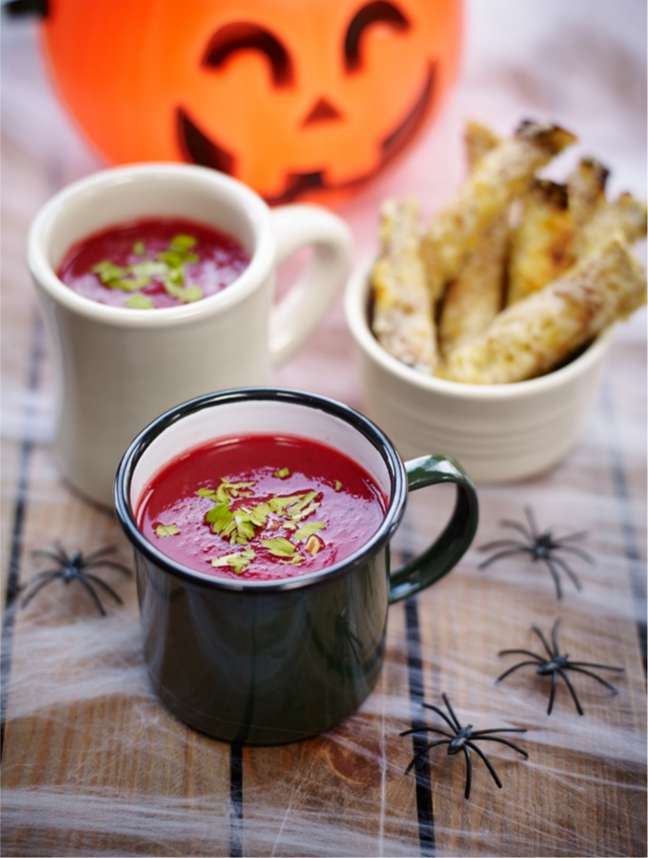