The Keeper of Lost Causes

Carl Morck is a troubled detective who takes the fall when his partner is wounded during a routine operation. Reassigned to the newly created department Q, a basement – bound job filing cold cases, he is allocated a new assistant, Assad, a smart young Muslim cop. Always one to go against orders Morck throws them headlong into a mystery of a politician who disappeared five years earlier. Merete Lungaard had vanished without a trace from a ferry crossing and was presumed to have taken her own life. Despite the presence of an eye witness, Merete’s brain damaged younger brother, Uffe, the case had long been dismissed as unsolvable. The two dedicated cops now embark on a dangerous journey that will uncover the shocking truth.

I feel it would spoil your enjoyment if I told you more about the plot. Suffice to say that Norgaard skilfully manages to weave the events that occurred to Merete in the main body of the narrative which centres on the two cops’ hunt for clues. Through clever plotting and mise-en-scene, the various parts of the jigsaw fit neatly into place, leading up to a truly nail biting climax. When so many films today revel in blood and gore it is a pleasure to come across a thriller strong on plot and characterisation which uses light and shadow to such great effect.

Nikolaj Lie Kaas effortlessly carries the film as the determined, solitary, divorced cop, Morck, while Lebanese born Swedish actor Fares Fares fully convinces as his dogged sidekick, Assad and Sonja Richter impresses as the female in distress Merete. There is also a commendable performance by Mikkel Bo Folsgard as her handicapped brother who can’t use words to express himself but who’s clearly been traumatised by events in his life.

In short then this first rate Danish movie can certainly be said to be in the Hitchcock mould!

The Keeper of Lost Causes

My day job is director of content for Olderiswiser Media Limited and I've spent the past 20 years developing consumer and commercial content strategies for print and digital publishers.
Last modified: August 8, 2014 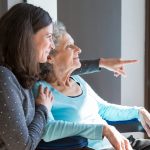 Previous Story
When your parent becomes your child
→

Next Story
National Trust gardens near you