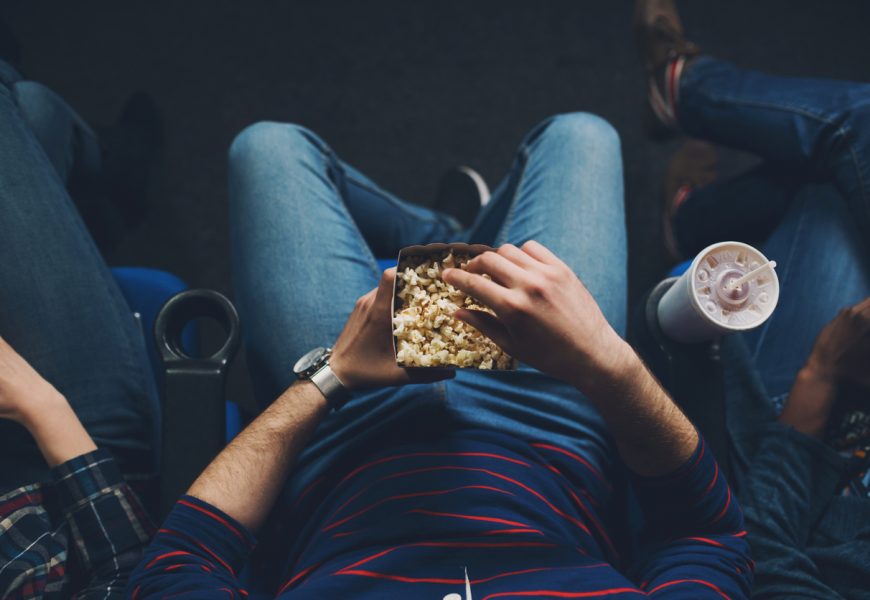 The 61st BFI London Film Festival which has just ended, provided a true feast of celluloid treats, with more than 240 films screened in the 12-day event, in what was a good, if not great, year. It is worth looking back at what were some of the standout movies not mentioned in my festival preview.

An inspiring account of one man’s physical and emotional journey is charted by David Gordon Green in the engrossing movie Stronger, about the real life survivor of the 2013 Boston Marathon bombing. Determined to win back his ex-girlfriend Jeff Bauman promises to cheer her on at the finishing line of her first marathon. Carrying a makeshift banner of support, Jeff impatiently awaits Erin’s arrival when an explosion rips through the crowd. Regaining consciousness in hospital, he learns the devastating news that he has lost both his legs. Able to provide the police with vital information about the identity of the one to the terrorists, Jeff is celebrated in the media, but as he begins the arduous process of recovery of recovery and rehabilitation, he struggles to accept the role of hero that is thrust upon him. Based on the memoir by Bauman, the film focuses on Jeff’s ordeal of learning to accept loss and find meaning in life, aided by a moving performance by Jake Gyllenhaal as the wide-eyed working class Bostonian, whose life is changed forever by a random act of terror.

One of the true highlights of the festival was Saul Dibb’s robust, sinewy new screen version of RC Sherriff’s acclaimed First World War drama Journey’s End. It is Monday 18 March 1918 and C Company, led by Captain Stanhope (Sam Claflin) is about to take its position on the front line. Intelligence suggests an imminent German attack and having been all but abandoned by the commanding officers, Stanhope knows there is little chance of survival. Trench supplies and munitions are depleted as is the troops’ morale. In those appalling conditions, each man’s character is laid bare. Dibb’s taut assured direction is dread inducing, from the start – the claustrophobic, stifling spaces of the trenches is almost palpable – and the film boasts praiseworthy performances  – apart from Claflin’s Stanhope, whose own shredded nerves are steadied with alcohol there is Paul Bettany’s Osborne, the epitome of the English stiff upper lip , and Asa Butterfield,  particularly impressive as Raleigh, the tender recruit who ardently requested a placement to be close to Stanhope, his sister’s fiance. This is an intimate, engaging portrait of men at war, the close bonds formed between brothers in arms and the unbearable burdens of command, as well as emerging as a powerful indictment of this terrible war’s cost in lost lives.

A small British film that made a big impression was Daniel Kokotajlo’s Apostacy. This movie, which deals with the issue of faith, is set among a community of Jehovah’s Witnesses in Manchester and features a superb performance from Siobhan Finneran as a mother Ivanna torn between her religious devotion and keeping her family together in the modern world. Her youngest daughter Michelle has anaemia, the treatment of which is strictly forbidden by her religion, while her eldest Luisa, has fallen in love with a Muslim boy at art college. The tussle between the secular and the sacred is beautifully nuanced and the film employs a precise visual style to evoke the quiet internal world of religious believers who find themselves in, but not part of, our world.

Another film of particular note was Samuel Maoz’s slow-burning Foxtrot, winner of the Silver Lion at the 2017 Venice Film Festival. This is an unflinching family tragedy with a strong dose of irony, which is set in a surreal Israel, where loss and pain are randomly distributed. The movie examines the relationship between a father and his remote son, who was posted to a remote checkpoint in the desert with three other soldiers and focuses on a couple grappling with every parent’s worst nightmare. Although the film’s underlying theme is grief and the waste of young life it is infused with a strong element of black humour. It was inspired by a real episode experienced by the director who nearly lost his daughter the day he told her she’d have to take the bus to school. She was late and missed it – a few moments later a terrorist detonated his suicide vest on it!

A sensitive study into the inner components of a relationship built on a complex web of deceit and lies is how you could describe Ofir Raul Graizer’s striking first feature The Cakemaker. During one of his many trips to Berlin, Israeli businessman Oren visits a cafe and falls instantly in love – both with its cakes and with Thomas, the baker who makes them. The two start a secret affair which ends abruptly when Oren dies in a car crash in Jerusalem. Grief-stricken, Thomas travels to Jerusalem and gets a job at the local cafe, owned by Oren’s widow (the excellent Sarah Adler) who is oblivious to the real reason that brought Thomas to her. A small gem!

One of the more unusual films was Sebastián Lelio’s A Fantastic Woman. When her lover Orlando dies suddenly one night, Marina is left in a state of shock. Grief-stricken, the singer and waitress has the unenviable task of recounting what happened to Orlando’s family, whose response to the fact that she’s a trans woman range from frosty to scabrous and even hostile. It seems love and cohabitation count for little and Marina  must fight for her rights, her home and even custody of her dog, while the police only offer a new set of humiliations. Trans actress Daniela Vega is a knockout as Marina, offering a vision of resistance as she battles transphobia and prejudice to get things done, This is not a film you will forget in a hurry!

A rousing, heart-breaking celebration of political activatism is provided by Robin Campillo’s urgent, emotionally-charged 120 BPM (Beats Per Minute), which won the Grand Prix at Cannes. Based on personal experience this rousing account of AIDS activist group ACT UP – Paris in the 1990s begins at a group meeting. As members discuss action and debate strategy, a small group of new recruits are welcomed into the fold. Among them is introspective, HIV-negative Nathan, who finds himself romantically drawn to outspoken group member Sean. This is a film bursting with anger and passion, with one particularly stunning scene when the group burst into the medical lab of a pharmaceutical company dragging its feet over launching a potentially vital anti-AIDS drug and smear artificial blood over its walls. This is a film that resonates in the mind long after the final credits.

Briefly two films also worthy of mention are: Alexander Payne’s biting and bewitching satire Downsizing (with Matt Damon) which puts climate change, mobility and immigration under the microscope when scientists discovers a method for shrinking people to pocket-size as part of a grand design to limit humanity’s  footprint and save the world; and the poetic visual essay Faces Places, in which the veteran 89-year-old director Agnès Varda and, JR, the young photographer, embark on a road trip around France where they find uplifting stories, the faces associated with them, and buildings, where JR’s enormous photographs can be pasted up, the most arresting being a huge concrete German gun emplacement a local mayor had tipped off the cliff for safety reasons and now lies embedded on the beach at a beautifully absurd angle.

The Shape of Water

But the most original and innovative film in the festival was Guillermo del Toro’s superb Golden Lion winner The Shape of Water, which is a cross between The Creature from the Black Lagoon and 42nd Street. At the height of the Cold War, in a secret US laboratory, a young, mute woman begins to communicate with a strange aquatic creature. Elisa (the marvellous Sally Hawkins), whose only friends are her gay artist neighbour (Richard Jenkins) and fellow cleaner (Octavia Spencer) , is alarmed by the behaviour of cruel research head Strickland (Michael Shannon), who sees the creature as nothing more than an oversized lab rat. And with the Russians keen to get hold of the creature, Elisa sees it as her duty to save the beast from extinction. Intertwining sci-fi, horror, Gothic romance and even song and dance – there is something for everyone – to spellbinding effect, del Toro’s singular vision is enhanced by Dan Laustsen’s vivid cinematography and  Alexandre Desplat’s excellent score. A truly remarkable movie.

This content was is reproduced courtesy of OnTheBox.com. Read original version of BFI London Film Festival 2017. 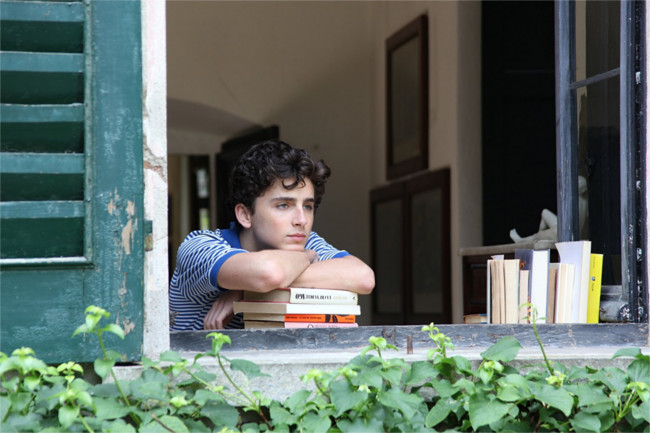 Previous Story
Call Me By Your Name
→ 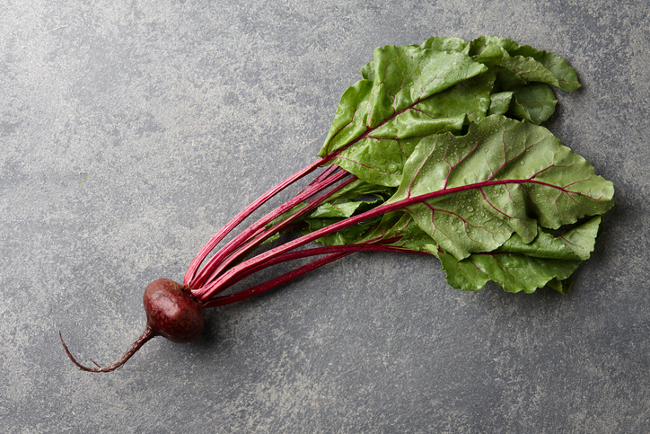