Touring the Aardman Studios is an eye opener

HomeFilmTouring the Aardman Studios is an eye opener

I am a Big Picture type who rushes at life, metaphorically wielding a bulky brush slapping dollops of vivid paint on a massive canvas. Lacking finesse and subtlety, I’m like the proverbial bull in a china shop!

That’s why I’m fascinated by the opposite Detail Types who possess the talent, care and patience for creating intricate, exquisite tiny works of art.

I had the unusual privilege of witnessing such dedicated creative artists hard at work when I joined a group of international journalists for a tour of the impressive Aardman Animation Studios in Bristol.

We were treated to a glimpse into this private, creative world where a team of more than 100 talented artists spend endless hours perfecting tiny models and miniature sets. Each animator creates just two or three seconds of footage per day!

However all this painstaking attention to detail, crawling along at an agonisingly slow pace, will culminate in a Big Picture, a Very Big Picture; the astonishing Shaun the Sheep The Movie on February 6, 2015!

Shaun the Sheep The Movie

Now many grandparents will be familiar with the loveable character of Shaun The Sheep from his starring role in the television series, which debuted on BBC1 and CBBC in 2007. Nick Park’s 1995 Academy Award winning short film A Close Shave inspired the innovative series.

Millions of children and adults of all ages took Shaun into their hearts, voting him the most popular BBC character, and clearly the precocious little woolly chap was destined for the Big Screen.

Now here we were in the summer of 2014, sitting nervously in the theatre, excited to be amongst the first to see previews of this ambitious animated movie, years in the making.

Before the magic was unveiled, we were warmly welcomed by executive producer Peter Lord. Peter co-founded Aardman Animations with David Sproxton in 1972, while the creative duo was still at school!

Peter and his team deserve to be proud. Over four decades Aardman has become the world leader in model animation, knocking the socks off the movie industry at the Oscars. 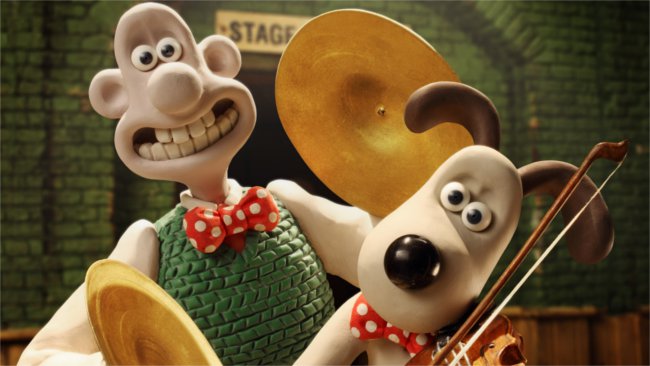 Producer Paul Kewley explained that the story of Shaun the Sheep is all about a quirky family; Shaun and the Flock, Bitzer the officious Dog and the Farmer, a myopic father-figure stuck in his daily habits. Later in the story we meet cruel villain, Trumper and Slip, the adorable orphan dog.

The massive challenge for the writers led by Mark Burton was to create a movie with absolutely no dialogue! The plot line has to be understood by children and viewers of all ages through the actions, not words, of the characters and through the visual cues in each scene!

As we watched clips from Shaun The Sheep it was obvious the creators had achieved this challenging goal of taking the viewers on a rollicking romp, an exhilarating adventure, all without words!

In these days of advanced Computer Generated Images (CGI) making it possible to churn out spectacular animated movies, it is refreshing, inspiring and mind-boggling to know that a team of creative souls is dedicated to producing an entire movie made from models and miniature sets in the “Stock Frame” method and the Silent Movie tradition.

And also in these days of violent movies and video games being served up to impressionable children, it is reassuring to see an entertaining movie that is wholesome and heart warming with endearing characters and an uplifting message.

Keen to encourage grandparents and parents to take their children to this see this unique movie, I asked if there was a moral to the story.

Mark explained that the theme of the Shaun the Sheep The Movie is the preciousness of family. Sometimes, like Shaun, we might get bored, annoyed or frustrated with mundane family life and want to break free but we return to the bosom of the family. No matter how oddball, quirky, eccentric and flawed our own cast of characters we love ‘em!

I am sure the movie will be a great success with mass appeal around the world with children and grown-ups of all ages and cultures making all the painstaking creativity and prodigious work worth every precious second!

Shaun the Sheep – The movie

In cinemas nationwide from February 6 2015.

Diane Priestley is a seasoned journalist with a career spanning over 30 years writing for newspapers, magazines and online publications in Australia and the UK. She is also a qualified counsellor and specialist writer in developmental psychology, healthy lifestyle and humanitarian issues. She moved to London in July 2009 and now lives on the seafront in Folkestone Kent. She loves to travel in the UK, Europe and Africa, vegan cooking, gardening, growing fruit trees and veggies, listening to favourite music - folk, country and romantic ballads.
Last modified: June 10, 2021 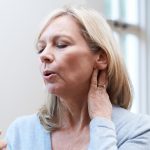 Next Story
Coping with the transition to Menopause