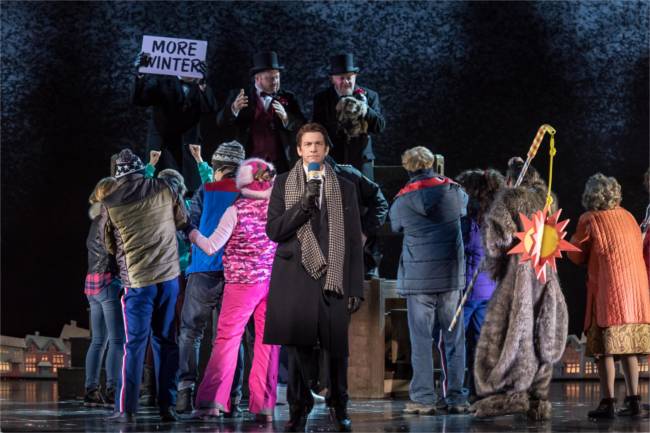 Success in the cinema is no guarantee when a hit movie is adapted for the stage. But no such reservations exist with Mathew Warchus’ endlessly entertaining new British musical Groundhog Day (Old Vic), based on Danny Rubin’s funny and clever 1993 Hollywood movie starring the sublime Bill Murray.

It’s February 2 and cynical TV weatherman Phil Connors is sent to dreary Punxsutawney to cover the annual appearance of the local groundhog, famed for its ability to predict when spring will come. Phil is no fan of small town life or this peculiar tradition, and only the presence of the lively young producer Rita promises to make the trip bearable. Yet instead of getting lucky he finds himself trapped in a time loop, forced to repeat the same day again and again, initially an opportunity for mischief and later a chance for redemption.

The show is the brainchild of four of the creators from the excellent Matilda the Musical, reuniting director Mathew Warchus (also artistic director of the Old Vic), composer and lyricist Tim Minchin, choreographer Peter Darling and designer Rob Howell. There are some wonderful set pieces including a number of ways Phil tries to kill himself but keeps waking up in bed, a drunken police car chase which expertly uses the five revolves of the stage and props to pull it off and a groundhog rocking the drum kit to a big song and dance tap number.

I must admit though, that the show takes a little while to really find its feet and the first half is rather protracted. But no such reservations exist for the gripping and poignant second half when the musical really soars.

The movie’s spirit remains intact, seamlessly combining joy and darkness and fantasy and misanthropy, but Minchin has also a host of new jokes and his score inhabits half a dozen different idioms including funk, soul, rock n’ roll, bluegrass and country and western. Indeed, the music is the star of the show, giving us some beautiful reflective moments as well as some hilarious and crude ones. The best number is the haunting final song ‘Seeing You’ which should become as big a hit for Minchin as Memories (from Cats) was for Lloyd Webber.

The imaginative set is integrated to the show’s fluency and ingenuity comprising a toy – town dinky with miniaturised houses on poles and a festooning of whitened townscapes to bring home the way that Phil goes on a journey from two-dimensional hog to fully round human.

Broadway star Andy Karl exudes all the self-regarded of the minor television star and sneering contempt for a town of ‘hicks and magical beavers’. He manages to be poisonously sarcastic, charmingly vulnerable and charismatic, even in moments of melancholy. Carlyss Peer impresses as his kindly, forthright location producer, Georgina Hagen is, delectable as the lonesome Nancy, and there is a particularly amusing turn by Andrew Langtree as a maddening insurance salesman.

A further commendation must go to Paul Kieve who adds to the theatricality with some awesome illusions, the best of which shows Phil apparently electrocuting himself in a bath, only to emerge seconds later in his familiar bed.

Who knew that déjà vu could seem so fresh all over again?

Laurence is 50connect's theatre and film critic. When he’s not at the Menier, National or the Old Vic, Laurence binges on films around the West End.
Last modified: August 26, 2016 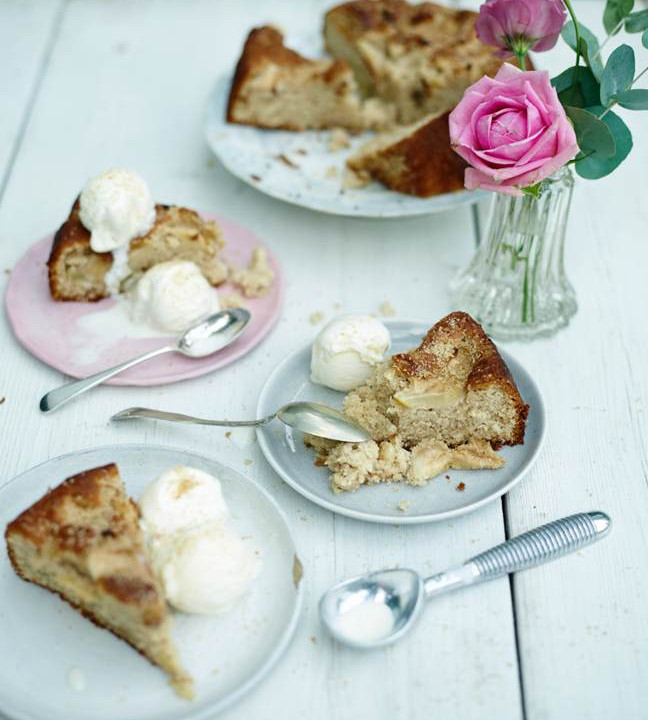 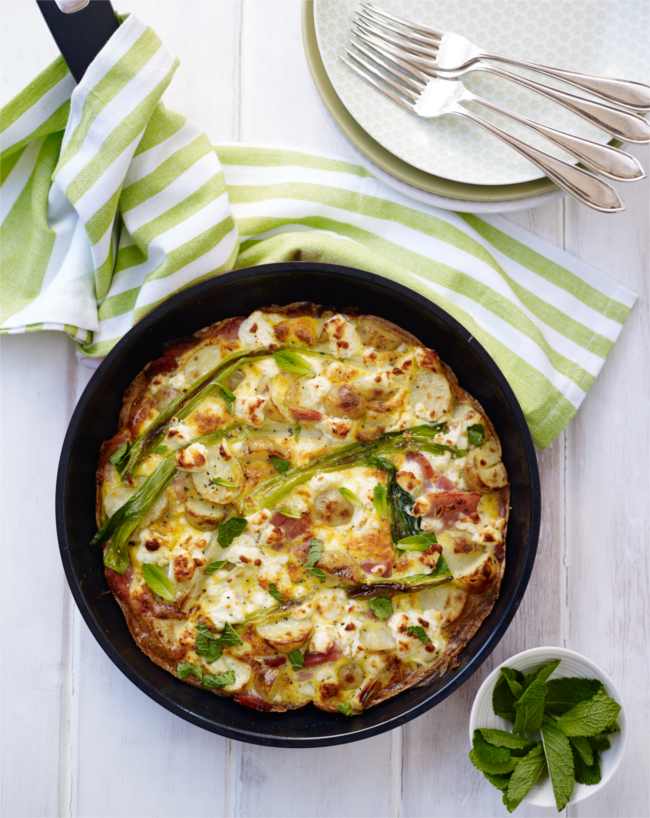