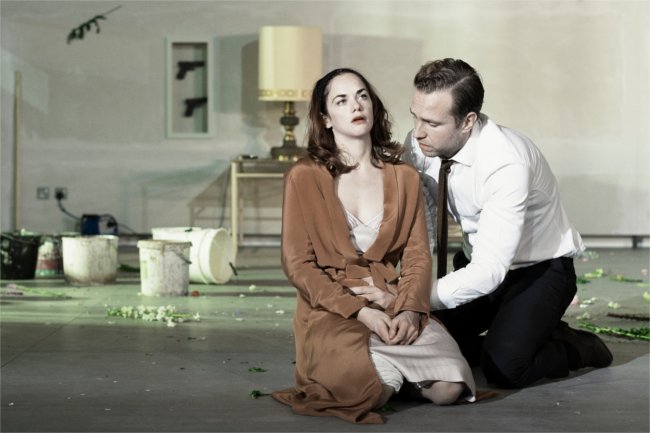 This is one of the most memorable portraits of a soul in crisis centring on a passionate woman, a victim of social convention, who rebels against the numbness of a stifling, loveless marriage, but is fearful of the prospects of scandal. We first see her slumped over a piano, as if drunk, aimlessly picking out a few notes, whilst her husband and his aunt talk about her as though she isn’t there. Hedda here becomes the ultimate desperate housewife, a woman who literally doesn’t know what to do with herself, seeing all her dreams and ambitious come to nothing, flicking the blinds and stapling dead flowers to the wall just to have something to do with her time and her life. Indeed she is as invisible to others as she feels herself and her own calling, is to be “bored to death.” In fact she is unhinged by it.

Ruth Wilson has carved out a career playing intense characters and she turns in a superb, subtly performance here as Hedda, a woman who barely knows what she will do from moment to moment, taunting her former lover Løvborg, tempting him to drink in order to feel, her own power and drive to destruction. Her destruction of Løvborg’s manuscript makes her punch the air in triumph, yet prefigure her own self-destruction. She is supported by a first rate cast – Kyle Soller as her American academic husband Tesman is a perfect mix of pedantry, gaucheness and bright-eyed ambition, while Rafe Spall’s Judge Brack is not a charming seducer but a dangerous blackmailer, a man who revels in exercising power with no sense of moral scruples. Commendations must go to the Chukwudi Iwuji as the writer Løvborg, a man pursed by two women, Sinead Matthews as Hedda’s friend Thea, a women prepared to leave her husband and give everything up for Løvborg and for love, and Kate Duchêne, who makes Aunt Juliana a genuine person prepared to do good.

Jan Versweyveld’s set is a sparsely furnished white box; an apartment (complete with entry phone, mirror table and chairs) that has perhaps seen better days and its design gives an impression of institutional coldness. Joni Mitchell’s song Blue, which is played between scenes, becomes the perfect undercurrent to Hedda’s aching ennui and is just the right mood music for a vision of melancholy soul-searching.

This then, is an excoriating production that gains in power as the evening goes on thanks mainly to Ruth Wilson’s thrilling central performance. Another triumph for the National!

Our aim is to provide content for 'grown-ups' bringing you the latest lifestyle, travel and recipes. Plus health and finance tips from our expert columnists. Have your say on stories that matter to you and enter our free competitions and most important of all, enjoy 50connect!
Last modified: January 3, 2017 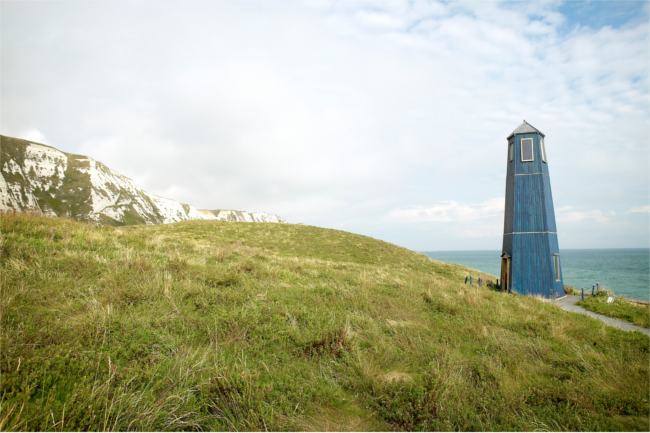 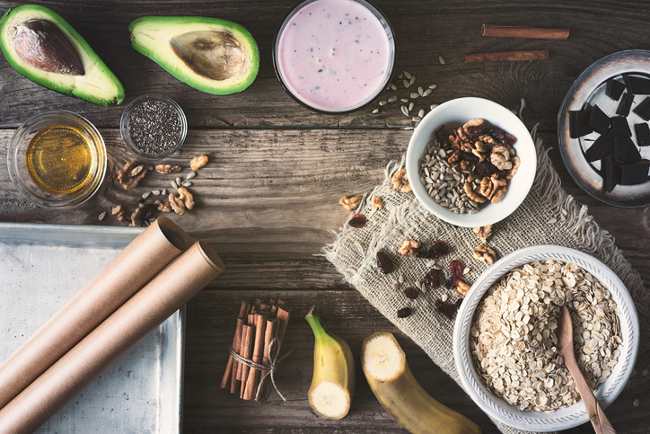