That annual 12-day celluloid jamboree is with us again, providing a true feast of film-going for all movie lovers.

More than 240 feature films will be screened at the 58th BFI London Film Festival which runs from Wednesday 8 to Sunday 19 October and one again Britain has a strong strong presence. In a truly international programme the films are drawn from a wide variety of different countries.

The opening film Morten Tyldum's The Imitation Game, an intense and haunting portrayal of the life and work of Alan Turing (superbly played by Benedict Cumberbatch, pictured above), one of Britain's most extraordinary unsung heroes and one of the world's greatest innovators.

The pioneer of modern day computing, Turing is credited with cracking the German enigma code and the film is a nail-biting race against time by Turing and his brilliant team at Britain's top secret code breaking centre at Bletchley Park, during the darkest days of World War II. Turing whose contributions and genius significantly shortened the war saving thousands of lives, was the eventual victim of an unenlightened establishment when he was shamefully arrested in 1952 on charges of 'gross indecency' which led to his conviction for the criminal act of homosexuality. The film does full cinematic justice to the vision, determination and personal story of this remarkable man.

The closing film is David Ayer's Fury, set during the last months of World War II. As the Allies make their final push in the European theatre, a battle-hardened army sergeant (Brad Pitt) commands a Sherman tank and her five-man crew on a deadly mission behind enemy lines.The film successfully balances the human drama of war with thrilling action sequences and is certainly one for your diary.

One of the highlights of the festival is Bennett Miller's nerve-jangling Foxcatcher. Based on true events, it tells the unlikely and ultimately tragic relationship between an eccentric millionaire (Steve Carrell) and two champion wrestlers, Mark Schultz (Channing Tatum) and his brother Dave (Mark Ruffalo), Bennett won Best Director Cannes this year for this rich and moving story of brotherly love, misguided loyalty and the corruption and emotional bankruptcy that can accompany great power with wealth.

Few first features are as stunning as Yann Demange's riveting '71. The film is set at the height of The Troubles in Northern Ireland. It is not a political tract and avoids bias, although there are clear targets in its sights: the corrupting nature of the conflict and the divisions within Sectarian groups, even the army hierarchy. Gary Hook, a squaddie fresh out of training school is sent with his unit to help with the peacekeeping in Belfast. The soldiers have barely taken to the streets before rioting breaks out and Gary finds himself cut off from his companions, chased by provisional militia and reliant on the mercy of loyalist allies who offer no hope of sanctuary. The sharp economical script by Scottish playwright Gregory Burke, together with a grittily realistic performance by Jack O'Connell and a pervasive aura of nocturnal threat results in a knife-edge thriller that makes a deep impression.

It is a pleasure to find as accomplished a movie as Andre Techine's stylish French Riviera. (Don't be put off by the title suggesting a travelogue on the Cote d'Azur, the French title L'Homme qu'on aimait trop (translates as The Man Who Was Loved Too Much). Based on real events in the 1970s, the story centres on the unexplained disappearance of a Nice casino-owner's daughter. Renee La Roux (an excellent Catherine Deneuve) values the insightful advice of a attorney Maurice Agnelet (Guillaume Canet), while her recently divorced daughter Agnes (Adele Haenel) is attracted to him for other reasons. So what happened to make Renee 30 years later, insist the police extradite her erstwhile right-hand man from Panama to face trial for Agnes's murder? This cool, clear-eyed, intelligent film charts how the relationships between all three shift steadily from friendship and love to suspicion, hostility and betrayal.

A Chinese puzzle of a movie with a 1940s-style femme fatale at its centre is how you could describe Diao Yinan's complex, clever thriller Black Coal, Thin Ice. The year is 1999, the place Northern China.

Divorced cop Zhang is witness to a monumentally bungled arrest in a beauty parlour. Fast forward to 2004 and a now disgraced Zhang has taken a job as a security guard drowning his sorrows, but a murder that occurred five years previously when a disembodied hand was found mingled with the coal on an industrial conveyor belt, returns to haunt him, as body parts continue to pile up with ice skates gruesomely attached. A strange mystery then, but one Zhang is determined to solve. This is a tense beautifully shot film that won the Golden Bear at the 2014 Berlin Film Festival.

Other recommendations: Peter Sattler's powerful documentary Camp X-Ray, which explores the violence and inhumanity of America's 'War on Terror' and the effect it has on one female recruit (excellently played by Kristen Stewart) at a detainee camp in Guantanamo Bay; Gerry Fox's Marc Quinn – Making Waves, an entertaining, often amusing documentary, recording a year in the life of the celebrated, controversial British artist; Afia Nathaniel's Dukhtar, a gripping road movie that explores the sisturbing plight of child brides in Pakistan; and Randall Wright's illuminating documentary Hockney: A Life in Pictures, centring on arguably the greatest British living artist who continues to broaden his horizons.

But my favourite film so far – from those already press screened – is Mike Leigh's moving and evocative Mr Turner, a 'warts and all' portrait of the great British 19th century painter JMW Turner. The film which covers the last 25 years of his life is both a luminous tribute to the master of light and a fascinating, meticulous character study of a man who attained greatness while resisting the art world conventions of his time. We see Turner celebrated but no less reviled. He sees himself lampooned in a music hall sketch, while Victoria and Albert visiting a Royal Academy exhibition featuring his 'Sea Monsters' react with distaste. “This one is vile – a dirty yellow mess,” shudders Victoria. “Clearly losing his eyesight,” murmurs Albert.

Leigh's reverence to the artist doesn't extend uncritically to the man. Turner is shown as cantankerous, moody and often callous, refusing to acknowledge his bitter ex-mistress or his two daughters by her and exploits his devoted housekeeper. Against this he dotes on his father, who acts as his assistant and factotum and weeps agonisingly after the old man dies, and he establishes a sweetly uxorious relationship with his Margate landlady. And in a magnificently selfless gesture rejects a brash millionaire's offer of £100,000 for all of his paintings, instead leaving them to the nation in perpetuity – for free!

As Turner himself, Timothy Spall is outstanding, giving oerhaps the performance of his career (he won the best actor award at Cannes this year), deploying a devastating and often hilarious repetoire of harrumphs, snorts, growls, chortles and grunts. His jowls quiver and his eyes squint with amusement or contempt.

Furthermore I cannot remember a film that has so vividly conveyed the sheer physical act of painting. A superb movie, then, beautifully shot and marvellously acted.

Laurence is 50connect's theatre and film critic. When he’s not at the Menier, National or the Old Vic, Laurence binges on films around the West End.
Last modified: October 8, 2014 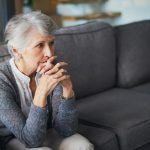 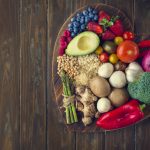