Over 240 feature films from more than 60 countries will be screened at the 61st BFI London Film Festival which kicks off on Wednesday, October 4. This annual 12-day celluloid bonanza presents the cream of the crop from the international film festival and several world premieres, as well as providing a showcase for new talent and highlighting the best in world cinema. This year is a particularly strong one for emerging British talent. 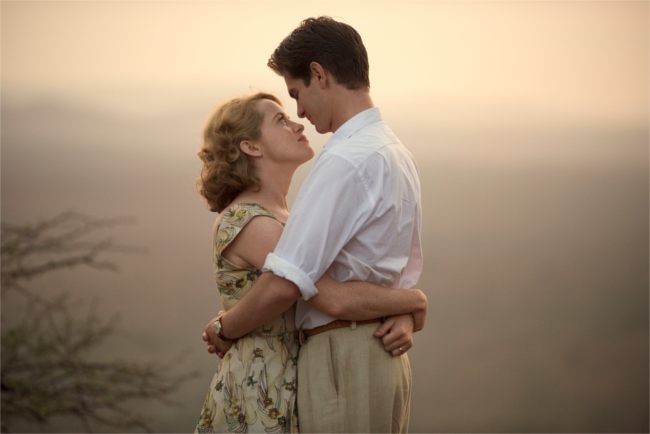 An excellent example of this is Andy Serkis’s powerful and affecting directorial debut with Breathe, the opening film at the festival. This is an inspirational account of one man’s flight for a life that he and his family thought was impossible. When dapper and adventurous Robin Cavendish (Andrew Garfield) meets self-assured Diana Blacker (Claire Foy) at a cricket match, they fall swiftly in love and marry before travelling to Kenya where Robin works as a tea broker. Diana falls pregnant but within months Robin is stricken with polio at the age of 28, leaving him paralysed from the neck down and entirely dependent of a respirator to breathe for him. Refusing to be imprisoned by his illness, Robin joins forces with his friend, the enigmatic professor Teddy Hall (Hugh Bonneville) to build and manufacture a new sort of wheelchair with a built-in respirator. This revolutionary device would go on to give him and countless others the gift of mobility, allowing them to transcend their disability changing their lives forever, while Robin and the loyal Diana become a campaigner and spokesman for the disabled.

Based on the true story of producer Jonathan Cavendish’s parents, William Nicholson’s screenplay is emotionally and socially resonant, while avoiding any trace of sentimentality. Serkins, who is best known as a master in the high-tech field of motion capture performance (Gollum in The Lord of the Rings and Caesar in The Planet of the Apes movies) here proves he is just as adept behind as in front of the camera adopting a playful style that matches Cavendish’s infections levity. With first-rate performances from its stellar cast (particularly Garfield and Foy), this is a film which shows the triumph of the human spirit over adversity and is a work full of hope, courage and human possibility. 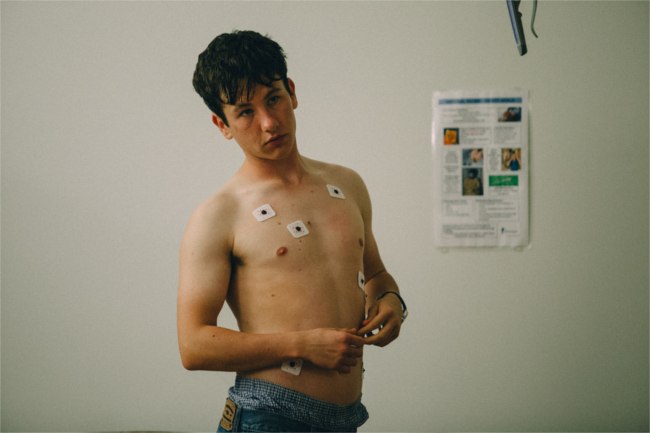 Imagine elements of Greek tragedy, surrealism and absurdist horror combined and you will get some idea of Yorgos (The Lobster) Lanthimos’s stunning and slyly macabre morality tale, The Killing of Sacred Deer. Steven (Colin Farrell in one of his best performances) is a wealthy surgeon who leads a seemingly ideal family life with his ophthalmologist wife Anna (Nicole Kidman on fine form) and their two children Kim and Bob. But every so often he meets with a fatherless teenager Martin (Barry Keoghan) at a diner to whom he brings gifts and offers financial support. The mystery of their relationship is deepened by the fact that Steven lies about Martin’s identity to everyone who asks, a mystery that is invariably linked to something terrible that has happened in the past. When Steven decides to introduce Martin to his unsuspecting family, the sinister intentions of the strange young men become frighteningly clear.

With a pitch-black script by Lanthimos and regular collaborator Efthimis Filippou (who jointly won the best screenplay award at the Cannes Film Festival), this is a film which exudes an uncomfortable, clinical calm that is in keeping with the professions of its protagonists, but very much at odds with their mounting domestic horrors. You may want to avert your eyes from the rather graphic opening scene but you have to admit this is a movie which makes a deep impact, worthy of Hitchcock. 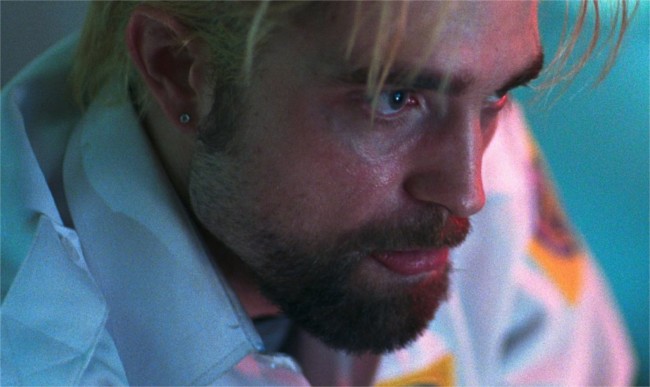 Fancy an adrenaline rush with a nocturnal thriller that looks as if it has come straight out of an Elmore Leonard crime drama? Then head for the Safdie Brother’s New York set Good Time, a gripping thriller about loss and losers-people who are slithering down the slope of their own bad luck and bad choices. Connie (a strong performance by Robert Pattinson) is a career criminal whose grand designs exceed his limited abilities. As a result, a hold-up in a Queens bank descends into farce with his brother Nick (Benny Safdie), who has learning disabilities, badly injured and under police guard. So Connie devises a daring plan: he will sneak into the hospital and smuggle him out. But things do not go as planned. The Safdies build a world of constant paranoia in every way, from the shaky, handheld camera work to the endless parade of strangers existing as possible would-be hazards, all set to a pulsing score by Oneohtrix Point Never, which emerges as a character in its own right, as integral to the success of the film as any of its impressive performances. In short, the Safdies have created a memorable ode to the intense New York crime cinema of the 1970s but with a freshness and originality all their own. 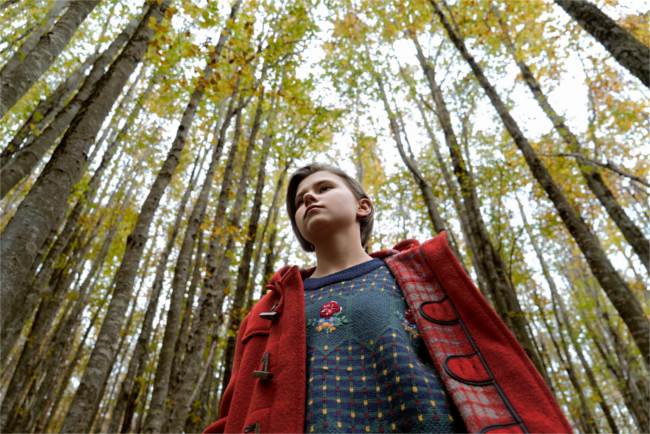 The richness of fairytales is imaginatively interwoven with the reality of Mafia violence in Fabio Grassadonia and Antonio Piazza’s chilling thriller Sicilian Ghost Story, based on a true case. Giuseppe is the 13-year-old son of a Mafia hitman, turned informant. When he disappears it is assumed he has been kidnapped by his father’s former bosses. The boy’s girlfriend and classmate, the determined Luna, battles with her mother and a corrupt police force to look for him. Her relentless quest is interspersed with mysterious and magical visions of where Giuseppe might be. The movie contrasts to these fantastical worlds with grim truth of the teenager’s cruel captivity. A memorable multi-layered film, it doesn’t simply tell a story but makes us feel its impact. 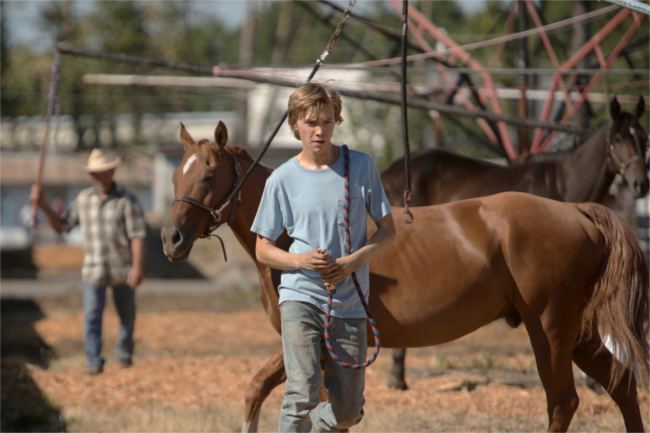 A small British film which makes a big impression is Andrew Haigh’s resplendent portrait of a lonely, neglected boy on a quest for home, in Lean On Pete. Based on the Willy Vlautin novel, it’s the story of 15-year-old Charley (Charlie Plummer), who has just relocated to Portland, Oregon with his womanizing waster of a dad (Travis Fimmel), his mother having abandoned them when he was a child. Charley left to fend for himself, takes an on-off job and cantankerous racehorse trainer Del (Steve Buscemi) and forms a deep bond with one of his charges Lean on Pete. But then his father is mortally injured by the husband of one of his conquests and Lean on Pete starts losing races and seems set for the abattoir. Charley can’t bear that and runs off with the horse, struggling to survive homeless and penniless, as he heads towards the only relative he hopes he still has, an estranged aunt he hasn’t seen for years. This is a low-key but wholly engaging film, beautifully acted, especially by Charlie Plummer, who talks to the horse, providing a tender and insightful monologue. We’re rooting for him all the way. 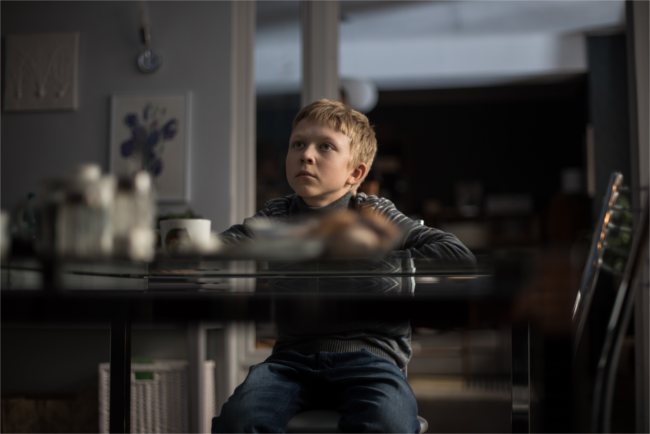 But the best film so far in Andrey (Leviathan) Zvyagintsev’s superb Loveless, Which emerges as a powerful indictment of a spiritual wasteland. Zhenya (Maryana Spivak), a beautician, and Boris (Alexey Rozin), a salesman, are divorcing and selling their flat in one of St. Petersburg’s tower blocks. They both have venom for each other and no time for their traumatised 12-year-old son Aloysha (Matvey Novikov), battling over which of them will not get custody. The mother Zhenya who says she never loved her son and that he should have been aborted, is self-absorbed and status-obsessed, now having an affair with a wealthy divorcée, while the feckless father Boris has a younger, blonde girlfriend heavily pregnant. As the couple row viciously, Aloysha screams silently, hiding in the darkness behind a door. When he disappears, they don’t even notice for two days. The police are ineffective but a group of volunteers begin vigorously searching for him. Zvyagintsev skillfully strips bare layers of repressed emotion, balancing taut suspense and strong characterisation, aided by first-rate naturalistic performances and eloquent, resonant images. The film paints a picture of Russia with all the accoutrements of material prosperity-new cars, mobile phones, endless selfies, within the ugly superstructure left by the Soviet state, but no heart and no soul. 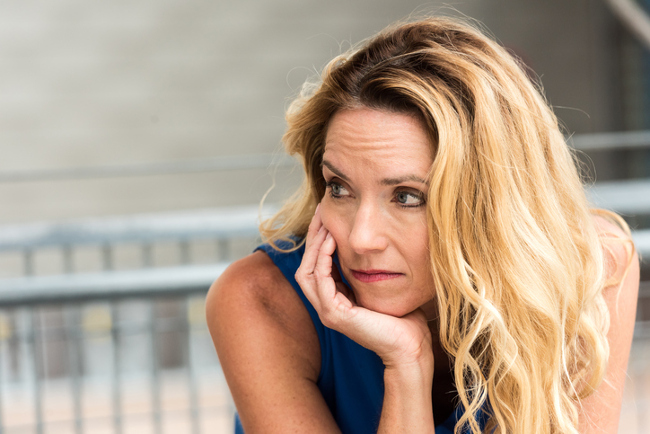 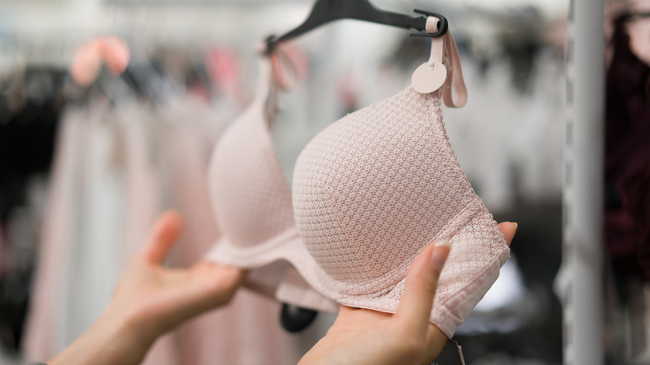 Next Story
Back to basics