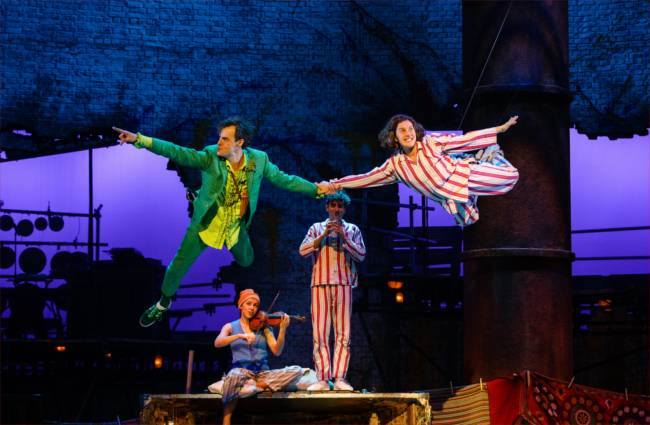 A riot of magic, mischief, music and make-believe is how you could describe Sally (Jane Eyre) Cookson’s unconventional take on JM Barrie’s much loved tale Peter Pan (Olivier auditorium at the National Theatre), staged in collaboration with the Bristol Old Vic.

Three children in a wealthy family feel neglected by their stern mother and are comforted by their patient and caring father. Wendy is approaching 12 and yearns for more adventure in her life before she leaves the nursery and begins formal training as a young woman. One night, a mysterious stranger enters the nursery, a boy of Wendy’s age who can fly. After she helps him retrieve his lost shadow, he invites her and her younger brothers John and Michael for an adventure of a lifetime.

With adventures dark, compelling and sweetly funny, Wendy must decide whether or not to remain in Neverland with Peter and his Lost Boys as their chief storyteller and “mother” or return home to a grief-stricken family who believe they have been lost forever. But will Peter let her and her and the Lost Boys return without a fight? And is the vengeful Captain Hook the true villain of the story?

This production takes a while to really take flight but dramaturg Mike Akers has remained respectfully true to JM Barrie’s text and it captures the ache inherent in growing up-and growing old. In the flying scenes the counterweights and ‘fairy strings’ are visible but this does not detract in any way from the magic. Indeed this is a production full of wit and invention. When the Darling family flies off with peter, black-and-white cards evoke the London rooftops, coloured globes become planets and rippling ribbons suggest sea. A green sheet is ingeniously transformed into Peter’s missing shadow and a corrugated crocodile with gleaming red eyes stalks the stage. Neverland becomes an adventure playground where the Lost Boys make use of found objects so that tin cans turn into telephones and binoculars, while bicycle pumps are microphones.

For me though, the highlight of the show, comes when peter and Wendy dance to Carpenters’ song and float through the air, suggesting a possible new routine for Strictly Come Dancing.

Paul Hilton makes Peter a gangling Adult in a bottle-green outfit, living in a permanent state of arrested adolescence. He is nevertheless, a charismatic presence, capturing the swaggering, cocksure attitude, as well as the charm of Peter, while Madeleine Worrall’s Wendy is pragmatic and occasionally petulant, a blend of childlike care and maternal instinct. Anna Francolini doubles the roles of Mrs Darling and Captain Hook. She is partially impressive as the latter making a scary villainess, by turns malevolent and melancholic, with glittering teeth and platform heels. Saikat Ahamed is rather underused as Tinkerbell, speaking his own fairy language.

This may be a new spin on an old tale but it certainly won me over and should delight the whole family!

Our aim is to provide content for 'grown-ups' bringing you the latest lifestyle, travel and recipes. Plus health and finance tips from our expert columnists. Have your say on stories that matter to you and enter our free competitions and most important of all, enjoy 50connect!
Last modified: December 9, 2016 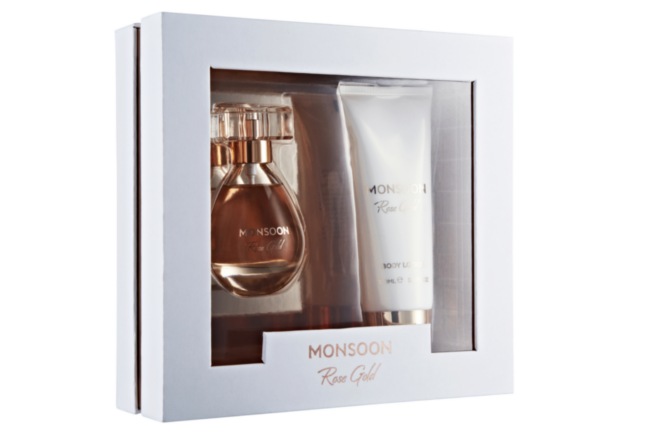 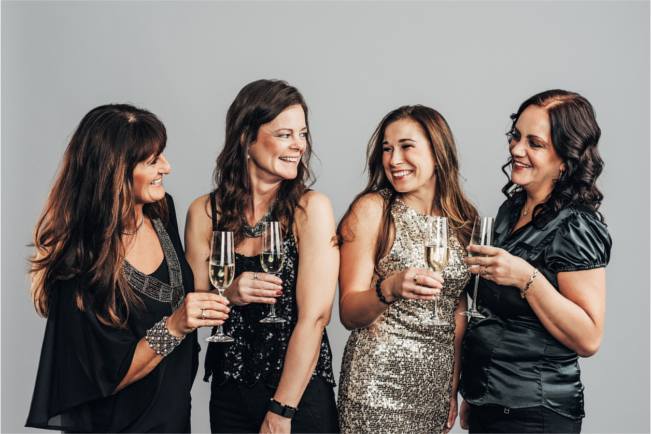