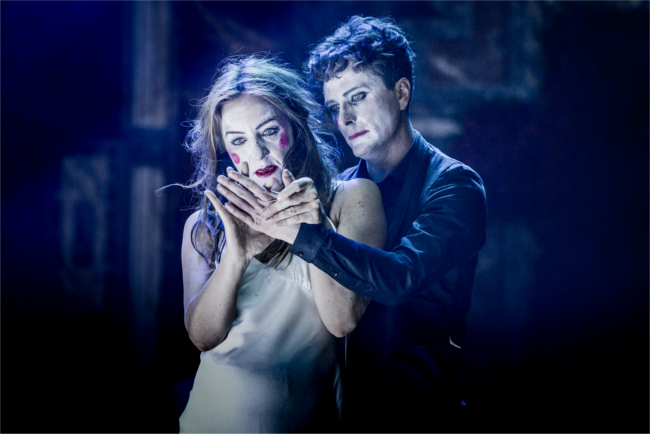 It is one of Shakespeare’s best loved and most frequently performed plays, so any new interpretation most cast a fresh light as well as being moving and involving, but ENO artistic director David Kramer’s production of Romeo and Juliet, which kicks off the summer season of Shakespeare’s Globe, is neither and is merely a travesty of the original.

In Verona violence rules. Two families bear and ancient grudge and rage flares between them. A Violent Street brawl between these rival families is the prelude to Romeo’s first encounter with Juliet. Despite this and the fact that Juliet has been promised to another, they fall in love. But any plans for their future happiness are cruelly destroyed as tragedy begins to unfold.

Kramer’s take on this classic tale is raucous, brash and death-soaked, a riot of noise and wild physicality, with the characters for some reason wearing white paint and sporting clunking Doc Martins. There are gyrating dancers with nipple tassels, grotesque clowning and Juliet’s father dressed as a dinosaur and singling the Village People’s YMCA (the highlight of the evening).

Yet this muddled approach to Shakespeare’s timeless ritual of love and death doesn’t advance a coherent sense of the play and the urge to milk every comic possibility robs the story of pathos, until its very end. Consequently the poetry is all but lost and the tragedy diminished. Indeed this interpretation is too raucously silly to be emotionally engaging and bears scant resemblance to the play as we know it.

As for the two star-crossed lovers, Kirsty Bushell is a brash and somewhat all knowing Juliet, lacking the sense of innocence the part demands. While Edward Hogg is a stroppy, moody Romeo, sporting massive headphones and munching Doritos, sulking in his unrequited love for Rosalind Golda Rosheuvel makes an energetic Mercutio but some supporting performances verge on the overblown and constant need for attention becomes tiresome.

Furthermore for some obscure reason nuclear warheads are suspended above the stage as part of Soutra Gilmour’s stage design.

In short, the anarchy of this production feels juvenile, while the lack of tragic weight reduces our involvement in the story, so the show quickly becomes a shallow and exhausting experience. A major disappointment.

Showing until 9 July 2017 at Shakespeare’s Globe

Our aim is to provide content for 'grown-ups' bringing you the latest lifestyle, travel and recipes. Plus health and finance tips from our expert columnists. Have your say on stories that matter to you and enter our free competitions and most important of all, enjoy 50connect!
Last modified: May 9, 2017 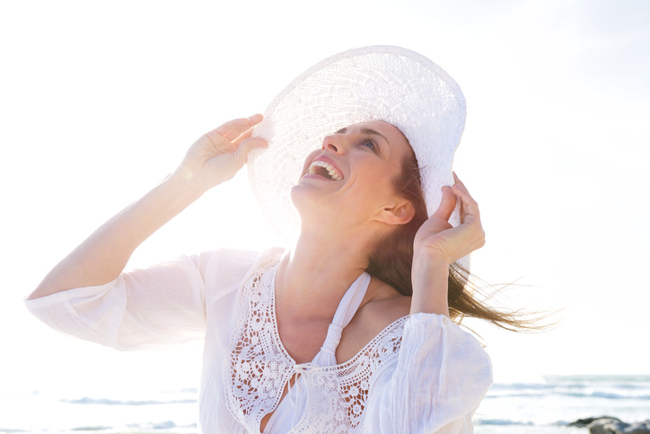 Next Story
Transitioning your makeup from winter to summer