Class, wealth and power are mercilessly mocked in Peter Barnes’s 1968 satire The Ruling Class, which is revived in an exuberant new production, directed by Jamie Lloyd, at the Trafalgar Studios, that shows how well the play has stood the test of time.

Jack, a possible paranoid schizophrenic with a Messiah complex inherits the title of the 14th Earl of Gurney, after his father passes away in a bizarre accident. Singularly unsuited to a life in the upper echelons of elite society, Jack finds himself at the centre of a ruthless power struggle. In a bid to wrestle back control of the family money, his scheming uncle Sir Charles Gurney engineers to have his mistress Grace Shelley marry the insane earl, produce a male heir, then quietly have Jack confined to a mental hospital. But the messianic playboy has his protectors including his psychiatrist, Dr Herder and the crypto communist family servant Daniel Tucket. With their support the Earl begins to regain his fragile sanity.

This production is the first revival since Peter O’Toole starred in the West End transfer (after premiering at the Nottingham Playhouse) in 1969 and the film of 1972. Bubbling with acerbic wit and feverish energy, it provides a patchwork of black humour, sexual vulgarity, cross-dressing pantomime and incongruous musical interludes, combining a ferocious mix of hilarity and horror, whilst exposing the fables of the English nobility.

Jamie Lloyd’s commendably ambitious, if overlong and at times over anarchic production displays an uninhibited abandon and is often riotously funny whilst still maintaining a refreshingly subversive streak.

The joy of the show, however, lies in a stunning bravura performance by James McAvoy in the lead role of the 14th Earl of Gurney (previously played by Peter O’Toole) commanding the stage with both a magisterial authority and electrifying charge of unpredictability. This is a totally committed performance requiring a broad skill set, both physical and verbal: from swordplay to singing, enunciating whole speeches in a kind of alien language, hanging from a giant cross and riding a unicycle in just his underpants. But McAvoy also manages to hint at something deeper as he exposes the wounds beneath his increasingly odd behaviour.

Fine support is provided by Ron Cook as the roguish uncle Sir Charles Gurney, Joshua McGuire as the idiotic would-be MP son, Serena Evans as his licentious wife, Kathryn Drysdale as the aria-singing mistress, Anthony O’Donnell as the topsy communist butler and Elliot Levey as the psychiatric doctor who tries to do the right thing but gets caught up in the madness.

Don’t expect a relaxing evening but do expect a wildly entertaining one!

Runs until Saturday 11 April 2015 at The Trafalgar Studios.

Laurence is 50connect's theatre and film critic. When he’s not at the Menier, National or the Old Vic, Laurence binges on films around the West End.
Last modified: February 23, 2015 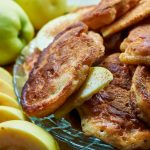 Next Story
Winter proof your skin