George Orwell’s chilling and unsettling work, 1984, is still relevant in this absorbing adaptation at the Almeida Theatre.

The nightmare of an authoritarian state, obsessed with surveillance and the suppression of dissent is brought vividly to life in Robert Icke and Declan Macmillan’s absorbing adaptation of George Orwell’s great novel 1984 (Almeida Theatre, London), staged as a co-production between Almeida Headlong and the Nottingham Playhouse.

The action is largely set in an archive room full of files and ledgers. A number of individuals – they could be an innocent present day reading group or members of a totalitarian regime examining a dangerously subversive fiction from the past. – are studying the novel. We are then transported into the development of the story, centring on the hapless Winston Smith’s defiance of Big Brother through the subversive love of his fellow protester Julia.

Perhaps the most unsettling thing about Orwell’s chilling work is that it still seems relevant. We live in an era in which we too are monitored by government agencies as they secretly scrutinise our online activity, the tabloids invade personal privacy and create unjustifiable hatreds and we spend much of our lives staring at screens, whether on laptops, TV or smart phones.

True there is plenty in the play that feels familiar. But Icke and Macmillan’s fresh approach combining past, present and future and using several layers of action and several media, including the immediacy of live video, succeed in creating a terrifying world in which the truth is never certain and we are just as disorientated as the protagonist himself when he starts to write his diary. We are at once watching the events of the novel as they unfold and at the same time invited to consider reactions to it. This may sound complex but it works surprisingly well, making the over-familiar text seem both daring and unpredictable.

Chloe Lamford’s atmospheric design starts in a drab institutional 1940s office which stands in for flats a canteen the countryside and Winston’s workplace in the Ministry of Truth, and later opens up to disclose the white-walled state torture machine, all of which combine to create a claustrophobic world from which it seems there is no escape.

The cast is admirable in giving the events and characters a strong ring of authenticity. Mark Arends makes a wry, nervy Winston Smith, a man consumed by angst with the voices of totalitarian darkness resonating in his head, while Hara Yannas makes a sensuous Julia for whom love and sex are a form of political protest. There is also a flesh creeping performance from Tim Dutton as the emotionless interrogator and torturer O’Brien.

In all then a rich and rewarding evening in the theatre that remains firmly lodged in the mind long after the final curtain. 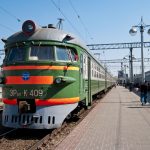 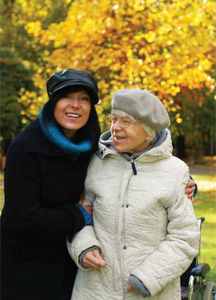 Next Story
Keep your independent life by adjusting how you live