Sally Field and Bill Pullman bring a real sense of authenticity to this production that is a testament to the enduring power of Arthur Miller’s appeal to our collective conscience. Laurence Green reviews. 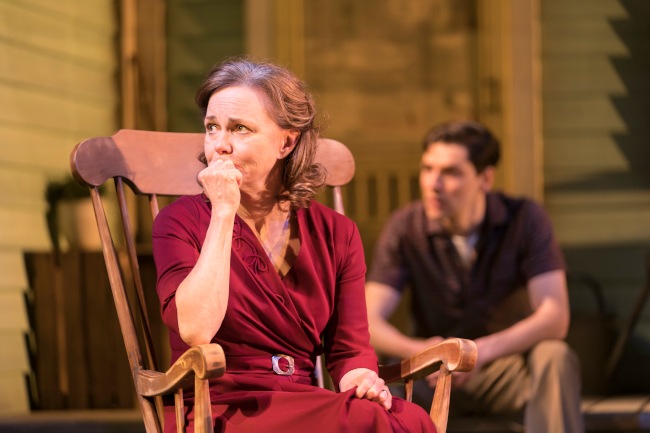 It is not often that you get the chance to see two Hollywood veterans light up a London stage but this is indeed the case with Bill Pullman and Sally Field who lead the cast of Jeremy Herrin's new production of Arthur Miller's devastating 1947 play All My Sons (Old Vic Theatre).

We are in Ohio, USA, the year 1946. Despite hard choices and even harder knocks, Joe and Kate Keller, are a success story. They have built a home, raised two sons, Chris and Larry, and established a thriving business. But nothing lasts forever and their contented lives, already shadowed by the loss of their eldest boy, Larry, to war. With the return of a figure from the past, long buried truths are forced to the surface, with the shock revelation that Joe's factory shipped faulty engine parts, resulting in the deaths of 21 pilots. Joe let his partner Steve take the rap for this, and the two families are awkwardly entangled. Steve's son George seems bent on vengeance, while daughter Ann, engaged to Larry, is now close to marrying his brother Chris. It looks as if the pretences by which the Kellers have lived their lives are destined to be exposed.

Miller here examines loss, honour and betrayal and their consequences. But the drama is also a piercing attack on greedy individualism, as well as a moving portrait of a family haunted by a single ugly episode in their past. Admittedly it takes a while for the play to gain momentum but once the wheels of the drama are set in motion, it proves gripping theatre.

Director Jeremy Herrin skilfully sets the scene, starting with flickering footage at the start of the show of all-American families from across the 20th century, before Max Jones's atmospheric stage set comes into view with a postcard-perfect wooden house with a porch, squeaky screen door and picket fence, deceptively suggesting the veneer of the wholesome American family. This is a work which asks some awkward questions: How do you keep that picture of perfect family life from cracking? At what price must come affluence and easy domesticity? And what price is too high? It also shows the morally troubling picture of the ease with which human beings can become corrupted.

Bill Pullman and Sally Field both bring a real sense of authenticity to their roles, bringing the wisdom of age to their flawed characters. Pullman, with his granite profile and spiky hair, uses joviality to deflect questions of responsibility, as Joe Keller. Two-time Oscar winner Sally Field, making her British stage debut is superb as his troubled wife Kate, firmly convinced that their son Larry is still alive. She combines an innate warmth with nervy anxiety, suggested by the way she wears her cardigan as if it were a protective shield. Jenna Coleman, who made her name in the ITV drama series Victoria, endows Ann with just the right blend of glowing sensuality and steely determination. Colin Morgan combines passion and wit with moments of glazed bewilderment, as Chris, and Oliver Johnstone's  George is a mix of fidgety misfit and crusader.

This production is a testament to the enduring power of Miller's appeal to our collective conscience. 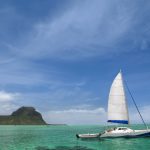 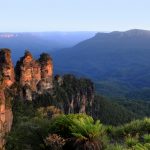