It is a pleasure to welcome back to the West End Hollywood star Kathleen Turner after a 28-year absence and indeed she certainly lights up Stephen Sachs’s enjoyable but insubstantial new play Bakerfield Mist (Duchess Theatre), directed by Polly Teale.

The action, which is, said to be based on a true story, is set in a trailer park in Bakerfield, California. It is the home of Maude, a blowsy, hard-drinking, chain smoking bar tender in her fifties, who has recently been made redundant from her job. Her squalid house is overflowing with kitsch paintings and worthless ornaments which she has acquires from charity shops and junk stores.

But one of her recent purchases bought because she disliked it so much and wanted to give it to a friend as a joke is a large Abstract Expressionist printing which she picked up for three dollars at a thrift store and is convinced it is by Jackson Pollock and consequently worth millions. To that end she has invited world-class art expert Lionel Percy over from New York in the hope that he will authenticate it and make her rich beyond her dreams. However he really has no idea what he is about to discover.

The play explores what happens when people who would otherwise probably never meet find common ground and surprise one another and themselves, while the painting itself soon ceases to the real subject of the piece. In dealing with a clash of personalities and cultures, Sachs asks which of the two protagonists is the more authentic? It is clearly an attack on the instant judgements we make in life on paintings and people.

As an exploration of art and identity the play lacks the insight and depth that Allan Bennett brought to his, not dissimilar drama A Question of Attribution, and would have benefitted from a greater fleshing out of character and theme – it runs for only 75 minutes.

What gives the play its appeal and maintains our interest is Kathleen Turner’s compelling performance as Maude, her voice a raucous rasp but with an underlying sense of pain and vulnerability. She is well matched by Ian McDiarmid who brings a refreshing sense of irony and preening self-regard to the role of the prissy English art connoisseur, Lionel, formerly director of the Metropolitan Museum in New York and now attached to the art foundation. In fact the skirmishes between this odd couple which unexpectedly develops into something deeper is witty and a joy to watch.

Certainly then a rewarding evening in the theatre! 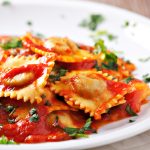