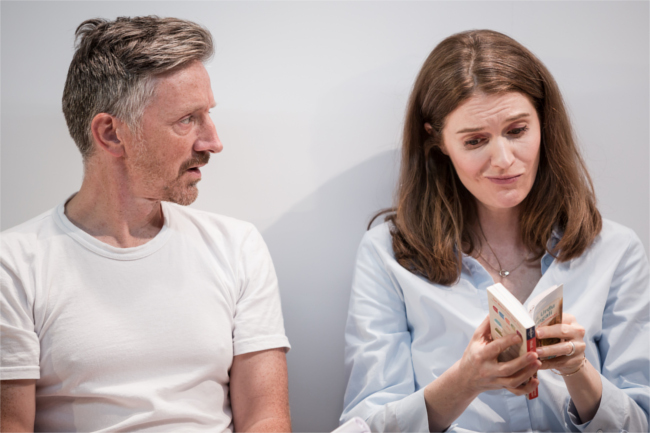 Surrogacy is a subject which can provide the basis for rich and rewarding drama, yet playwrights surprising seem to steer clear of the issue, so praise should be given to Vivienne Franzmann for casting a humane yet cautionary eye on it in her new play, Bodies (Royal Court Theatre Upstairs), directed by Jude Christian.

Affluent 43-year-old TV producer Clem and her husband Josh desperately want a child. They pay a huge sum of £22,000 for a surrogate mother in India, with a donor egg supplied from Russia, both thousands of miles away. It’s a decision that raises complex ethical concerns. They imagine that everything will be alright once they are parents. But as the birth draws near, the process becomes fraught.

This is an ambitious and moving play but one which seems overloaded with plot strands and challenging ideas. The piece moves far beyond naturalisation by taking us into Clem’s mind and Franzmann introduces the unborn child as a confident and precious teenager, who chats to and goads her ‘mum’ and we soon discover that in these imaginary interactions the daughter is in fact, a projection of Clam’s hopes and fears. Furthermore, while her relationship with her husband Josh is rock solid, Clem’s relationship with her disappointing father David, who has motor neurone disease, is under considerable strain. She can barely understand his effortful speech and he seems to prefer the company of his new, straight-talking carer Oni. These moments speak to the sometimes complicated need for love between parents and child and the chasms that can come when neither understands the other’s choices.

Then there is the alarming back story about the surrogate mother Lakshmi’s impoverished circumstances in India and how, after losing her own daughter, she attempts to destroy the unborn child.

In tackling a controversial subject – the human body trade described as “a global transaction over nine months that offers a lifetime of happiness”, Franzmann raises a number of questions: “what lengths would you go to for a child to call your own?” “What relationships would you forsake” What laws would you break?”

Gabriella Slade’s striking Scandinavian style living room set has sliding glass doors that act as both scene dividers and a physical representation of the compartmentalization of Clem’s mind, and there is a sidelined nursery area and an odd circular screen for womb projections and to round things off at the end.

Justine Mitchell is impressible as Clem, radiant but also anguished, strongly conveying the character’s desolation at being excluded from the “mum club” and conveying a feeling of paranoia about the stranger at the other end of this brave-new-world chain. Philip Goldacre brings a caustic gravity to the role of her dad, David an ageing and ailing socialist, while Jonathan McGuinness (stepping in at the last moment for an indisposed Brian Ferguson) is a plausible Josh. Newcomer Hannah Rae is extremely assumed as the daughter Clem has always dreamed of. Lorna Brown is most convincing as David’s carer Oni, while the surrogate mother Lakshmi is played with fragility and fierceness by Salma Hoque.

This indeed can be regarded as an allegory for the modern age when everything can be ordered at the click of a button!

Playing at the Royal Court Theatre until 12 August 2017 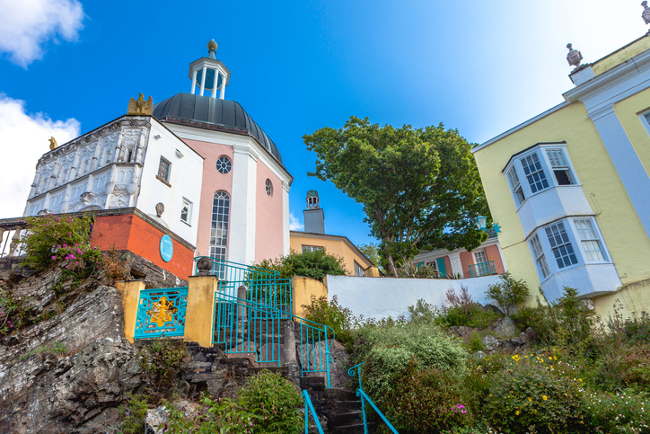 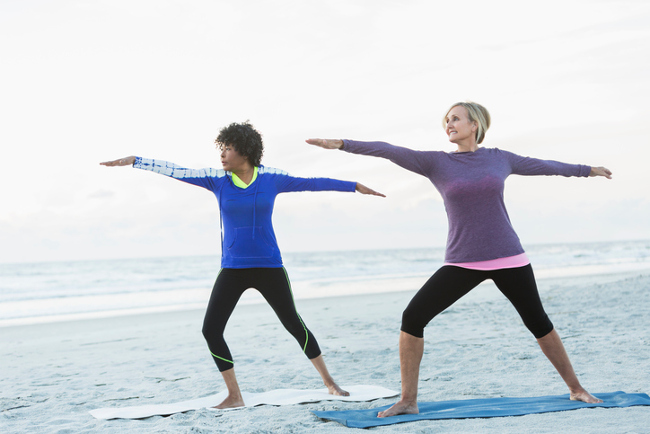 Next Story
Yoga for Beginners