Charlie and the Chocolate Factory

HomeTheatreCharlie and the Chocolate Factory 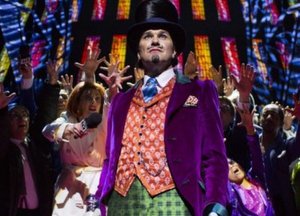 A wayward child is sucked into a television set and shrinks so small he can actually fit into his mother's handbag and a girl is transformed before our very eyes into a giant blueberry.

Welcome the strange and wonderful world of Willy Wonka which is brought vividly to life in Sam Mendes's spectacular musical production Charlie and the Chocolate Factory (Theatre Royal, Drury Lane), based on the 1964 children's classic by Roald Dahl.

When we first meet Charlie Bucket he is living with his impoverished family in a ramshackle junkyard and existing on cabbage soup with his Dad out of work and his four grandparents never rising from their quadruple bed. Charlie dreams of a golden ticket to Willy Wonka's mysterious chocolate empire and bravely bears the disappointment when it looks as if he will never win it. But his luck turns when he finds the fifth – and final – golden ticket inside a bar of ticket he buys from a stallholder.

The prize also promises a new lease of life for his ancient Grandpa Jo and it’s not long before they are embarking on a guided tour of the extraordinary sweet factory. However, once the visitors are inside the more loathsome and greedy members of the party meet with some bizarre and fitting punishments.

This version, with a book by David Grieg, remains faithful to the original but I found the first half, beginning with the montage of drawing by Quentin Blake a bit slow and static. The magic begins after the interval as Dahl's multi-flavoured imagination really takes flight and we are introduced to an army of killer squirrels, a chocolate garden and those fearsome pygmies the Oompah-Loompas (half human and half puppet). Indeed the various calamities that befall the 'bad' children – and reinforce Dahl's message – that vice is punished and virtue gets its edible reward – are stage with great panache and inventiveness.

The score, by Marc Shaiman and Scott Wittman, is efficient rather than stirring, with the best song Pure Imagination coming near the end. This is a show though, where visual richness wins over the musical allure and there is no denying the special effects are both stunning nad awesome, although on the evening I attended Wonka's glass elevator got stuck for a short while in mid air several feet above the stage.

Douglas Hodge seizes the role of Willy Wonka with great gusto and magnetism, and a top hatted nod to Gene Wilder's 1971 film portrayal, bringing a welcome note of danger to his role as he demented capitalist. Nigel Planer is engaging as Grandpa Joe, while the child performers – Jack Costello, Tom Klenerman, Isaac Rouse and Louis Suc who share the role as Charlie at different performances – make a strong impression.

This then is a show which preserves the humanity of the original novel and remains a delectable treat for young and old alike.

Charlie and the Chocolate Factory 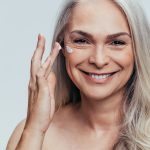 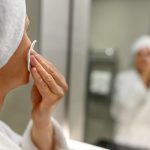