A musical spectacle but one which is dramatically malnourished, Laurence Green reviews Laurence Conner’s production of the 80s musical, Chess. 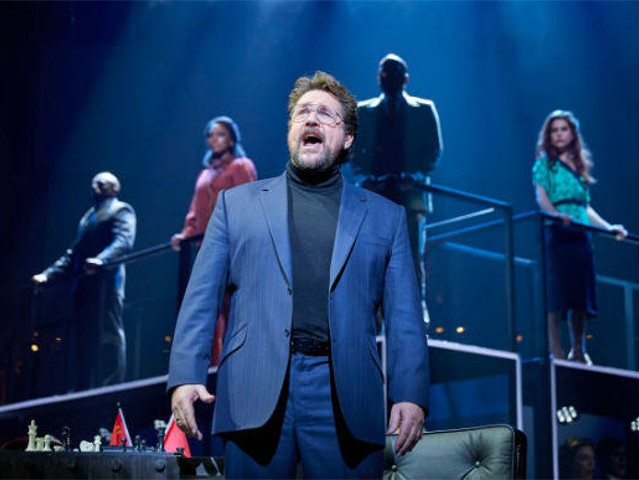 The story is set against the background of the Cold war in the late 1970s/ early 1980s, in which the superpowers attempt to manipulate an international chess championship for political ends. Two of the world’s greatest chess masters, one American, Freddie Trumper, and the other Russian, Anatoly Sergievsky, are in danger of becoming the pawns of their governments as their battle for the world title gets under way. Simultaneously their lives are thrown into further confusion by a Hungarian refugee, Florence Vassy, a remarkable woman who becomes the centre of their emotional triangle. This mirrors the heightened passions of the political struggles that threaten to destroy lives and loves.

Though thematically rich, there’s no denying that the choice of subject for a musical is frankly, bizarre. Furthermore the wafer thing plot and weak characterisation mean there is not a lot for the performers to get their teeth stuck into. The production, though, lacking in intensity, is ofern a feast for the eyes, featuring aerial silk acrobats cheerleading stunts and drunken Cossack dancing.

Best of all the ENO chorus and Orchestra, under John Rigby bring the idiosyncratic score by Benny Anderson, Tim Rice and Bjorn Olvaeus to glorious life from the satirical numbers through to the full-bloodied pop/rock ballads. The lush romanticisms comes soaring through when the drama threatens to lose its grip for example in the somewhat passion-less love triangle, them music adds a certain emotional texture and there are also lively glance set pieces including a rip roaring Oktobergest-style lederhosen.

Michael Ball convinces as the coolly reserved Anatoly, letting rip in the act-one closing number Anthem. As Anatoly’s abandoned wife Svetlana Alexandra Burke brings dignity and soulful intent and displays great vocal power, most effectively in the show stopping duet I know him so well with Cassidy Janson impressive as the self-possessed yet Vulnerable Florence. Tim Howar has a rock star swagger and Bon Jovi-esque sounds as Freddie and seems an obvious shoo-in for obnoxious television punditry, but he also manages to humanise him in the revealing number Pity The Child. There are also effective turns from Cedric Neal as the slick Arbiter, acting as a narrator, introducing a brief history of the game and filling in gaps along the way, and the sonarious Phillip Browne as the wily soviet handler Molokov.

You could say then that this is a dramatically undernourished but musically rich show. 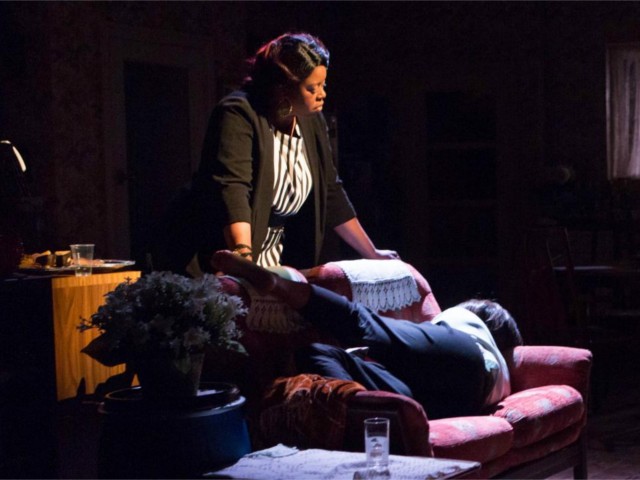