Marianne Elliott puts marriage under a contemporary microscope in this enjoyable re-imagining of Sondheim’s Company. Indeed, this is company you should definitely keep, writes Laurence Green. 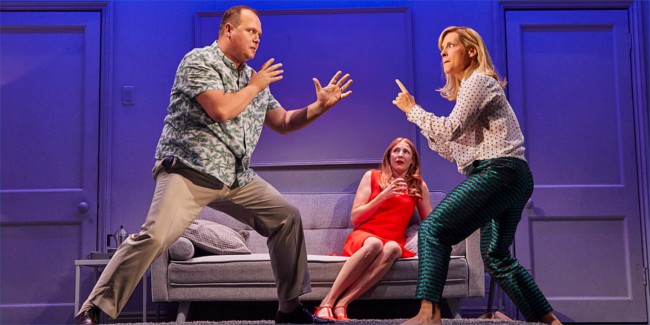 It was written in 1970 but now Stephen Sondheim’s musical comedy Company returns to the West End stage with a freshness and vitality in Marianne Elliott’s subtle, sophisticated production at the Gielgud Theatre. This is not so much a revival as a complete re-imagining, with the action set in the present and the male lead Bobby swapping gender to become re-invented as Bobbie, a woman.

Bobbie is successful, happy and happily single. As her married friends wish her well on her 35th birthday, they wonder why she isn’t married?

Reviewing her life, Bobbie is bewildered, yet also tickled by the world’s contradictions – above all the idea that, though marriage is hard, not being married can seem harder and she is surrounded by friends who have a distinctly New York mix of humour and neurosis. And now with Bobby replaced with Bobbie, Elliott’s production reminds us it is absurd to think that doubts over giving up a life of freedom and lovers for marriage and children are exclusive to men.

A 14-strong band revels in the richness of Sondheim’s score especially its gem-like almost tongue-twisting character-driven numbers of which the best, the memorable Side by Side sees people crossing paths, dancing around each other and the issues, with every moment precise and paced.

Furthermore George Furth’s tart dialogue is full of wit and the show is mercifully devoid of sentimentality and mawkishness.

The staging, designed by Bunny Christie, features large neon-lit boxes containing monochromatic walls and furniture glides on and off stage, representing the city and apartments where the characters live and breathe.

But it is the impeccable performances that really bring the show to life particularly Rosalie Craig as the radiant, flame-haired Bobbie, a woman sharply attuned to the rewards and limitations of relationships – in the imaginatively staged number Tick Tock we see her anxieties played out as she imagines her life post-marriage and post-baby. Broadway star Patti LuPone is excellent as the worldly-wise and jaded Joanne, and equally impressive are Mel (The Great British Bake Off) Giedroyc as neurotic New Yorker Sarah and Gavin Spokes as her husband Harry who is not averse to a tipple or two. Strong support is provided by Richard Fleeshman as dim flight-attendant Andy and Alex Gaumond and Jonathan Bailey as same sex couple Paul and Jamie.

The show may have a few lapses in pace and a rather thin storyline but that does not make it any less enjoyable. It manages to put marriage under a contemporary microscope and is certainly a musical for today. Indeed, this is company you should definitely keep!

Plays until Saturday 30 March 2019 at the Gielgud Theatre 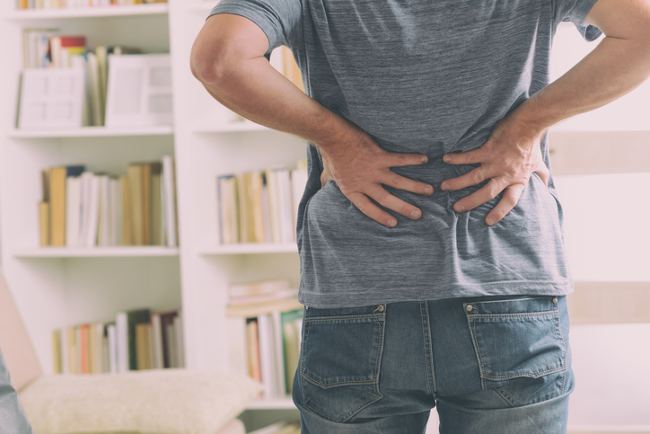 Previous Story
Backed against a wall
→ 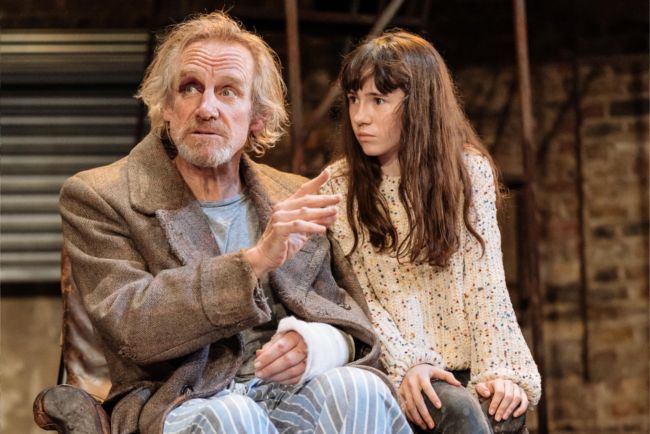 Next Story
The Wild Duck