The past comes back to inhabit the present in Oliver Cotton’s disappointing new play Daytona which has been transferred from the small park theatre in north London to the Theatre Royal in Haymarket.

The action is set in Brooklyn in 1986 in the apartment of Joe and his wife Elli, a Jewish couple in their early seventies. Joe still does a little accountancy work but their passion is for ballroom dancing and we see them practising some of their moves at the start of the show in preparation for a “seniors” competition the following night. Despite constant bickering, the love they have shared for fifty years is clear.

But while Elli is out collecting her ballroom dress, Joe’s brother Billy arrives out of the blue. The siblings haven’t seen each other for 30 years and Billy’s arrival opens a door to a terrible past. While spending the winter in Daytona Beach in Florida, Billy recognised one of the guards at the prison camp in which all three were incarcerated by the Nazis. He was a man who shot people at random and beat prisoners to death with a spade. Billy had consequently taken radical action, buying a gun and shooting the man in the hotel swimming pool escaping in the subsequent confusion and is now seeking sanctuary with the couple. His revelations plunge all the characters into a testing crisis that is made all the more painful by these shadows from the past.

This is a somewhat uneven play in which the two genres – mystery and love triangle – are awkwardly intertwined while the piece also strains credulity at times. Would Billy have been allowed to flee from the scene of the crime and get to his brother’s apartment undetected after the incident has become headline news? It is also a piece which changes tack in mid-direction but is unable to combine comedy and drama into a satisfying whole.

Cotton does not deal with the issues surrounding crime and punishment but makes sure valid points about the danger of denying one’s past, something that links Billy who has reinvented himself as a real-estate dealer in Ohio with retired car salesman and ex-Nazi he met in Florida.

Director David Grindley manages to draw convincing performances from his cast which in part helps to compensate for the weaknesses in the script. Maureen Lipman always a joy to watch, conveys the rueful sadness of a woman who has created an active life for herself to make up for the emotional void she feels, while Harry Shearer as her husband captures the resentment of an ordinary man who after all these years just wants to live a quiet life. Playwright cum actor Oliver Cotton bizarrely dressed in a winter coat and Hawaiian shirt, conveys the elation and confusion of his long absent brother who has turned up in such dramatic circumstances and expects to be helped out.

Runs at the Theatre Royal, Haymarket until Saturday 23 August 2014 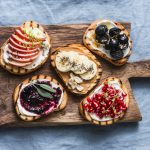