Di and Viv and Rose

HomeTheatreDi and Viv and Rose

Laurence Green reviews Anna Mackmin’s exploration of friendship and finds a bittersweet comedy that promises more than it fulfils.

An exploration of friendship’s impact on life and life’s impact on friendship is provided by Amelia Bullmore in her tender yet tart comedy Di and Viv and Rose (Vaudeville Theatre), directed by Anna MackMin.

Three 18 year old women meet in their first week in a northern university in 1983 and share a house together, We then follow them through the years up to  2000 and discover what happened to them and the strains and crises their friendship endures. Di is a sports-mad lesbian on a business studies course, while Viv is a studious sociology student who dresses in 1940s clothes observing others sharply but revealing little of herself, while Rose is a promiscuous history of art student, an innocent abroad who discovers that if you ask a boy to sleep with you, he almost certainly will.

This is a play which promises more than it fulfils. The story itself is told in short, sharp bursts which provide snapshots of the lives of the three protagonists rather than fully rounded characterisations. Furthermore there are several jarring moments and unconvincing plot twists.  But there are also some fine comic interludes, such as when all three girls dance wildly in the sitting room to Prince’s Let’s Go Crazy, raised to maximum volume on their sound system. In addition, to its credit, the play asks hard questions about the nature of kindness for instance and the way friendship can decay like everything else.

What to some extent makes up for the deficiencies in the writing and gives the production a certain appeal are the splendid performances by three fortysomething actresses playing both their younger and older selves. Tamzin Outhwaite is warm and touching as the brisk, straightforward Di, who is helped through a terrible ordeal, while Samantha Spiro is impressive as Viv, a woman who’s spikiness covers her fierce loyalty and who, when receiving devastating news finds her emotional reserve crumbling, and Jenna Russell is funny and honest as Rose, living in an idealised world of her own.

For all of its flaws, this is a play which has a bittersweet bite and is never boring.

Di and Viv and Rose

Runs at the Vaudeville Theatre until Saturday 23 May

Previous Story
Will I be able to cash my fund in when I retire?
→ 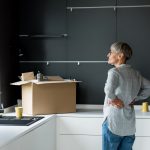 Next Story
Playing the equity card