Elements of pantomime and boisterous backchat make Emilia a rousing reminder of creative women who have been omitted from history or have had to fight to make themselves heard. 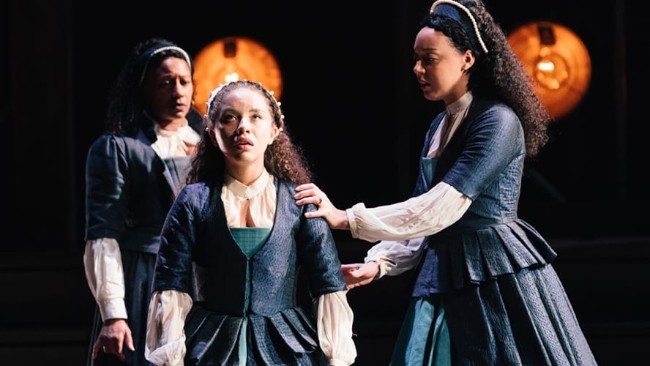 Mention the name Emilia Bassano and you would no doubt receive a blank stare but this contemporary of Shakespeare was the first woman to have a book of poetry published. Now Morgan Lloyd Malcolm's play entitled simply Emilia, directed by Nicole Charles, which has transferred from the Globe to the Vaudeville Theatre, sheds new light on this 16th century poet and free-thinker and boasts an all-female cast.

Emilia, who founded a school for women, was born in 1560, and is generally believed to be the 'Dark lady' of Shakespeare's sonnets, but in this version she is far more than mere muse or lover. She is a writer of the Bard's equal–she outlived him by three decades–yet his work, which features her words and perspectives, is celebrated, while Emilia's attempts to share her own, is considered criminal, even demonic, and she is now largely forgotten and her story erased from history. The daughter of a Venetian musician, she was sent into the care of a foster mother by her penniless biological mother and trained in social skills so that she could marry into wealth. Emilia becomes the subject of racism–the modern parallels the play draws–and class snobbery, yet struggles to hold on to her identity, and also, the play suggests, the conduit for a multitude of women–the one giving voice to many.

This isn't a meticulously crafted dramatic recreation of her life. Instead it is an inspiring work of biographical conjecture. However I found it somewhat hectoring and overlong with several clunky moments and the writing is at times unapologetically didactic, with some unwieldy speechifying. Yet it has a heartfelt and explosive verve.

The title character is portrayed by three actresses in different stages of her life: Saffron Coomber, fiery and assured, conveying the rebellious energy of a young woman, striving to make her way at court, Adelle Leonce, working through grief and betrayal to rediscover her purpose and in the full flush of literary ambition, and Clare Perkins, the mature Emilia, reflecting with blazing intensity on her journey and the rewards of solidarity with other women. Charity Wakefield creates a flawed ally in a foppish, self-satisfied Shakespeare, who respects Emilia in their verbal sparring and romantic encounters but not enough to recognise her as a fellow artist, particularly if that dents his own ego.

With its elements of pantomime and love of boisterous backchat, this is a rousing reminder of the countless creative women who have been omitted from history or have had to fight relentlessly to make themselves heard.

Plays at the Vaudeville Theatre until Saturday 15 June 2019. 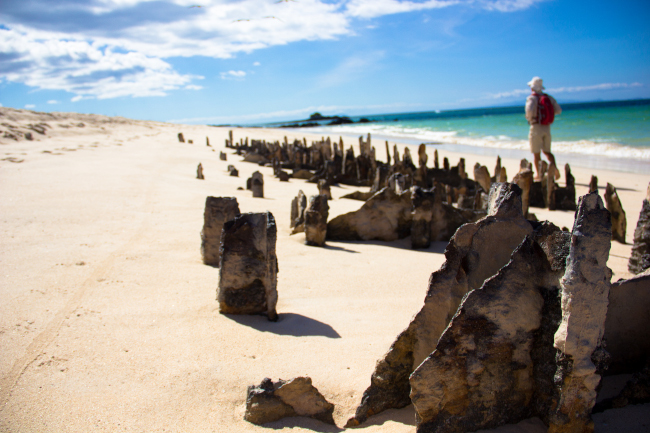 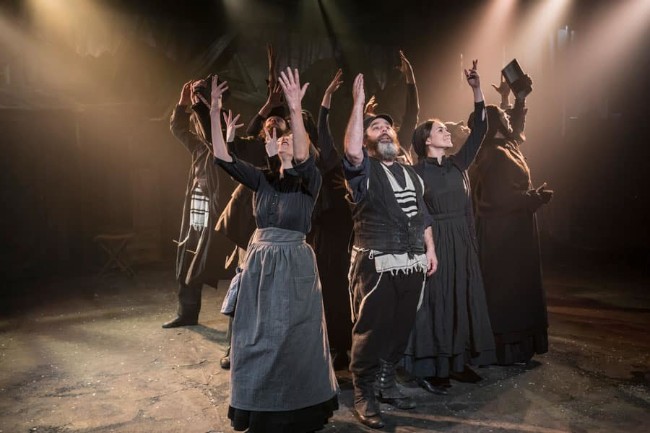 Next Story
Fiddler on the Roof