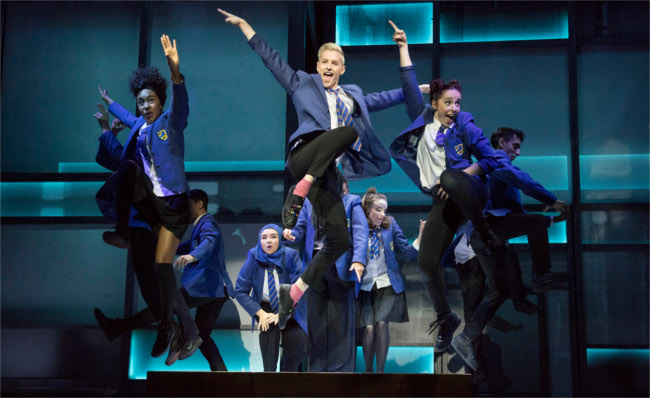 Imagine a cross between Billy Elliot and La Cage Aux Folles and you will get some idea of the appeal of the uplifting new British musical, Everybody’s Talking About Jamie (Apollo Theatre), directed by Jonathan Butterell and based on a true story.

At 17 years old, Jamie New lives on a council estate in Sheffield. But Jamie is not your normal teenager and periodically enjoys dressing as a girl: his idea of a perfect birthday present is a towering tall pair of platform shoes. From this, he conceives the idea of going to the school prom in a dress. Taking expert guidance from a local costumier, Jamie road-tests his female persona at a drag club where he becomes a sensation. Meanwhile, though, he has to contend with the school bully and s starchy, conformist careers teacher – an aptitude test suggests he become a forklift driver – as well as a bigoted, absentee father. But he has a loyally supportive mum, Margaret, the love of his fellow pupils, and a self-belief to fulfil his dream of becoming accepted for who he is.

Drawing inspiration from 2011 BBC documentary about Jamie Campbell a teenage drag queen in a former mining village in County Durham, the plot may be predictable, but this is a show with real emotional depth and which has a fresh, exuberant confidence that’s very much its own. It is not so much a drama about coming out or facing intolerance as a portrait of a teenager growing into his identity.

The score is by Dan Gillespie Sells from The Feeling, who combines poppy verve and a craving for the bittersweet. The book and lyrics are the work of TV writer Tom MacRae and what they lack in blazingly original storytelling, they more than make up for with warmth and wit. Indeed the songs manage to successfully fuse pop, funk and soul for the big tunes like the opening number And You Don’t Even Know IT.

The star of the show is undoubtedly John McCrea, a complete unknown, as the tall, slender, charismatic Jamie, with a peroxide short back and sides. He manages to be both passionate and occasionally naïve and McCrea has the kind of star wattage that can light a stage of its own. It was hilarious watching him switch on and off the mini lights that adorn his habitual red dress. The highlight of a strong supporting cast is Josie Walker as Jamie’s mum, delivering her introspective solo numbers If I Met Myself Again and He’s My Boy, with raw emotional power. Lucie Shorthouse, meanwhile, is richly amusing as Jamie’s hijab-wearing best friend, Pritti, who like Jamie, knows what it’s like to be on the receiving end of prejudice. Phil Nichol is a delight as his bear-like mentor Hugo.

This, then, is a timely feelgood musical that has the word ‘hit’ written all over it. You certainly will be talking about Jamie for a long time to come!

Showing at the Apollo Theatre until 21 April 2018 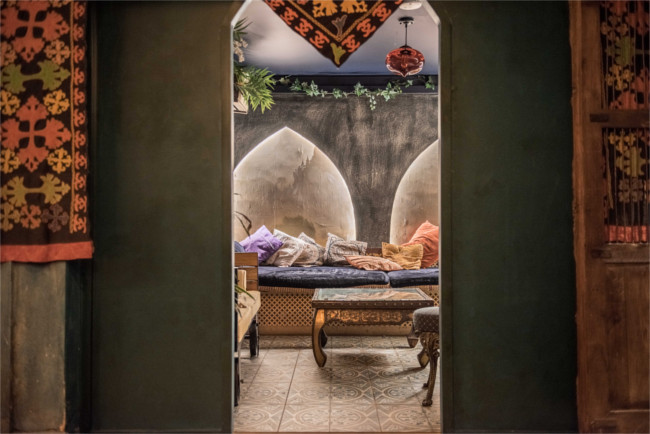