One woman’s search for the truth in senseless world provides the theme of Caryl Churchill’s intriguing but perplexing short play Far Away (Young Vic Theatre), winner of the JMK Award directed by Kate Hewitt.

Confronting our deepest fears, the play depicts a chilling universe where everyone is at war and not even the birds in the trees or the river below can be trusted.

When young Joan (Emilia Jones) wakes in the night at her uncle and aunt’s house she sees things no child would forget. She feels the blood beneath her feet and sees her uncle beating a child with a steel rod and hears the cries of humans caged like animals in a lorry. Aunt Harper (Tamzin Griffin) cannot dispel her young niece’s fears as she tries to provide a convincing explanation to the horrors that are taking place.

More forward a few years and the older Joan (Samantha Colley) is now working alongside Todd (Ariyon Bakare) in a sinister hat factory where both are employed to make extravagantly ornate creations, the purpose of which only becomes apparent later in a disquieting, silent scene that results the horrors of the Holocaust given an absurdist twist. If the final scene with its vision of a deranged dystopia, where nature, seized by unstoppable global enmity, has turned on itself, is perhaps taking an environmental catastrophe too far the sense of menace never diminishes.

With the help of designer Georgia Lowe and an eerie soundscape from Tom Mills, director Kate Hewitt gives the action a nightmarish feel. True the play is brief (45 minutes), uneven and strange but its message seems more resonant than ever as we sleepwalk into a future in which governments have played on terror to make us fear ourselves and in which resource wars set country against country.

In short then a dark, disturbing drama that seems like a warning shot in our increasingly violent times. 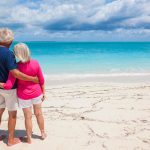 Next Story
Can a pill cure binge drinking and dementia?