Laurence Green finds humour, punch and poignancy in David Lindsay-Abaire’s Good People – “not just a good play but a very good one”

Fate, class and the surprising effects of circumstance are explored with insight and humour in the Pulitzer-prize winner David Lindsay-Abaire's Broadway hit play Good People which has come to London's West End (Noel Coward Theatre) in a first-rate production directed by Jonathan Kent.

The action is set in South Boston, known as Southie to its citizens. It is a rough blue collar area with a strong Irish Catholic community where the playwright himself was raised before winning a scholarship to a private school which changed the course of his life.

The play's protagonist is Margie, a sharp-tongued single mother with a 20 -year-old handicapped daughter. In the first scene we see her begging to keep her job at a down-at-heel dollar store as she has arrived late again. It is not her fault because the woman who looks after her daughter is unreliable. The manager, acting on orders from his boss, has no alternative but to sack her. Destitution and homelessness seem to be staring her in the face. However, hearing that an old boyfriend has made good and become a fertility specialist, is in town, she decides to corner him. But when Margie's plan brings unexpected consequences for her and her the unsuspecting Mike, both must look to the past to re-examine the choices and secrets that brought them back together.

This is a work which manages to touch both the heart and the mind and in difficult economic times can certainly be regarded as a play for today. In ultimately looking at the lottery of life, it shows how much chance and luck play in our lives. The dialogue has a cracking energy and Lindsay-Abaire's acute observation of character and class constantly rings true. Yet, although the ideas and themes in the play wouldn't immediately strike one as comic, it manages to be a very funny exploration of serious subjects.

However, what gives this production it punch and poignancy is a superb central performance by Imelda Staunton as Margie, displaying a resilience and will that has you rooting for her character. Lloyd Owen brings a touch of darkness to the role of the self-satisfied doctor, Mike, and Angel Coulby impresses as Kate, his black wife, who initially mistakes Margie for a caterer. Strong support is given by Susan Brown as Margie's unsympathetic landlady, Lorraine Ashbourne as Margie's friend and confidante, and Matthew Barker as the dollar store manager and the least deserving winner at Bingo.

In short Good People is not just a good play but a very good one that lingers in the mind long after the final curtain.

Runs at the Noel Coward Theatre until Saturday 14 June 2014 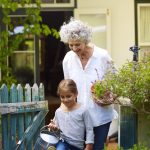 Previous Story
Being the best grandparent
→ 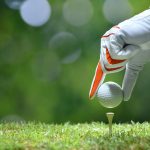 Next Story
Golfing breaks and Roman gems in Antalya