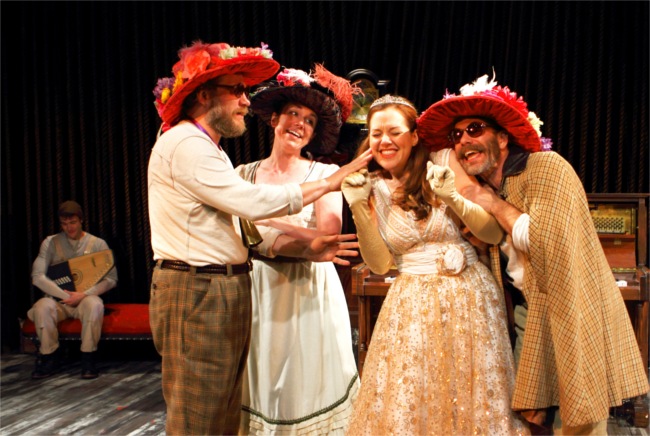 A group of Grimm's fairy tales spring to life and become intertwined in a heady mix of escapist fantasy, violence and exhilarating wordplay in Noah Brody and Ben Steinfeld's stripped back staging of Stephen Sondheim's musical Into the Woods (Menier Chocolate Factory).

The characters mostly familiar from the fairy tales are all on a quest: Cinderella, in her ball gown, hopes to go to a festival; Little Red Riding Hood wants to feed her grandmother; beanstalk enthusiast Jack would love it if his cow would produce some milk; and a baker and his wife long to have a child, a wish that could be granted if they can find a red cape, a golden slipper, a lock of yellow hair and present them to the necessarily wicked witch next door to lift the spell she has cast upon them. However, as they fulfil their desires, they start to question whether they've been wishing for the right things. Cheating and bickering ensue, and a giant stamps alarmingly into their midst.

This lean and inventive interpretation, in which all members of the 11-strong cast play instruments, feels like a homespun community project. The book by James Lapine, on which the musical is based, is hopelessly convoluted and juggles too many plot strands.  It is an earnest endeavour with some longueurs in the second half but a good deal of Sondheim's barbed wit comes through and the subversiveness of the lyrics is palpable.

Although I didn't warm to the show, it is put across with great ensemble vigour by American theatre company Fiasco. Ingenious use is made of basic props: a tailor's dummy, becomes a tree and a stepladder turns into Rapunzel's tower. The woods themselves are a thicket of ropes, the giant an old director megaphone. Cows are blokes with bells around their necks and birds are music sheets made to flutter.

Of the hard-working cast I would single out for praise Jessie Austrian who plays the baker's barren wife with a great sense of mischief, Emily Young as an insatiably greedy Little Red Riding Hood, Andy Grotelueschen as Jack's endearing cow Milky White and Vanessa Reseland as the witch who tries to turn the clock back to restore her youth but in doing so loses her power. Furthermore, each company member gets a chance to shine.

This, in short, is a musical fantasy where happy-ever-afters crumble but where wishes can occasionally come true and where muddled morals and the predictable folklorish bite of the fairytale is restored. 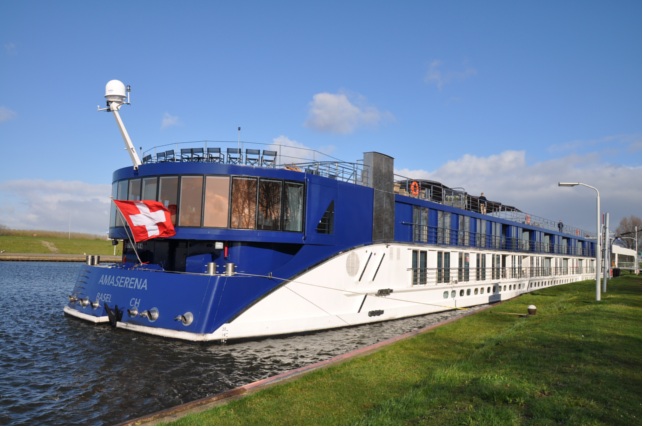 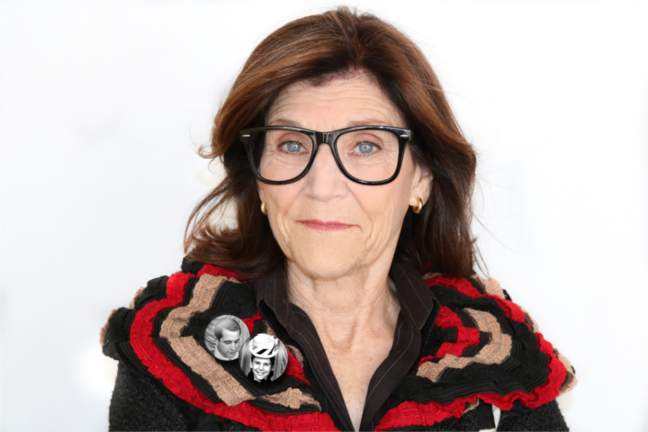 Next Story
Q&A with Lynne Jassem