The Rice/Lloyd Webber-penned classic still feels fresh and vibrant and provides an entertaining and thought-provoking experience for audiences of all ages, writes Laurence Green. 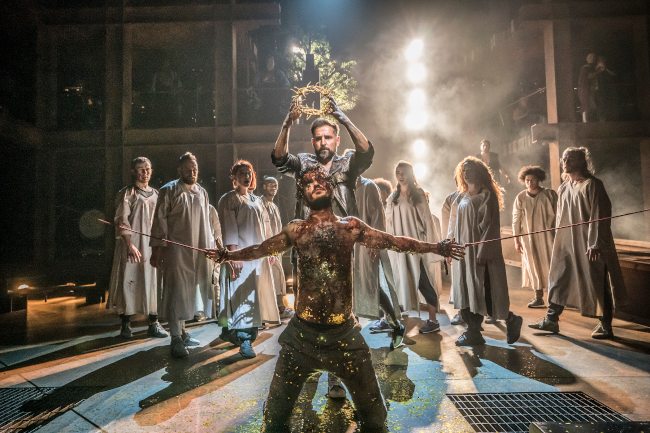 Hallelujah! heaven be praised! the 1968 Andrew Lloyd Webber/Tim Rice musical Jesus Christ Superstar that originally caused outrage and was accused of blasphemy is back as powerful as ever in Timothy Sheader's absorbing production that has transferred from the Open Air Theatre Regent's Park to the Barbican Theatre.

Having gained a substantial following, Jesus has caused quite a stir, raising the suspicion and fears of the high priests as he teaches about love and carries out miracles in Jerusalem. To some individuals such as Simon Zealotes, Jesus is going to be the catalyst that makes the nation rise up and overthrow the despised Roman oppressors, led by the Governor of Judea, Pontius Pilate. To the priests, Caiaphas and Annas, Jesus represents a threat to the religious establishment. And to his followers like Mary Magdalene and Peter, he is something of an enigma. Man or son of God? Teacher or leader? They are not sure but will stay with him forever. Only Judas believes he sees the truths about Jesus and is very afraid of what the future holds for the man he idolises. Feeling let down by the Messiah, who doesn't match up to his leadership ideals, he plots to sell his master to the authorities and re-establish order.

This sung-through rock opera becomes a pertinent portrait of celebrity and fanatical fandom. Furthermore, arming Jesus with an acoustic guitar points to our increasingly hysterical search for a saviour in an era of false populist idols. Tim Rice's stimulating lyrics, coupled with Andrew Lloyd Webber's haunting score–a combination of rock, lilting ballads, stirring gospel and pounding choral pieces–and include such memorable numbers as I Don't Know How to Love Him, Hosanna and Superstar, take centre stage as the singing is exalted over all the other elements. The main actors pick up a mic in their one-to-one numbers. This prop emphasises the concert-like frame into which the script is inserted, but at times seems a clumsy device. The excellent onstage band (under MD Ed Bussey) rings out so loudly, it occasionally overpowers the singers.

Tom Scutt's striking design comprises a structure of rusted metal girders and fallen cross acting as a sloping catwalk, while Lee Curran's lighting adds to the drama from flashing stadium lights through to soft haze and final divine stream, illuminating Jesus on the cross.

Drew McOnie's choreography is fast and furious. His ensemble sways, shudders, grasps and gasps in sync–a heady collective sensation, which adds a visual and visceral dynamism to what can otherwise be more of an aural experience. 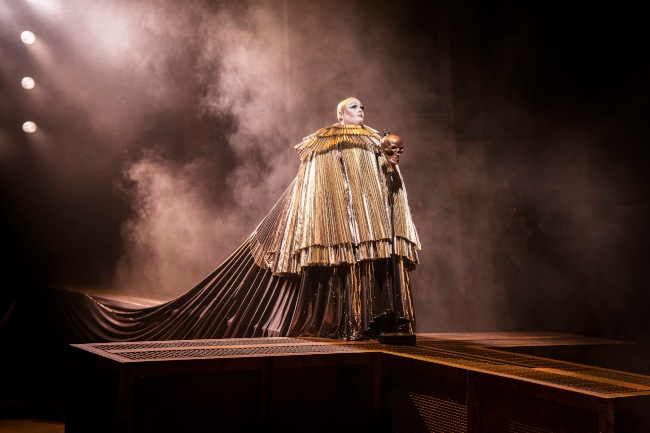 The cast is uniformly good and the singing breathtaking. Robert Tripolino brings an impish charm which later brims over into frightened fragility, as Jesus. Sallay Garnett's Mary Magdalene has a soulful dignity, while Ricardo Alfonso makes a tortured Judas and 2010 X Factor winner Matt Cardle is mean and moody as Pilate. There is also a scene-stealing performance from Samuel Buttery as a flamboyant Herod.

This is a show which still feels fresh and vibrant and provides an entertaining and thought-provoking experience for audiences of all ages.

Runs until Saturday 24 August at the Barbican Theatre. 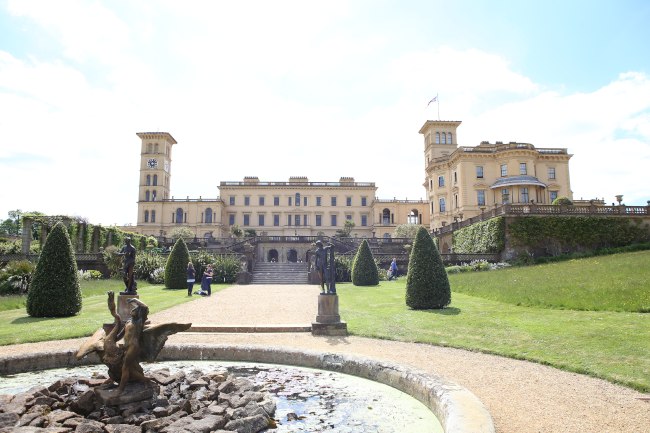