John is a fascinating exploration of the use of truth and lies within relationships and the solace and dangers of each, writes Laurence Green. 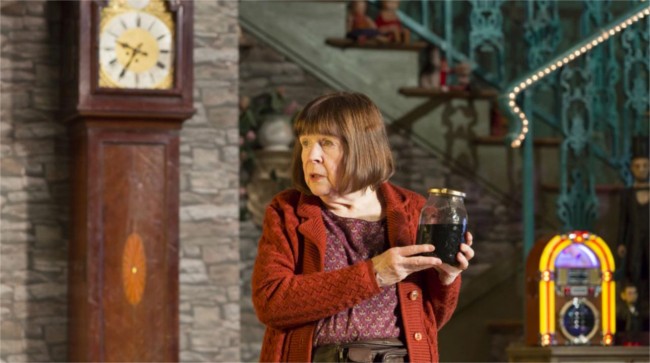 A slow-burning portrait of deceit is provided by fêted American playwright Annie Baker in her new play John (Dorfman Theatre at the National), directed by James Macdonald.

It is the week after Thanksgiving and mismatched couple slippery Jenny and her sour boyfriend Elias are visiting Gettysburg, Pennsylvania, site of the most famous battle of the American Civil War. Late at night, they reach a creepy and cluttered bed & breakfast run by Mertis, an eccentric, friendly woman, who has rooms called after Andrew Jackson, Abraham Lincoln and Joshua Chamberlain. It gives Elias the chance to revisit his youthful obsession with the American Civil War. As the couple quarrel, Jenny spends more time with Mertis and her blind friend Geneviève, bonding over a bottle of wine and talking about love. Yet it's beyond Mertis and Genevieve to heal the rift between the young couple.

The John of the title, whom we never see is one of the reasons for the couple's squabbling, as we watch their relationship disintegrate.

The quartet's strange encounter enables Baker to probe into loneliness, the nature of our inner lives and the elusiveness of truth. The result is a long (over three hours ) play and the lack of incident or clean-cut meaning makes it a somewhat gruelling experience. Behind the intense naturalism, the long silences, the way conversations unravel slowly as in life, there is nevertheless a revealing insight into human nature and just what makes us tick as individuals. Scenes of tension – when Elias loses self-control and threatens Jenny with the thing she most dreads – are balanced with fierce humour, as when they discover Genevieve sitting in the dark who then goes on to explain how she is still haunted by her dead husband. In the same way, Baker's dialogue seems to be simple but her words drop like stones in a pond, the ripples reverberating.

Chloe Lamford's design is rich in detail – a Christmas tree, gleams in a corner, lights twinkling up the steep stairs to the bedroom while dozens of old-fashioned eerie dolls and kitsch figurines occupy every available surface of Mertis's parlour and there is also a continually in-use jukebox and a self-playing piano that starts up for no reason.

Performances are all commendable, in particular, American actress Marylouise Burke making her British debut as the delightfully quirky Mertis, who seems to have power over time itself, as she winds the hands of a grandfather clock to denote the shift forward in the action. June Watson is equally comical and touching as Genevieve, while Tom Mothersdale and Anneika Rose are convincing but lack empathy as Elias and Jenny respectively.

This then is a play about storytelling –  the stories we tell ourselves and the lies we tell each other – and the solace and dangers of each.

Runs at the Dorfman Theatre, London, until Saturday 3 March 2018. 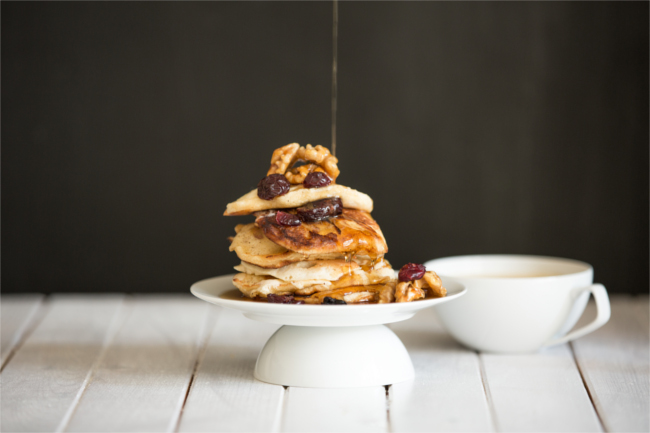 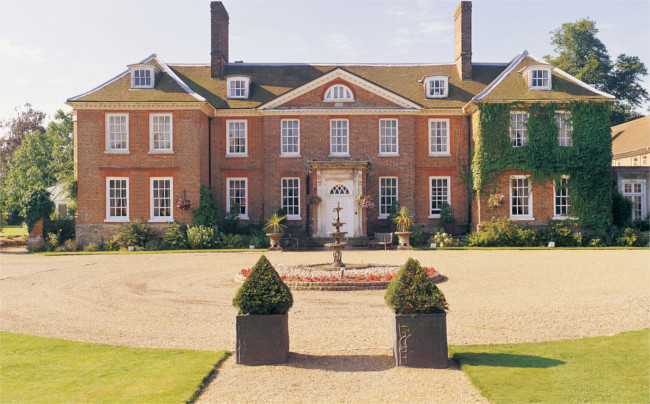 Next Story
The Garden of England