Laurence Green says Little Revolution fails to deliver enough sense of tension or menace in its portrayal of the London riots of 2011.

The London riots which so shocked the nation in August 2011 have been visited by Alecky Blythe in her verbatim play Little Revolution (Almeida Theatre).

Theatre-maker Blythe traipsed up and down the London streets of Hackney, Tottenham and Croydon armed only with a Dictaphone, risking life and limb as she grabbed every chance to talk to people caught up in the melee.

We get an impression of the chaos convulsing the streets – the looting and the circling police helicopters – yet we do not enough sense of tension or menace.

The focus is mainly centred on a convenience store run by Siva, a Tamil refugee. When the rioters loot his shop, the determination of the local residents to help him get back on his feet results in a fundraising tea party, organised by a middle class hippie couple Tony (played by Michael Shaeffer) and Sarah (Imogen Stubbs), supported by a local councillor and the rector of Hackney. In addition, a group of local mothers launches a campaign under the slogan "Stop Criminalising Hackney Youth" amongst whom there is a particularly vociferous local market trader (Ronni Ancona)

Director Joe Hill-Gibbons has introduced members of a 32-strong community chorus who use every part of the stage to create the effect of a community in crisis, and the non professionals merge with the professional actors to heighten the realism of the piece.

But while the play touches on important issues such as the resentment caused by gentrification, especially the ever-widening gap between rich and poor, we see most of the characters all too briefly for them to make an impression and more attention is given to the middle class voices than the rioters themselves.

Indeed despite consisting of authentic testimony the play fails to really get under the skin of its subject and in fact tells us little more that we already know from the extensive media coverage. 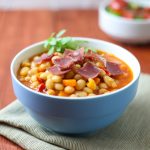 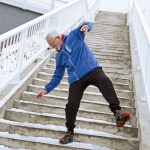