Laurence’s Connor’s stunning revival of Miss Saigon has cinematic fluency and is proving to be one to the most popular shows in town.

It is seldom that you find a musical revival as good as Laurence Connor's stunning new production of the 1989 hit Miss Saigon (Prince Edward Theatre).

The story is derived from Puccini's Madame Butterfly with the action relocated to Vietnam during the final days of the war. It tells the tragic tale of a young bar girl, Kim, orphaned by the war and forced by circumstance into prostitution, who falls in love with an American GI called Chris, but their lives are torn apart by the fall of Saigon.

This is a musical firmly rooted in reality, which deals with such universal themes as love separation, hope and sacrifice. A fast-paced production, it manages to be both epic and intimate and superbly captures the confusion and terror of war and the desperate lives of the young Vietnamese women working as prostitutes and go-go dancers under the vigilant eyes of a sinister pimp called The Engineer.

The staging (designs by Totie Driver and Matt Kinley) is breathtaking with many visually eye-opening scenes, most notably the gaudy colourful squalor of the Dreamland club where our lovers first meet, Saigon itself (which later became Ho Chi Minh City), symbolised by a towering golden statue before which Viet Cong troops parade with well-drilled fervour, America represented by a Statue of Liberty replica, in front of which the defenders perform with military precision, and, most impressive of all, the sequence in which a helicopter evacuates troops from the American embassy roof, certainly one of the most exiting ever staged in a theatre.

The score by the writers of Les Miserables, Alain Boubil and Claude-Michel Schonberg with its great surging ballads such as the memorable Sun and Moon do not, like many musicals, slow the story down, but serve to illuminate character and action and indeed are emotionally draining.

The star of the evening is undoubtedly 18-year-old Eva Noblezada, vulnerable and touching as Kim, and her raw, deeply felt performance and soaring voice lends the show its heart. Alistair Brammar gives an engaging performance as her beloved Chris, while Jon Jon Briones is suitably seedy as the unscrupulous Engineer, a man born of a Vietnamese mother and a French soldier, who is caught between two worlds and who dreams of escape to America.

This indeed is a production staged with cinematic fluency which is laced with dark, sardonic humour and has a dramatic tension which is maintained throughout.

Welcome back Miss Saigon! It is already proving to be one to the most popular shows in town and has created a storm at the box office! 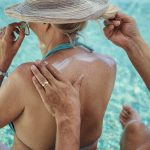