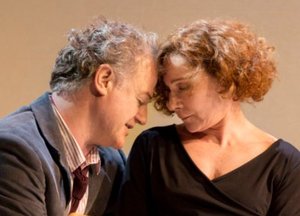 The corrosive consequences of betrayal are explored  by Peter Nichols in his eighties tragic-comedy Passion Play, which is revived in a new production directed by David Leveaux at the Duke of York’s Theatre.

Picture restorer James (Owen Teale) has been faithfully married to his chorister wife Eleanor (Zoe Wanamaker) for 25 years, but finds himself susceptible to the brazen charms of the much younger and alluring Kate (Annabel Scholey). Yet the notion of infidelity arises only when Eleanor mentions that Kate has said she fancies him. What begins as a casual remark turns into something toxic – an adulterous affair, from which James cannot extricate himself. As the lies mount up, the marriage is stripped bare, revealing illicit desires and hidden passions.

Nichol’s mix of desire, intimacy and deception throws no new light on the theme of adultery. But this familiar subject is given a novel twist by the playwright’s use of identically dressed alter egos (Oliver Cotton and Samantha Bond) who articulate the protagonists’ thoughts, feelings and private anxieties. However, far from being revelatory and shedding a more illuminating light on the characters, it proves a clunky and confusing device which wears thin after awhile.

This portrait of marital jeopardy strains to be clever and witty – there is an ingenious set design by Hildegard Bechtler – and the snippets of Bach and Handel that punctuate the action add grandeur but the writing feels excessively arty and, although there are moments of great poignancy, this remains a cold and, for the most part, uninvolving drama.

What gives the play a certain class is a heartfelt and moving performance from Zoe Wanamaker as the wronged wife, Eleanor, a confident woman whose life is destroyed by doubt. Urged to forget her errant spouse, she cries “he’s half my life” as if it is too late to withdraw her emotional involvement. Her acting alone conveys all the anguish of a woman suddenly realising that she has been betrayed and humiliated in a marriage she believed to be strong. There is no need here for a secondary voice, through which to channel her emotions.

The Duke of York's Theatre 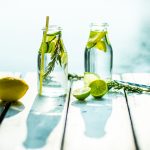 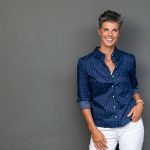 Next Story
Beauty tips of the month for 50+ skin