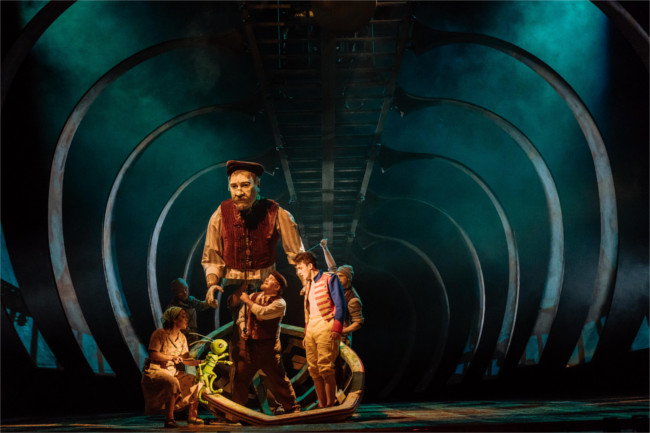 A classic Disney animation film from the forties has been brought to the stage with wit and invention in the form of John Tiffany’s new production of Pinocchio (National Theatre’s Lyttelton auditorium).

When the wood-carver Geppetto sees a falling star he wishes that the puppet he has just finished, Pinocchio, could become a real boy.

In the night the Blue Fairy grants Geppetto’s wish on the grounds that Pinocchio proves himself to be “brave, truthful and unselfish” and asks Jiminy Cricket to serve as the wooden boy’s conscience. But the naïve and trusting Pinocchio falls into the clutches of the Fox, the Coachman and Stromboli and is led astray to the sinister Pleasure Island, finally ending up in the belly of a whale.

This fable derived from the 1883 tale by Carlo Collodi and with a script by Dennis Kelly has been delightfully reanimated with the skilful use of puppets (conceived by Toby Olié) – in a clever reversal of expectation, Pinocchio is a real actor and his creator Geppetto a giant, life-sized puppet. Wisely sentimentality is kept at bay and it makes for a darkly beautiful and disturbing work, a morality tale about the dangers of lying rather than sing-along adventure.

The visual aspect of the production takes the breath away, in particular, the opening scene when snow falls and the mysterious Fox tries to cut down a tree in a forest until he is stopped by the flickering blue flame that darts across the stage representing the Blue Fairy. Designer Bob Crowley confidently switched the setting for the vaudeville show where Pinocchio seeks fame to the creepy Pleasure Island where the bright lights conceal an evil intent.

All the songs from the original film score (by Leigh Harline, Ned Washington and Paul J. Smith) are here, including When You Wish Upon A Star, but they have been put to new use. An Actor’s Life For Me Becomes a rousing ensemble over several scenes and I’ve Got No Strings is transformed into a big number in which the marionette-like dancers finally crumple into a heap, while Pinocchio defiantly struts his stuff.

Joe Idris-Roberts in the title role as the hero who yearns to be human and is torn between good and evil, is an engaging impish presence and there is real precision in his performance, whether interacting with puppets, both large and small, or clambering over and around the set, and it is impossible not to be impressed when his nose extends to the length of a broomstick. His sidekick Jiminy Cricket, with her constant worries about bacteria and germs, is perkily played by Audrey Brisson, and David Langham, with top hat and tails, makes a sneering villainous Fox, conveying a perfect mix of menace and madness, while Annette McLaughlin brings warmth to the role of the Blue Fairy. Also commendable are Mark Hadfield, who voices Pinocchio’s father Geppetto, and, by contrast, David Kirkbride who voices the giant-sized puppet that is the sinister Coachman who rules over Pleasure Island.

This, then, is a show which manages to be both scary and funny and proves to be the first-rate festive fare for the whole family. 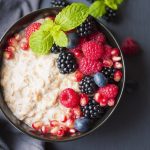 Previous Story
The healthy trends to look out for in 2018
→ 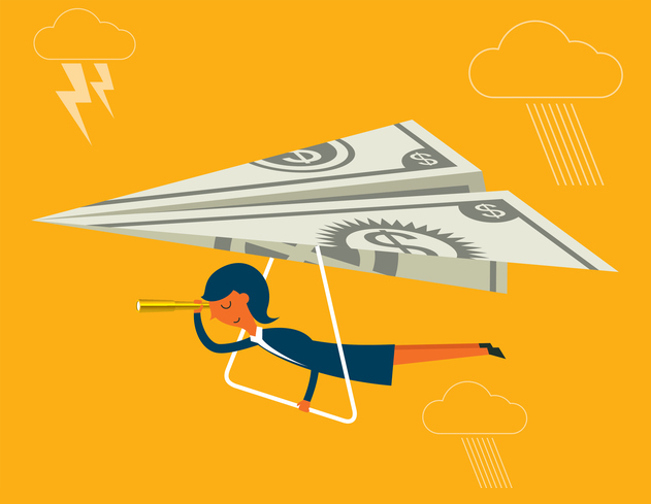 Next Story
Your financial New Year