Cirque du Soleil are back with a show that lets your imagination take flight. Laurence Green is thrilled by Quidam.

A man carrying an umbrella walks into a room out of the rain and a scantily clad girl dangles upside down on a rope high above the ground.

Yes, you guessed it, the Cirque du Soleil, now in its 30th year, is back in town with feats of derring-do and athleticism in their show Quidam, at the Royal Albert Hall.

The slim Alice in Wonderland type plot involves a girl who goes down a rabbit hole, through the looking glass and ends up in a Magritte painting.

This, though, is a show where acrobatics take precedence over plot and indeed there are some thrilling scenes, most notably when a man becomes the spoke on a giant wheel and spins around the stage, the aerial hoops routine in which, with the hoops suspended above the stage, the performers pivot and twirl through the air, both solo and in unison, performing stunning feats of grace and dexterity, and the masterful Diablo or Chinese yo-yo,  a child's game where the performer holds two sticks linked by a string on which a plastic spool is juggled, tossed and balanced. But the most breathtaking routine is the acrobatic banquine finale, with bodies simultaneously flying through the air in many different directions, forming human pyramids with perfectly synchronised movements.

Once again, the comedy aspect is the weakest part of the show, especially, the rather tiresome and over-familiar sequence which parodies silent cinema. But fortunately the mirth free clowning has been cut to a minimum.

The show which is now almost XCX years old, has played to more than 10 million people on five continents. No doubt it is the acrobatic feats which most impress but the show also creates a sense of unease with white clad figures resembling aliens or decontamination workers after a nuclear accident, often stalking the stage. The whole production is under-pinned by an appealing musical accompaniment from a large band.

A further word of commendation must be given to the stylish set – a giant metal rainbow of a support structure for the various acts arcs elegantly out of the Albert Hall and a set of small lights gives a fairy quality to proceedings.

Certainly a circus like no other, just let your imagination take flight … 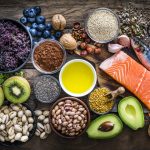 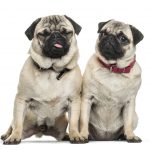 Next Story
Detox for your dog