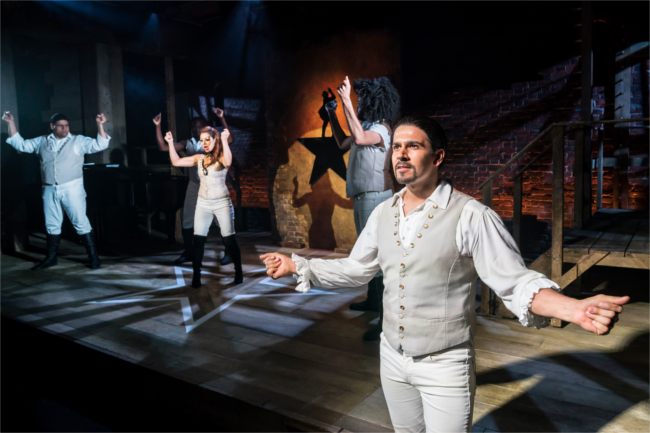 It was perhaps inevitable that once Hamilton had become the biggest hit on both Broadway and London’s stages and garnered the greatest hype, the show would be ripe for parody and this is indeed the case with Gerard (Forbidden Broadway) Alessandrini’s witty and entertaining 85-minute spoof Spamilton (Menier Chocolate Factory).

Spamilton loosely borrows the musical structure of Hamilton for its inspiration and, although it feels like a collection of sketches, some hitting more effectively than others, it nevertheless has something of a narrative – Lin-Manuel Miranda, creator of the all-conquering juggernaut, coming to save Broadway from Disneyfied mega-musical mediocrity. Other musicals – and industry titans – crop up too, but the emphasis is on Spamilton. There’s spot on spoofing of the show’s tropes via Gerry McIntyre’s movement and Dustin Cross’s costumes as well as Gerard Alessandrini teasing Miranda’s “stretching rhymes harder”.

Many gags are spectacularly tied to the score, like the hilarious repetition-to-death of “17” – referencing the oft-mentioned dates – or to the production itself, whether the double casting or Daveed Diggs’s super-fast rapping.

Miranda’s singing voice comes under scrutiny, as does his major, Twitter presence and new status as public property – Alessandrini returning to “In the Heights” to examine ‘brand Miranda’, now allied to ‘brand Disney’, via Mary Poppins, posing the question: Has the great man sold out? Otherwise, Alessindrini is generally celebratory of Hamilton. He also sends up Stephen Sondheim’s dense intricate lyrics with ”Another Hundred People” becoming “Another Hundred Syllables”. 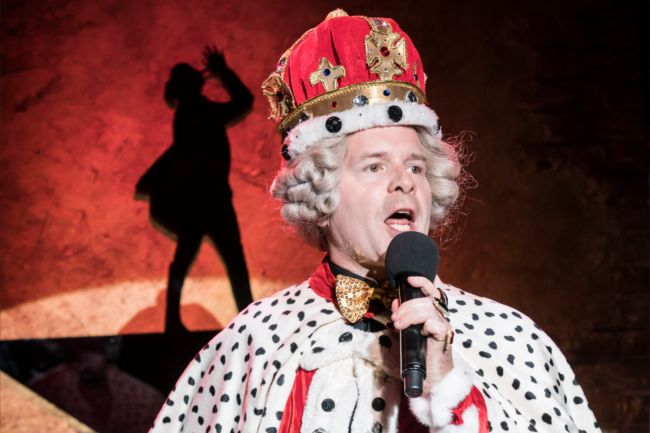 One of the true highlights and funniest moments has King George cast as a villain, trying to disrupt the UK opening of the show by engineering construction works around the Victoria Palace, so that it’s impossible to find the entrance, while “I want to be in the room where it happens” becomes “I want to be in the film when it happens,” speculating about the horrors of Hollywood casting in the virtual certainty of a future film being made.

The hard-working, versatile cast work their butts off and come up trumps. Playing Miranda-as-Hamilton, Liam Tamne brilliantly captures his enthusiasm and sincerity, as well as his idiosyncratic rap delivery. Jason Denton has the Daveed Diggs grin and swagger to a tee, while Eddie Elliott is the embodiment of Leslie Odom, his carefully delineated speech becoming more than just a character trait and Damian Humbley, marvellously delivering King George’s reworked numbers and arguing that with Hamilton ‘straight is back in the musicals’. Julia Yammanee, with a sweet-voiced, energy-packed performance, is powerfully convincing as everything from all three Schuyler sisters at once to a milking-the-moment Barbra Streisand, while Marc Akinfolarin has an endearing stage presence and impressive comedic range.

But the show-stealer is undoubtedly Sophie-Louise Dann as a series of divas, begging for Hamilton tickets, particularly her hammered Julie Andrews as Mary Poppins and eerily perfect evocation of Liza Minnelli, wonderfully accompanied by onstage pianist Simon Beck.

I emerged from the theatre with a skip in my step and a smile on my face! 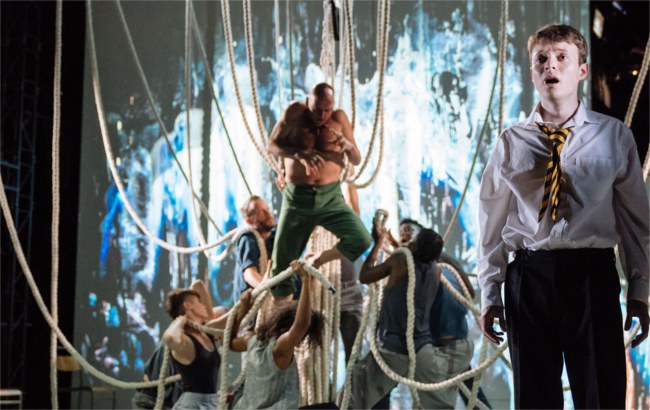 Next Story
A Monster Calls