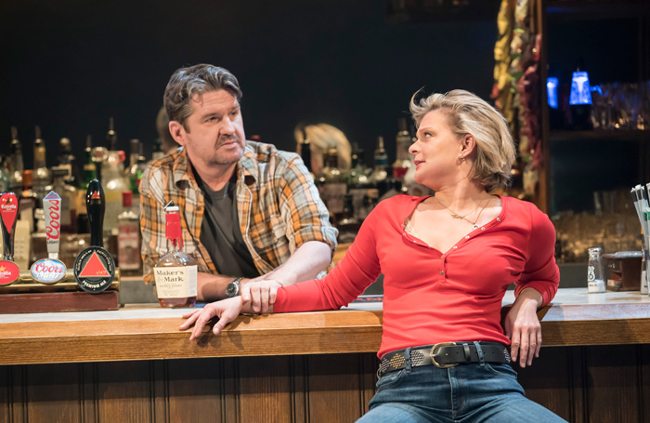 The collapse of the American Dream is a theme which has fuelled some of the finest American drama and the latest comes in the shape of Lynn Nottage's Pulitzer prize winning 'Sweat', which reaches the London stage (Donmar Warehouse) in a stunning new production, directed by Lynette Linton.

The play is set in Reading, a working class Pennsylvania town, a once proud manufacturing hub but now one of the poorest in the US. The drama, which shifts back and forth in time between 2000 and 2008, traces the shifting dynamics of a close-knit trio of middle-aged female friends and their twenty-something sons. Cynthia, Tracey and Jessie have worked together at the same factory since they were teenagers, just as their parents did before them. It's not just what they do, it's who they are. They down beers together at the local bar, run by the amiable Stan, who also worked at the factory, until he was seriously injured. But the bonds between them start to unravel when Cynthia is promoted, leaving the factory floor for a management job, and when Tracey discovers that immigrant workers are being actively recruited in an infringement of union rules. As they come together to celebrate each others' birthday, the rifts between them widen.

This is docu-drama at its best and the result of considerable research and interviews. The play is masterly at digging into areas where race and class intersect. Nottage shows the toll that such physical work takes on the women's bodies, and they way they use alcohol to alleviate their fears of what the future might bring, in particular how will they survive if they are laid off? It is a play of passion, eloquent about the way life can grind a person down and the way loss of income and of something more fundamental, of hope, of worth, of value, in society can drive people to extremes.

Frankie Bradshaw's set, a combination of neon signs and corrugated metal, evokes both the factory that plays such a huge part in these women's lives and the barroom in which they spend most of their evenings.

Director Lynette Linton extracts outstanding performances from Clare Perkins and Martha Plimpton as Cynthia and Tracey respectively and Leanne Best as Jessie, women hardened by life's kickbacks. Excellent support comes from Patrick Gibson as Tracey's son Jason and Osy Ikhile as Cynthia's son Chris and Stuart McQuarrie as the stoical barman who runs Mike's Tavern, the hub of the community.

This is a play which flits seamlessly between humour, heartbreak and trauma and emerges as a deeply profound and moving piece of work. It certainly deserves a West End transfer!

Runs until Saturday 26 January 2019 at the Donmar Warehouse. 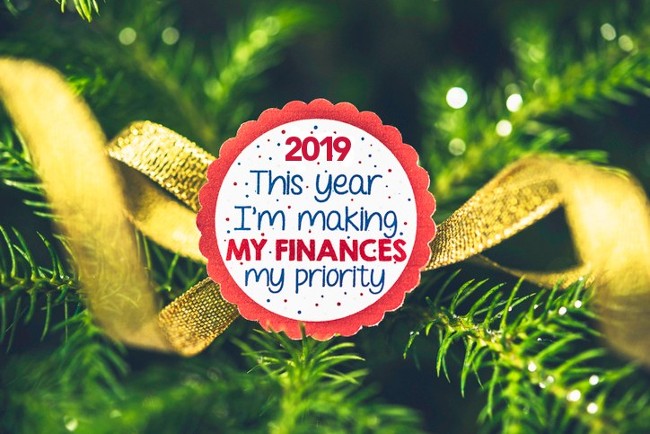 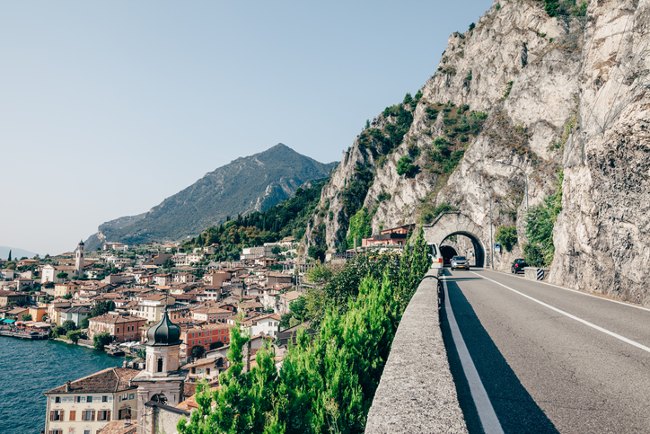 Next Story
Is a coach tour of Italy right for me?