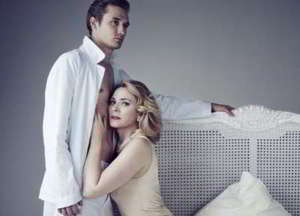 A vivid and haunting portrait of the destruction of dreams is provided by Tennessee Williams in his 1959 drama Sweet Bird of Youth, which is revived in a handsome but drawn out production directed by Marianne Elliott at the Old Vic Theatre.

Fading Hollywood legend Alexandra Del Lago flees the disastrous premiere of her comeback film. Travelling incognito she seeks refuge in drink, drugs and the arms of Chance Wayne, an idealistic young dreamer turned gigolo. A trip to Chance’s hometown as he desperately seeks to redeem his wasted life by getting a career in films and marrying his childhood sweetheart sees their relationship unravel as the young man’s past swiftly catches up with him and the threat of violence is not far away.

This play, as you would expect of Tennessee Williams, has plenty of Southern Gothic-castration venereal disease, prostitution, blackmail and Deep South racism, and, although the piece has been edited by James Graham, he could have out more from William’s densely symbolic text.

Furthermore the production seems over melodramatic at times, verging on caricature. But the last act which is played on a quieter and more sedate pitch encapsulates everything William is trying to say and really hits home.

Kim Cattrall (best known for her role in TV’s Sex and the City) makes a strong impression as Alexandra Del Lago, a self-declared monster who at first has difficulty in remembering where she is and who the man in her bed is as she awakens from an alcoholic stupor, but gradually engages our emotions – her voice is rich, her presence substantial and voracious yet also vulnerable. Seth Numrich, making his London stage debut, is perfectly cast as Chance Wayne, her desperate, 29-year-old toy boy lover who is long past the first flush of youth. There is also fine support from Owen Roe as a monstrously bigoted and corrupt local politician and Louise Dylan as his wretched daughter.

This may not be Williams at his best, but it still makes for a largely absorbing and rewarding evening in the theatre. 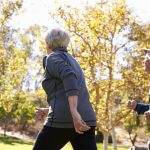 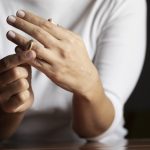 Next Story
Coping with infidelity