Penelope Wilton gives a stand out performance in Taken at Midnight and engrossing reminder of the terrible price paid by those who dared to stand up to Hitler.

It is not often you see a play which is so powerful that you emerge from the theatre totally shaken but this is indeed the case with Jonathan Church’s gripping production of Taken at Midnight by Mark Hayhurst, first seen at Chichester last year, and now at the Theatre Royal, Haymarket.

Berlin 1933. Hans Litten is one of the most celebrated lawyers in the city famed for his brilliant mind and the rhetorical flair with which he defends those fighting the growing Nazi movement. So when he calls Hitler as star witness in the trial of murderous SA men, the politician feels the full force of Litten’s intellect, wit and courage. It arouses in Hitler a feeling he can’t abide or forget. Two years later, on the night of the Reichstag fire Litten is arrested, held without charge in ‘protective custody’ and threatened as an ‘enemy of human society’. As Litten disappears into the Nazi system, his indomitable mother Irmgard confronts his captors and, at enormous personal risk, fights to secure his release.

Litten’s story was not until quite recently widely known – his fate, as playwright Mark Hayhurst writes, ‘merged with that of the six million’ that died in the Holocaust. The play, however, tells the story from a different perspective, that of his mother who becomes a campaigner on his behalf, addressing the audience in a style that’s intimates and intelligent. Indeed this is not just another routine revisiting of harrowing Nazi atrocity ‘but also about a woman’s dogged devotion to her son. There are many memorable scenes most notably when Irmgard storms the Gestapo headquarters, demanding justice from the implacable Dr Conrad, in whose hands Litten’s fate rests and her visit to the concentration camp where he is incarcerated and horribly tortured in the drama’s most moving scene.

The simplicity of Robert Jones’s designs creates a strong sense of conviction and does not detract from the drama being played out centre stage, while Tim Mitchell’s atmospheric lighting makes clever use of shadow and Matthew Scott’s nerve-tingling score is the musical embodiment of dread.

But it is the outstanding performance of Penelope Wilton, vibrating with indignation as Irmgard and conveying a mixture of moral authority and maternal anguish that really sets the production alight and makes the story resonate even more fiercely. Martin Hutson impresses as the principled articulate and defiant Hans, a young man raised as a Lutheran who has chosen to refer to himself as a ‘Jewish atheist’ to annoy his Jewish-born father Fritz (well played by Allan Corduner) who disapproved of the showy way he took on Hitler. John Light is excellent as the implacable Gestapo officer Dr Conrad, gradually allowing us to see the ideological reality beneath his smoothly polite surface. Fine support is provided by Mike Grady as a truculent newspaper editor and Pip Donaghy as a free-speaking anarchist, both being Litten’s fellow captives and David Yelland as a British diplomat who takes up the Litten case but argues that a show of aggression would be counterproductive, a figure symbolising the establishment’s reluctance to acknowledge the reality of Nazi Germany.

This then is an important and engrossing play that reminds us of the terrible price paid by those who dared to stand up to Hitler.

Runs at the Theatre Royal, Haymarket until Saturday 3 March 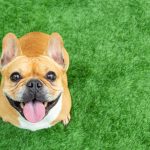 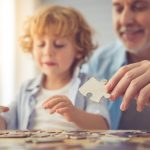 Next Story
The Generation Game