Laurence Green reviews, The Father, a fascinating and totally unsentimental drama exploring the effects of dementia, featuring an outstanding performance by Kenneth Cranham. 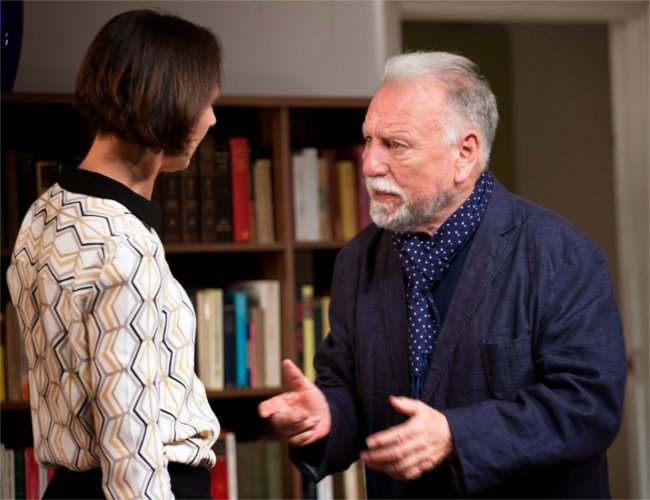 A compassionate if unsparing play about dementia that draws you into the mind of the sufferer is how you could describe French dramatist Florian Zeller’s superb The Father (Tricycle theatre) which has been translated in to English by Christopher Hampton.

The story starts on a deceptively light-hearted note. We are in a smart Paris flat where 80-year-old Andre (the father of the title) is having a bit of a tiff with his daughter Anne. She is exasperated because he has alienated his latest carer; he is grumpy because he believes his watch has been stolen. Sounds familiar? But in the next scene as we wait to see what happens, we find Andre again, only this time he is joined by someone who calls herself Anne, but with a different face.

And why does the man who enters, claim to be her husband when earlier she was single? Where are we? Is this before or after the previous scene?

The cleverness of Zeller’s absorbing play is that it doesn’t just show us the impact of dementia; it uses the nature of theatre to put us in the same boat as Andre. Every time we think we have a grip on the situation something occurs to disorientate us: a plot detail, the time of day, the place, a rearranged room. Characters merge, change, time moves back and forth. Just as Andre loses a grip on reality, so do we become completely confused, and attempt to piece things together.

One of the most striking things about this play is its absolute simplicity and its refusal to digress. Zeller’s language is spare and very simple and he has a particular skill in making the audience come to mistrust both its own perceptions and its capacity for interpreting the world using the evidence placed before it. It is a gripping work and doesn’t relax its grip until the final catharsis, which is very moving. Yet despite its subject matter it doesn’t feel at all depressing, it is in fact fascinating and at times funny, while remaining totally unsentimental.

James Macdonald’s excellent staging creates a strange sense of intimacy; while Miriam Buether’s striking set subtly changes from scene to scene and adds immeasurably to the impact of the drama.

But it is the outstanding central performance by Kenneth Cranham (Surely worthy of a best actor award?) as the mischievous, crusty, clever, charming and pitiably confused Andre that makes this such a memorable production. Claire Skinner also excels as his wearied, worried daughter Anne, while Colin Tierney is totally unsympathetic as Anne’s rat of a husband (or should that be boyfriend?).

This then is a drama of the highest order and richly deserves a West End transfer.

Runs at the Tricycle Theatre until Saturday 13 June 2015 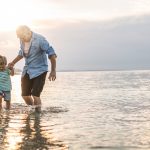 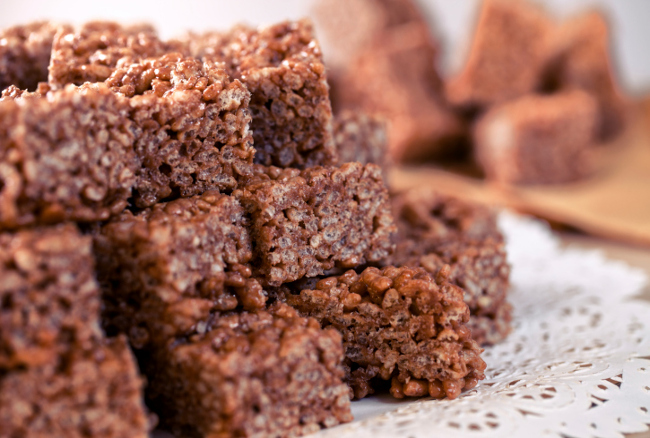