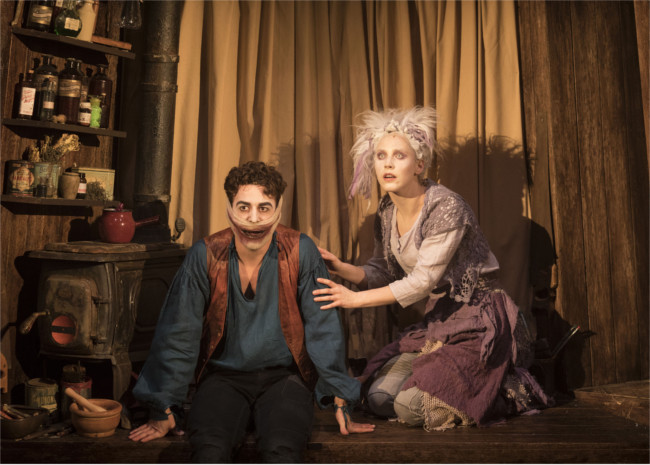 Imagine a cross between Les Misérables and The Phantom of the Opera but lacking their power and emotional depth and you will have some idea what to expect from Tom Morris’s production of the macabre new musical, The Grinning Man (Trafalgar Studios), based on Victor Hugo’s 1869 novel ‘L'homme qui rit’.

This tells the curious tale of a young man called Grinpayne who, mutilated as a child, has been left with a hideous grin which hides beneath a bloodied bandage. He is taken, along with a blind girl, by a kindly old man and is employed as a fairground freak. Such is his appeal as a circus attraction that he takes on a messianic status. But beneath his enforced smiles is an individual struggling with pain, with an addiction to medicine that dulls the agony and a desire for revenge on the man who lacerated his face. The truth, along with what happened to him, is narrated in a flashback using puppets and shadowplay by the circus owner. But is that version correct?

We get here that trademark Hugo mix of personal quest and a passion for justice. Adaptor Carl Crose has condensed Hugo’s hefty plot although the narrative that’s left is dismayingly unclear at times. Indeed this is a show which treads a precarious balance between the romantic and the grotesque and is further weighed down by crude, over emphatic dialogue and sketchy characterisation and when corrupt royalty come to watch Grinpayne the narrative becomes unnecessarily complicated.

Joe Bauser’s set design, framed by a grinning rictus of bared teeth, blends the carnivalesque and the gothic. Puppetry by The War Horse team of Finn Caldwell and Toby Olié includes a striking skeletal grey wolf and an expressive version of the boy Grinpayne.

Louis Maskell manages to enlist our sympathy as the disfigured Grinpayne, a man trying to find out who he really is and who wears his pain on the outside. Good support is provided by Sean Kingsley as his adoptive father, Sanne Den Besten as his blind half-sister and would-be love and Amanda Wilkin as the lustful duchess.

But I’m afraid this is a musical I could not warm to. It will certainly wipe the smile off your face!

Showing at Trafalgar Studios until 17 February 2018 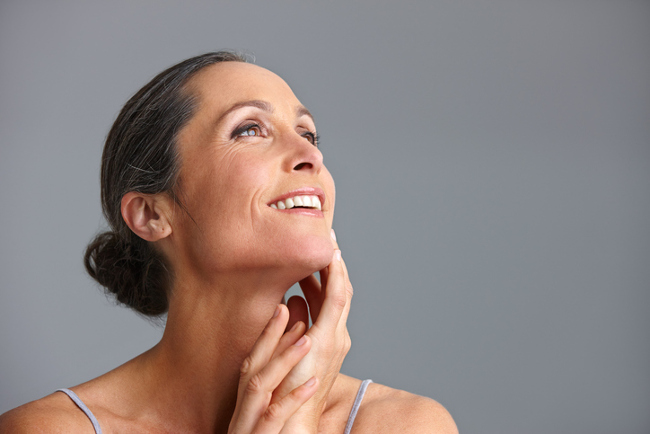 Previous Story
Your guide to glowing skin this winter
→ 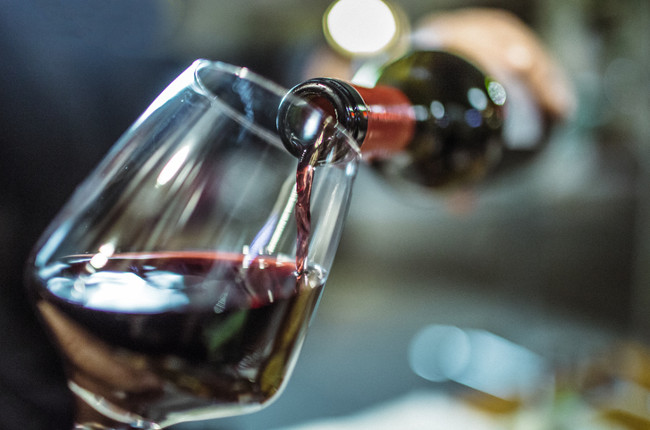 Next Story
Six health reasons to reduce your alcohol consumption