Laurence Green reviews the stage production of Roald Dahl’s The Twits at The Royal Court Theatre.

It must have seemed like a marriage made in heaven – a work by one of the greatest writers of children’s books, Roald Dahl, adapted for the stage by one of the foremost Irish playwrights, Enda Walsh, but the result entitles Roald Dahl’s the Twits (Royal Court Theatre) is a major disappointment.

The story centres on two of Dahl’s most disagreeable characters – Mr and Mrs Twit. Physically they’re repulsive and hate everything, except playing mean jokes on each other, humiliating travelling fairground folk, catching innocent birds to put in their bird pies, and making their emaciated, caged monkeys stand on their heads all day. But these monkeys have had enough, all they want is revenge. Can they find a way to show those vicious Twists what for?

This is a wordy, cumbersome stage adaption of Dahl’s dark, strange 1980 novella which could be considered a comedy of cruelty. However the production seems somewhat unfocused, starting well with a plea by the caged monkeys about their foul treatment by humans, but then becoming like a cross between a grotesque fantasy and a farcical pantomime and resembling a series of pranks – I was amused, though, when Mrs Twit serves her husband worms in a plate of spaghetti – rather than a convincing and coherent story.

Director John Tiffany draws commendable performances from Monica Dolan and Jason. Watkins in the lead roles – she fanged-toothed, white-haired and glinting with vicious mischief, he grubby-bearded and paunchy, with a regular habit of whacking her in the face with a frying pan. The rest of the cast fare less well and are unable to make their characters seem angaging.

The best thing about the show, though, is Chloe Lamford’s imaginative design, which does a fince job of evoking the Twits’ windowless house and well furnished caravan, the monkeys’ crammed confinement and the outrageous coupn5that the Twits’ victims finally pull off when they manage to turn their world upside down.

It should be remembered, however, that Dahl always treated his young readers as equals and never played down to them which this show singularly fails to do. 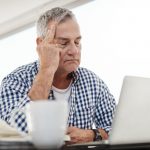 Previous Story
The importance of sleep as we age
→