Laurence Green picks his top 10 theatre productions over the past 12 months.

As 2014 draws to a close it is worth considering the highlights of the theatrical year, a year which if not exactly a vintage one, was certainly excellent with a diverse and electric mix of shows to satisfy even the most discerning theatregoer. It was not an easy task to select the ten best productions over the past 12 months but here goes.

In the top spot is Michael Blakemore’s superb revival of Noël Coward’s wise and witty comedy of social mores Blithe Spirit which marked a welcome return to the West End stage after an absence of 40 years of acting legend Angela Lansbury as eccentric medium Madame Arcati who is invited by a writer Charles Condomine and his wife Ruth to dinner and a séance. During the evening she unwittingly summons the spirit of Charles’s first wife Elvira who soon makes a play to reclaim her husband. This perfectly judged, marvellously acted production shows that the play is only incidentally about ghosts and the hereafter it is actually about marital discord in the present and continuing for all time.

2. Mike Bartlett’s bold and brilliant new play King Charles III (formerly at the Almeida and now at the Wyndhams) which focuses on the turbulent politics of royal succession and imagines what might happen when the Queen dies and the Prince of Wales’s long apprentices hip finally ends and he ascends to the throne. Director Rupert Goold riveting production combines wit and charity with moments of deeper feeling without resorting to caricature or cheap laughs. The play is basically about private conscience and public and perceived of politicians, press and sovereign, with moments that self-consciously recall Shakespeare’s dramas.

3. Richard Eyre’s scintillating production of the 1954 hit The Pajama Game, a buoyantly blissful musical comedy revival that seemed as fresh and sparkling as the day it was first staged. The action is largely set in the Sleep -Tite Pajama Factory in the American mid-west, where workers agitating for a seven-and-a- half cents pay rise face a bullying, skinflint boss, a fanatical time and motion man and a tough new superintendent, who promptly in charge of the grievance committee. Soon there is an awkward tension between professional duty and personal feelings. Great songs, superb choreography and excellent performances ensured an evening that sent me out of the theatre with a skip in my step and a smile on my face!

4. it is not often that you find a visit to the theatre so devastating that you emerge speechless but this was indeed the case with South African director Yael Farber’s revival of Arthur Miller’s landmark 1953 play The Crucible. Miller’s account of the witch trials in Salem, Massachusetts in the early 1690s was inspired by the paranoia about the communists whipped up by Senator Joseph McCarthy and the investigations of the Un-American activities committee which scared the country in the 1950s. This brilliant production proved no mere historical tract but a timeless parable attacking accusations which seems particularly relevant today in warning of religious fundamentalism and the mindset of those who believe they should kill in the name of God.

5. Robert Icke and Declan Macmillan’s absorbing adaption of George Orwell’s chilling and unsettling novel 1984, in which the nightmare of an authoritarian state obsessed with surveillance and the suppression of dissent is brought vividly to life. This impressively staged and acted production showed how relevant the work still is. We live in an era in which we too are monitored by government agencies as they secretly scrutinise our online activity the tabloids invade personal privacy and create unjustifiable hatreds and we spend much of our lives staring at screens, whether on laptops, TV, or smartphones.

I will be brief for the best of the rest:

6. Jennifer Haley’s dark and disturbing dystopian vision of the future in The Nether, which evokes a virtual wonderland designed to cater for every sexual fantasy and succeeds as both a serpentine crime drama and a haunting sci-fi thriller that explores the consequences of living out our private dreams.

7. Wolf Hall/Bring Up the Bodies, in which power, passion and politics make for a combustible mix. Adapted by Mike Poulton from Hilary Mantle’s prize-winning novels, those two complementary plays bring to life Henry VIII’s relationship with Anne Boleyn through the eyes and ears of his principal “fixer” Thomas Cromwell.

8. Laurence Connor’s stunning new production of the 1989 musical Miss Saigon (still at the Prince Edward Theatre). The story is derived from Puccini’s Madame Butterfly, with the action relocated to Vietnam during the final days of the war. It tells the tragic tale of a young bar girl Kim, orphaned by the war and forced by circumstance into prostitution, who falls in love with an American GI, called Chris, but their lives are torn apart by the fall of Sagon. The staging is breathtaking and has a cinematic fluency, the score by Les Miz’s Alain Boublil and Claude-Michel Schönberg carries a powerful emotional charge and there is a memorable central performance by 18-year-old newcomer Eva Noblezada as Kim.

9. Robert Hastie’s superlative new production of Kevin Elyot’s groundbreaking 1994 play My Night with Reg, set in the 1980s against the background of mounting fear of Aids. The production captured the constantly shifting moods with great élan, moving effortlessly between laughter and piercing moments of deeper emotion. But it was the marvellous performances by Jonathan Broadbent, Julian Ovenden, Geoffrey Streatfeild, Matt Bardock and Lewis Reeves that really make this bittersweet comedy seem so fresh and poignant.

10. Mike Poulton’s fluent adaptation of Ivan Turgenv’s scathing satire of 19th century Russian society Fortune’s Fool. Written in 1848 and initially banned by the imperial censors, Turgenv vividly portrays the greed, corruption and viciousness of Russian provincial life. Poulton brilliantly balances comedy and drama and melancholy and absurdity, aided by excellent central performances by Iain as the protagonist, who is both a comic and tragin figure and grows into a person of genuine moral stature.

Finally five shows which narrowly missed my top ten but all made a strong impression: Electra, Shakespeare in Love, Memphis the Musical, Great Britain and A View From the Bridge. Happy theatregoing! 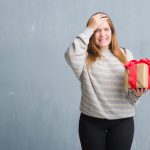