Versailles is an an intelligent, impressive drama that marks a worthwhile addition to the current debate about the legacy of the First World War, says Laurence Green.

The centenary of the outbreak of the First World War has been commemorated by many works in the theatre and on television but Peter Gill’s new play Versailles (Donmar Warehouse) is the first to focus on the aftermath of the conflict.

The year is 1919, the place is the drawing room of the middle-class Rawlinson family’s late Victorian villa in Kent. Life as it was lived before the war is slowly resuming its place. The family’s son Leonard – who comments pithily “We have forgotten the war in our efforts to deal with peace” – is among the British delegation sent to Versailles to draw up the treaty that will define Europe, the Middle East and the rest of the world. With the ghosts of a fallen loved one – the son of a close family friends- still haunting him, Leonard perceives that the choices made in Paris will shape the fate of millions for centuries to come, with the Armistice set to leave the world in an uncertain state and create the resentments that would eventually lead to the rise of Hitler and Nazism.

The political and the personal become seamlessly intertwined with witty, barbed banter giving way to pointed historical discussion. Gill perfectly captures the mood and spit of the times, while making a startling connections between this pivotal moment at the end of World War I and the world we live in today. The play takes on a heady mix of themes – the class system, freedom and equality and loss and loyalty and friendship and explores them with an illuminating insight. What, however, weakens this ambitious work is an overlong and rather ponderous second act which goes into great detail about the punitive reparations that should be meted out to Germany, centring on coal production from the mines in the Saar region.

Richard Hudson’s evocative set of the drawing room of the Rawlinson’s Kent villa and a state room at the Palace of Versailles where difficult decisions and forced settlements have to be reached adds immeasurably to the sense of conviction.

This then is an intelligent, impressive drama that marks a worthwhile addition to the current debate about the legacy of the First World War. 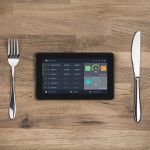 Next Story
Mother’s Day treats with the National Trust