Who was Rabbie Burns?

As people all over the world get ready to celebrate Burns Night, we find out a little more about the Bard of Ayrshire and how he is remembered.

Robert, or Rabbie, Burns is widely regarded as the national poet of Scotland. Most of his writing is in English with a ‘light’ Scots dialect. He is famous for his romanticism and his blunt sense of humour.

Rabbie Burns was born, the son of a self-educated tenant farmer, near Ayr on the 25th January 1759. Burns was mainly educated by his father and at the age of 15 he was working as a labourer. During the harvest of 1774 he met a girl and fell in love, leading to his first poem; O, Once I Lov’d A Bonnie Lass.

During his youth, Burns embarked on a large number of romantic affairs and fathered a number of illegitimate children. He was eventually forced to marry Jean Armour, but continued to have affairs and sire children.

All of Burns’ lovers inspired poetry and he published his first book in 1786 at the age of 27 to wide acclaim. He embarked on a tour of Scotland and England, writing hundreds of poems and songs and preserving Scottish folk songs.

Who was Rabbie Burns?

Rabbie Burns died in Dumfries on the 21st July 1796 at the age of 37. The funeral took place on the 25th July 1796, the day his son Maxwell was born. By the time of his death Burns had fathered over 20 children, 14 of whom survived infancy.

Burns became a Scottish national hero and his birthday is celebrated every year on the 25th January as Burns Night, a holiday more widely celebrated than St Andrew’s Day.

Burns’ legacy lives on in his hundreds of instantly recognisable poems and songs and his influence on some of the greatest romantic poets including William Wordsworth, Samuel Taylor Coleridge, and Percy Bysshe Shelley.

How do you feel about Rabbie Burns? Wil you be celebrating Burns Night?

Read our guide to Toasts and Rabbie Burns Night

Our aim is to provide content for 'grown-ups' bringing you the latest lifestyle, travel and recipes. Plus health and finance tips from our expert columnists. Have your say on stories that matter to you and enter our free competitions and most important of all, enjoy 50connect!
Last modified: January 25, 2022 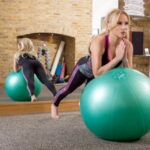 Next Story
Discover beauty at the cultural heart of Germany