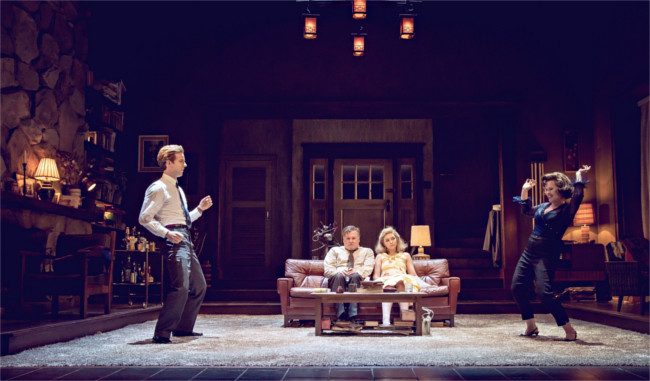 Marriage is seen as a bitter gladiatorial show in Edward Albee’s lacerating Sixties drama Who’s Afraid of Virginia Woolf?, winner of multi-Tony and Pulitzer prizes, and revived in an outstanding new production, directed by James Macdonald, at the Harold Pinter Theatre.

In the early hours of the morning on the campus of an American college, Martha, the monstrous, yet vulnerable daughter of the New England college president, trapped in a sour marriage has, much to her husband George’s displeasure, invited the new professor Nick and his wife Honey to their home for some after-party drinks . As the alcohol flows and dawn approaches, the young couple are drawn into George and Martha’s toxic games, until the evening reaches its climax in a moment of devastating truth-telling.

This is a perfectly balances production that ensures this modern classic still feels lethal and relevant. The humour is merciless and the pain exquisite. At one point George picks up a rifle, aims it at Martha and pulls the trigger, but instead of a bullet, an umbrella bursts out. Indeed this is one of the best plays ever written about a marriage on the rocks and is sharply rooted in psychological realism. Albee shows us here a couple tearing each other and their party guests apart and makes it clear that many modern marriages are sustained by destructive role-play.

Imelda Staunton gives a brilliant performance of wounding intensity as Martha, who shows from the start that she enjoys humiliating her husband George and relishes his occasional comebacks. Everything she does, you feel is calculated to goad him into a reaction, she invokes their supposed son as a deliberate provocation and points a derisory finger at her husband, scornfully describing him as “It-That-There.” She also wraps herself round her good-looking guest Nick with feline cunning and proceeds to flirt with him in front of George. But Staunton is at her best in the final act with her guard down and discarding her Mae West drawl, she reveals Martha’s desolate sadness and self-loathing as she says George must be punished for making "the hideous, the hurting, the insulting mistake of loving me.” Alongside her, Conleith Hill is equally impressive as paunchy professor George, a loser whose defining feature is a slumped posture of booze-sodden disappointment, but inside whom lurks both violence and malign cleverness.

Luke Treadaway (whose won the Best Actor Award at the 2013 Olivier Awards for his role in the Curious Incident of the Dog in the Night) convinces as the cocky and empty-headed Nick, while Imogen Poots making her West End debut skillfully suggests the jittery bewilderment of Honey, who treads an uncertain path between politeness and absurd naivety.

This engrossing unmissable three-hour production left me both shaken and stirred and certainly goes down on my ten best list for 2017.

Playing at the Harold Pinter Theatre until 27 Amy 2017

My day job is director of content for Olderiswiser Media Limited and I've spent the past 20 years developing consumer and commercial content strategies for print and digital publishers.
Last modified: March 17, 2017 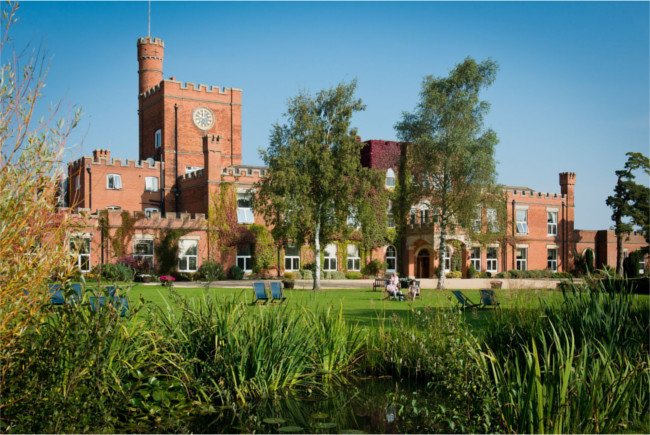 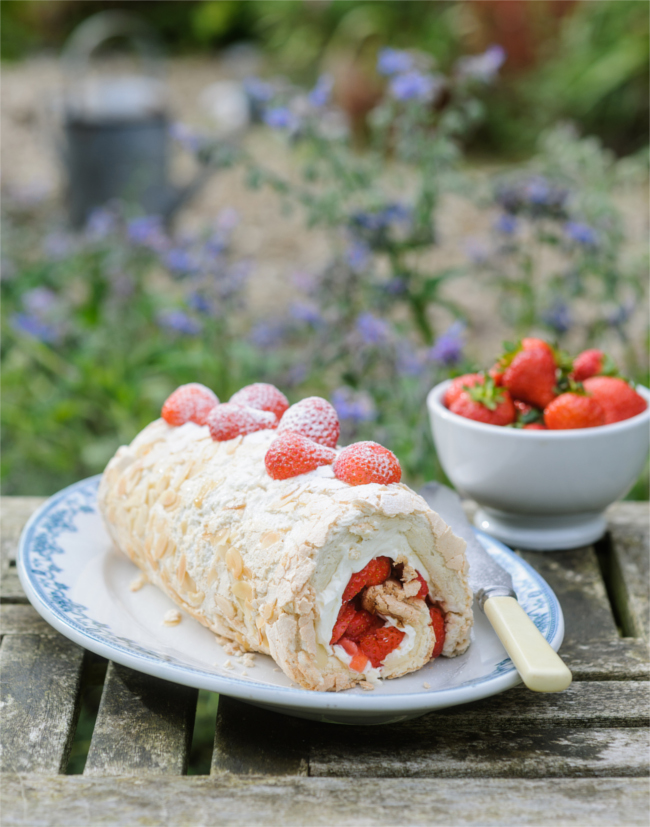