Gone but not forgotten: Fraserburgh disaster

Fifty years ago, five lifeboat crew lost their lives when the Fraserburgh lifeboat capsized in heavy seas. This is the story of their final fateful launch 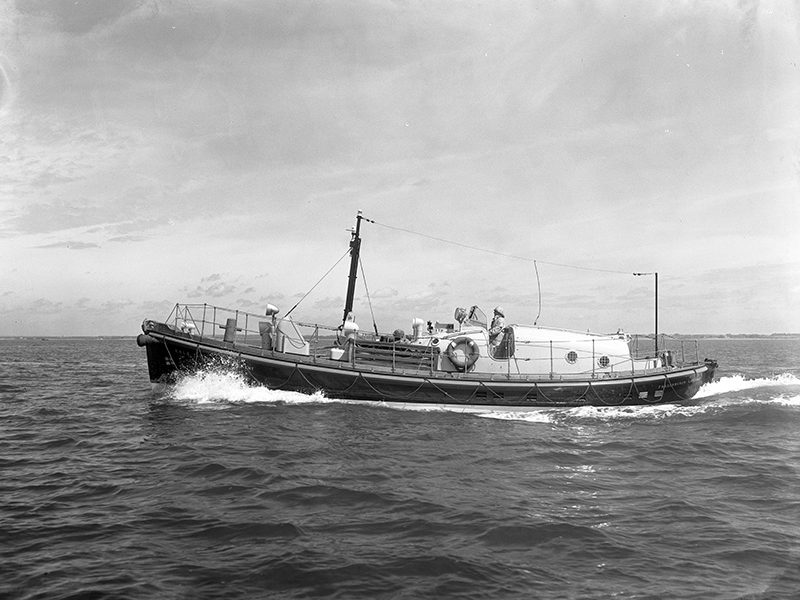 When seawater flooded the engine room of the Danish fishing boat Opal, the skipper radioed for help fearing for his boat and crew. The engine cut out and the boat was powerless in a force 6 or 7 near gale and with breaking 5m waves.

In Fraserburgh, the early morning sky was still inky black. Schoolboy Billy Watson, 14, was on his paper round when he saw a flash then heard a bang. Billy, now 64, recalls: ‘It was the maroons signalling the lifeboat was about to launch.’

Coxswain John Stephen and crew set off at 7.34am on 21 January 1970 in the lifeboat Duchess of Kent. The crew faced a 3½-hour struggle to reach Opal in tumultuous seas. The wind was now gale force 8 or 9, with waves reaching up to 10m.

The Duchess of Kent reached the fishing boat at around 11am. Then the sea dealt a deadly blow. As John Stephen and his crew attempted to manoeuvre into position, they were caught by a huge wave across their bow. The wave lifted the lifeboat into the air before cartwheeling it bow over stern then thumping it back down on the water upside down.

Four of the brave crew died that day, trapped inside the upturned hull – John Stephen, James Buchan, William Hadden and James RS Buchan. The body of a fifth, Frederick Kirkness, was never found.

Miraculously, one crew member, Jackson Buchan, who was acting as lookout on the deck when the wave struck, escaped and was rescued by a Russian trawler.

The crew of one of the vessels at the scene – Victor Kingisepp – tried to reach the trapped men in time, to no avail, so then began the grim business of towing the salvaged lifeboat to shore.

The Buckie lifeboat took over the tow, and the bodies that had been recovered finally arrived in Buckie Harbour at 5.40pm, some 34 hours after the Duchess of Kent had launched.

The Queen sent her condolences and the skipper and crew of Opal attended the funerals. The whole town was in mourning and the tragedy rekindled memories of two previous lifeboat tragedies earlier that century.

Paperboy Billy now volunteers at the station. He recalls the moment the news broke: ‘Our teacher came into class and said “the lifeboat’s just capsized”. We all went quiet, we were stunned. With our lifeboat crew gone, the life force of the town, its sparkle, had been taken away.’

The lifeboat Duchess of Kent never launched again, but Fraserburgh men and women still volunteer at the station. With you and the community supporting them, they’re ready to save those in peril on the sea.

Gifts in Wills provide state of the art kit and training our crews need to get home safely. Find out how you can have your Will or updated for free, or request our free Gifts in Wills guide here or call us on 0300 300 0124.