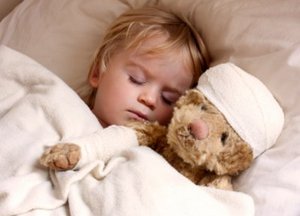 Today, in support of World Meningitis Day, the UK’s leading meningitis charities have joined forces to call on parents to educate themselves about bacterial meningitis, an illness that kills more children under five in the UK than any other infectious disease.

With the UK highlighted as one of the top three meningitis hotspots in Europe , the charities are calling for parents to ‘Pledge to Protect’ their children by learning about the signs and symptoms of meningitis and spreading the word through their joint campaign Meningitis: Keep Watching.

The UK has some of the highest rates of bacterial meningitis (the type that can kill within hours) in Europe, so the need to spread the word about the disease is more urgent than ever.

The charities originally joined forces to launch Meningitis: Keep Watching last September, prompted by concerns that many parents mistakenly think their children are protected against all types of the disease. The campaign has already attracted a great deal of support from parents through the Meningitis: Keep Watching Facebook page, along with backing from the Picturehouse cinema chain and leading parenting website Netmums; however World Meningitis Day provides another opportunity to talk to parents about meningitis and engage them in spreading awareness.

Despite successful vaccination programmes in the UK, children are currently not protected against Meningitis B – the most common form of bacterial meningitis in the UK. This can lead to parents missing the symptoms and delays in seeking medical advice, which can cost lives. The scale of the problem is highlighted in research showing that more than two-thirds of parents in the UK are unaware that current vaccinations do not protect their children from all forms of the disease.

“One of the biggest myths is that children are protected against all types of meningitis through vaccination and this is, in reality, not the case”, says Dr Nelly Ninis, Consultant Paediatrician at St Mary’s Hospital London and supporter of the Meningitis: Keep Watching campaign. “Children are only protected against some types of meningitis so parents must be aware of the signs and seek urgent medical help as this disease can maim or kill within hours.”

Anyone can catch bacterial meningitis at anytime. As many as one in ten of those infected will die and up to one in five survivors will be left with after-effects including brain damage, amputations and hearing loss which may require ongoing care.

Meningitis Research Foundation, Meningitis Trust and Meningitis UK have united for the Meningitis: Keep Watching campaign. The Facebook initiative includes an awareness film and fun quiz to help educate parents about what to look out for and utilises social media so people can spread the word easily through their networks of friends and family.

Meningitis: Keep Watching is now urging parents and families to ‘Pledge to Protect’ their children from meningitis by:

“We cannot stress enough the importance of knowledge and awareness when it comes to meningitis”, said the meningitis charities in a joint statement. “Around six families a week lose a loved one to this devastating disease and we are working hard to help families avoid having to face this horrific situation. We are appealing to parents to visit the Keep Watching Facebook page and learn about meningitis and take the Pledge to Protect. This information could ultimately save lives.”

To Pledge to Protect visit www.meningitiskeepwatching.co.uk. 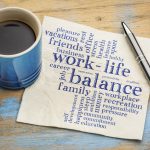 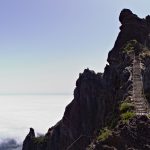 Next Story
Walking in Madeira: The Historic Levadas