One of our greatest living playwrights, Tom Stoppard is back after a nine year absence with his latest work The Hard Problem (Dorfman Theatre at the National) but sadly the play fails to live up to expectations.

Hilary, a young psychology researcher at Kroll, a brain-science institute, is nursing a private sorrow – she had to give up her baby daughter for adaption – and a troubling question at work, where psychology and biology meet. If there is nothing but matter, what is consciousness? This is the ‘hard problem’ which puts Hilary at odds with her colleagues who include her first mentor Spike, her boss Leo and the billionaire founder of the institute, Jerry. Is the day coming when the computer and fMRI scanner will answer all the questions psychology can ask? Meanwhile Hilary needs a miracle and she is prepared to pray for one.

You approach a Tom Stoppard play expecting to be intellectually stimulated but also to have to put in some strenuous exercise of your own grey matter. And while this play raises some important and intriguing questions, they are never explored in any depth and no answers are provided. What we are left with is a rather trite tale that, with the exception of the sparky, vital protagonist, Hilary, features shallow, somewhat clichéd characters.

Bob Crowley’s design is dominated by a tangled mass of cables that mimics the complex wiring of the brain and shimmers with light between scenes.

This is the last play that Nicholas Hytner directs as the artistic director of the theatre and he elicits a sterling central performance from Olivia Vinall, conveying a radiant vitality as the troubled Hilary, the researcher plucked from obscurity to wrestle with psychology’s most intricate problems. Damien Molony as her on-off lover Spike, Anthony Calf as the brusque Jerry, Jonathan Coy as her anxiety-ridden department head Leo, Vera Chok as her dazzling protégé Bo, and Parth Thakerar as her cocky as her cocky rival Amal attempt to put some flesh and blood on their one dimensional characters.

We come out of the theatre contemplating the compromises we make in relationships and the dangers of being all head and no heart but just wish the play could have had more dramatic impetus.

Continues in repertory until April 16 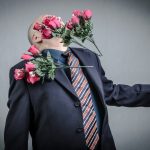 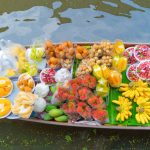 Next Story
Local markets around the world